The Rule Of Law Is Overrated 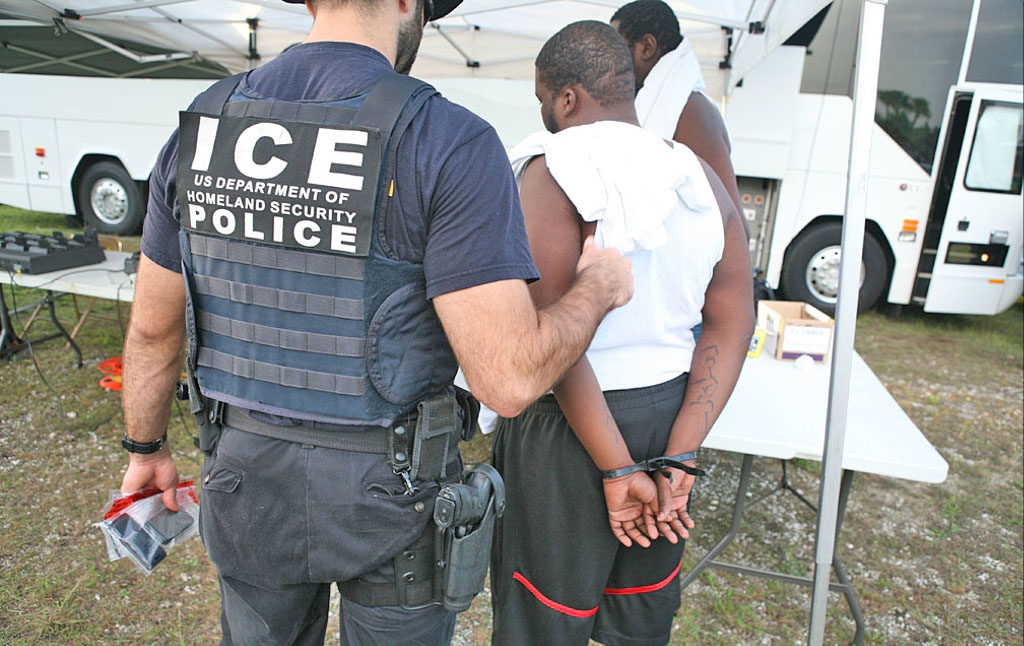 Is it ethical to send people you know to prison for immigration violations? Only if you look to the law for moral guidance.

Appiah is answering a reader’s question about marriage fraud. The reader has discovered that an acquaintance has gotten married solely in order to obtain a green card for her spouse, and wants to know whether it would be ethical to turn the pair in to the feds. Appiah, a professor of philosophy at NYU, answers that it would. While the reader is not obligated to report any immigration violations she knows about, it would be a decent thing to do. As he explains:

Given that you’re clearly not the only person who has the relevant information, and given the diffuse nature of the harm, you’re not obligated to report what you know. But provided you are morally certain about your conclusion, it would be a good thing if you did. U.S. Immigration and Customs Enforcement has a website where you may report anonymously.

Appiah grounds his argument in the concepts of fairness and the rule of law. We have a set of rules and procedures for a reason, he says. It wouldn’t be fair for some immigrants to “jump the queue” while others waited their turn and followed the rules (as Appiah, a British immigrant, did). After all, it is “the nature of the nation-state arrangement that states have a right to regulate who crosses their borders.”

All of which sounds a bit persuasive. But, as is so often the case, the words mask the human reality. Immigration fraud is, after all, a federal crime punishable by up to five years in prison and a $250,000 fine. (Immigrations and Customs Enforcement distributes a flyer on the subject featuring a cheery pun on how “walking down the aisle” of a church could lead to “walking down the aisle” of a prison corridor). Donald Trump’s administration has considerable power under existing law to come down harshly on those who commit fraud. And judging by his recent executive actions on immigration, there’s no reason to think he wouldn’t.

Thus Appiah is recommending a course of action that could cause two people very serious harm, getting the noncitizen thrown out of the country and the citizen prosecuted and possibly imprisoned for a felony. Yet nowhere in Appiah’s consideration of the ethics of the matter is there a discussion of these consequences, or why the benefit that comes from giving the government information about a violation outweighs the harm you would do to people’s lives.

That’s because Appiah strongly believes, as many liberal-minded people do, in the Rule of Law. Under the rule of law, it doesn’t matter whether a law is harsh or unfair. It is the law, and it must be obeyed. Even if a law is so morally abhorrent to you that you feel compelled to disobey it, you must nevertheless accept the punishment that comes along with civil disobedience. The punishment doesn’t enter into Appiah’s ethical calculus because it isn’t relevant: the question is whether the law should be obeyed, and it should, because rules are rules regardless of what we may personally think about them.

The problem with this kind of thinking is that it does presume that the laws are generally fairly good. There’s something dishonest here: we pretend that we believe that the law is the law and must be obeyed. But nobody would take this to its extreme. After all, if we were operating under fascist law, and the penalty for visa fraud was the death of the violator and their entire immediate family, Appiah would presumably not recommend turning someone in. That would be because he felt the law was cruel and unjust. Thus you can say that you believe people ought to follow the rules because they’re the rules. But you’re implicitly also endorsing the substantive provisions of the specific rules in question, because if the rules deviated too far from your own sense of fairness, you would no longer believe that they needed to be deferred to without consideration for the costs and benefits of the punishment.

Many people invoke “rules are rules” logic. But they are all being dishonest. Nobody actually believes in the rule of law. They only believe in the rule of the laws they are okay with. For example, when Kentucky court clerk Kim Davis refused to issue same-sex marriage licenses, many progressive people insisted Davis should “do her job,” because the law was the law and she should enforce it. But if, in an alternate political world, the law required Davis to shout offensive homophobic slurs at every same-sex marriage applicant before stamping them all DENIED, the same people who insisted she should Do Her Job Because It Is The Law would be celebrating her as a hero if she was the sole clerk who refused to obey her instructions. Every insistence that we should Follow The Law contains some kind of implicit approval of the law’s substance, because nobody is willing to follow the principle to its total extreme end point. (Even the most devoutly law-loving conservative would begin to recognize the limits of the principle if a law were passed requiring them to murder their family and burn down their church.)

This is not to say that the rule of law is a meaningless value to hold. It’s perfectly fine, and probably necessary, to believe that many laws we don’t like should be obeyed simply because they’re laws. The point, however, is that it is important to recognize that nearly everyone only believes this up to a point. Their invocation of the rule of law to defend a particular rule also contains a tacit acknowledgment that the rule in question is not so unjust as to be worth violating.

In times where laws are basically non-horrendous, this distinction may be so trivial as to not be worth discussing. If you believe that even the worst laws are not so bad that they are worth jettisoning The Rule Of Law for, then there’s no problem. But Trump’s America could force liberals to reckon with the question of when a law conflicts with your values to a point where it should not be deferred to. If helping uphold the law means helping Donald Trump send my acquaintances to prison for immigration violations, is it enough to invoke law and order for this to be an ethical course of action?

Kwame Appiah believes that a country’s immigration rules are its immigration rules, and that they should be followed for that reason. But he also believes that the particular immigration rules in America are fair and should be followed. (Interestingly, the immigration system is actually set up in a way that lets British immigrants like Appiah “jump the queue,” which perhaps partially explains why he does not see much of a problem with the rules as they exist.) They’re not, though. They’re cruel, and about to get far crueler. And those who insist that rules are rules may find themselves justifying increasingly inhumane sets of consequences.