Not Here To Make Friends: A Statement of Support For George Ciccariello-Maher 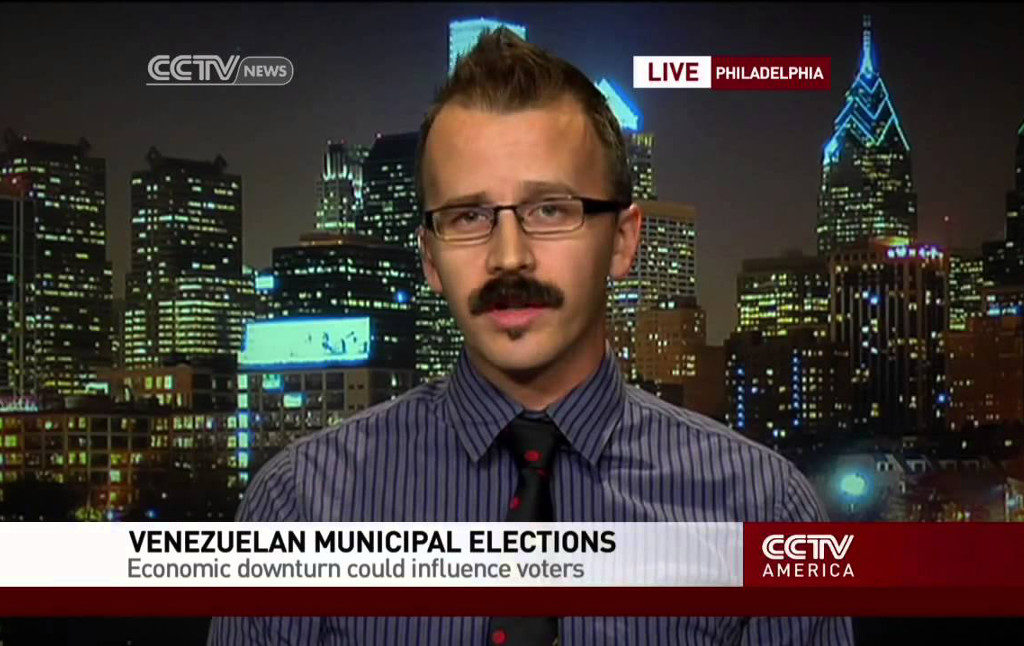 Nobody should suffer employment consequences for political speech on Twitter. Period.

It should be pretty obvious that you don’t have to like someone to stick up for them when the fascists come.

As with most of my comrades, I first “met” him online, probably through some ridiculous ultra-leftist Facebook group that I can’t remember but likely left due to irreconcilable infighting over, I don’t know… speculation over how Bordiga would have felt about pornography. I found George very rude and condescending. He felt the need to “warn” me about my more “problematic” friends, which I consider a sort of sexist paternalism. I didn’t like his politics, which I found shallow and histrionic, or his passive aggression, which I found cowardly. Also, as a highly judgmental person who refuses to consort with anyone who is less than very cool or charming, I decided that the white guy academic who wrote “Brechtian Hip-Hop Didactics and Self-Production in Post-Gangsta Political Mixtapes” was a tryhard nerd. Perhaps most unforgivably, his jokes were unfunny. Not offensive in any way—just unfunny.

But none of this matters, because George is under attack. After making an obvious joke at the expense of white supremacists (once again utilizing that classic Ciccariello-Maher wit), an avalanche of right-wing media opportunists seized upon the offending tweet. The hysteria of reactionaries is nothing new, but shockingly, George’s cowardly employers at Drexel University publicly censured him, a ridiculous breach of both academic freedom and free speech.

To quote the folk heroes of our time: I’m not here to make friends. Solidarity is not dependent on amity or admiration, it is the acknowledgment of a shared struggle for dignity, liberation and rights, applied consistently to all of humankind. There is no such thing as conditional solidarity, and while petty bullshit is the spice of life, the work of left politics requires some truly flavorless battles.

The people that any ostensible leftist is obligated to stand up for will not always be likable. Usually they won’t even be leftists. They will have different politics, values and cultures than you. They will overcook their steaks. They will enjoy, and perhaps even prefer, the later seasons of The Simpsons. They will make atrocious decisions in facial hair, which you will suspect they styled in a pretentious effort to look “more ethnic.” They will act in bad faith. They will have bad manners. They will be dull, they will be snobs. They will get on your fucking nerves.

Suck it up. We are fighting for all.

The rule is: nobody should be punished by their employer for the dumb jokes they make online. Nobody should have to worry about having their material security taken away because something they said on Twitter got misinterpreted. Period. It doesn’t matter who they are. It doesn’t matter what you think of them. Because universal human entitlements are universal. That’s the entire point of them. The moment your personal opinions of someone affect whether you believe they ought to be protected, you’re no longer a leftist.

We at Current Affairs stand with George Ciccariello-Maher without qualification or reservation, and we believe he would do the same for us. We’re with you, comrade. Don’t let the bastards get you down.