It Is Perfectly Acceptable To Unashamedly Enjoy Avocados 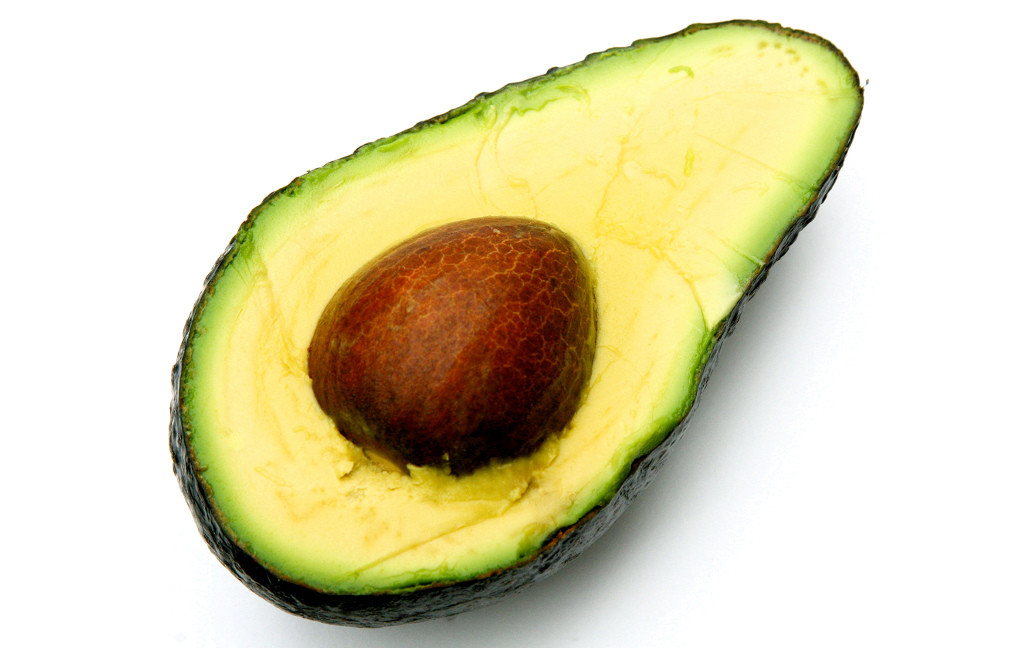 Ignore those whose income depends on spoiling things people enjoy…

The Guardian has a wake-up call to offer avocado-eaters. In an opinion piece, food writer Joanna Blythman tells us avocado toast is creating an “emergency” in Mexico. “Hipsters,” she says, are “oblivious” to the deleterious effects of their large-scale avocado consumption.

Blythman’s anti-avocado argument is highly selective. She says that some mature pine forests are being “thinned out” to accommodate new avocado trees. Indeed, avocado farms are causing increased deforestation in certain parts of Mexico, though it’s not clear how serious the ecological threat is. For Blthyman, this is enough: avocados must go, and hipsters are ruining the world.

But the flip-side of increased avocado consumption is, of course, a booming avocado industry. In fact, the Guardian’s reporting on the environmental problem points out that Mexican avocado farmers are now earning sums of up to $500,000 per year on the yield provided by a single plot of land. The head of Mexico’s National Institute for Forestry, Farming, and Fisheries Research, while lamenting the effects of avocado farming on the country’s forests, noted that “avocado farming is very attractive, because of the prices being the way they are.”

The question of “optimal avocado growth” seems a highly complicated one. On the one hand, growers in the “Avocado Belt” are now flush with incoming Chipotle money. On the other hand, forests are being destroyed and avocado trees guzzle obscene quantities of water. It’s very tricky (and possibly unanswerable) to determine whether the economic benefits to Mexicans outweigh the environmental costs. But regardless of how you come down on this question, the “eating avocados hurts Mexico” story is far too simple. Diminishing water supply is a chronic global consequence of climate change, and factory farms are far more environmentally costly than the avocado industry. As one commenter put it, “How about we keep our avocado trees and plant some more, but stop destroying the environment for bullshit reasons like building malls, resorts and printing useless stuff?” Climate change and environmental destruction are not happening because hipsters like avocados. Nor can they be fixed by hipsters feeling guilty about eating avocados.

This gets at the real problem with arguments like Blythman’s: they treat systemic problems as if they are the product of narrow individual consumption choices, and can therefore be fixed through changes in those choices. Blythman warns that cartels in Mexico take a portion of avocado profits. But the cartels aren’t going to go away, or be affected much at all, if Brits go back to using jam on their toast. Identifying the problem as “hipsters,” and trying to make them feel guilty, lets the major culprit (a vicious global capitalism that insatiably devours the planet’s resources) off the hook.

But to suggest Blythman is simply misidentifying the problem gives her too much credit. In fact, the article exists entirely to be provocative. Otherwise, why would it so fail to answer simple questions like (1) How much are Mexican farmers benefiting? (2) What is the extent of the environmental damage? (3) How would changes in consumption habits affect the problem? This is an article designed entirely to irritate people, and thereby to get clicked on. It “calls out” Westerners for their avocado “fixation” and “fetish.” As such, sanctimonious lefties will spread it all over Facebook, and sneering rightists will hold it up as an example of the latest social justice absurdity.

In fact, we can almost identify a “food contrarianism” subgenre of online content, which generates attention and outrage by seizing on a popular food item and telling people why it is either immoral or crass for them to enjoy it. A few days ago, Meredith Heil of Thrillist got herself noticed by publishing an article entitled “Ketchup Is A Garbage Condiment And You’re A Moron If You Use It,” the central argument of which is that ketchup is only enjoyed by rubes, like GOP convention-goers and the Midwesterners she grew up with. (I do not know whether Meredith Heil lives in Brooklyn, but somehow I suspect she does, and that this has more to do with performed disdain for her Midwestern roots than with any actual problem there might be with ketchup.)

The Guardian itself has fully exploited the clickability of “this food you like is bad” pieces. Last year, writer Tony Naylor took on “brown sauce,” the U.K. version of steak sauce. Naylor wrote that the sauce, which is both tangy and spicy, amounts to nothing more than “chauvinistic flag-waving,” since it contains the sort of jumbled mixture of ingredients that Phileas Fogg might have thrown together after an adventure round the world. Naylor invoked the specter of colonialism, writing that “just as in the age of empire we ignored or abused indigenous peoples, so too their ingredients.” It does not occur to Naylor that it might be offensive to make an analogy between “mis-combining spices” and colonial crimes like the Amritsar massacre. (That was the one in which a British colonel ordered the killing of hundreds of nonviolent Indian protesters, reasoning that “it was my duty to open fire on them” because if he hadn’t, they would have laughed at him, and he would have—in his words—“made a fool of myself.”) Naylor even concedes that the sauce was actually invented in Nottingham, rather than being poached from a conquered colony, but says that this “hardly matters” since the sauce still reminds him of “jowly, Victorian and Edwardian gentlemen whose palates [were] befogged by years of brandy and cigars.”

Last year, the Guardian even tried to earn the ire (and clicks) of the entire British public with a column titled “tea is a national disgrace,” in which writer Joel Golby made the case that “it’s just hot brown slop you dip biscuits in.” (This is like calling a 1937 Chateau d’Yquem Sauternes “just some rotten old grape juice.” Note that you could use this method to dismiss nearly any tasty thing. Try it!) Golby said that tea was “up there with colonialism” as “the worst possible English trait.” Leave aside the fact that people from Shanghai to Baghdad to Mexico City all enjoy tea, so that the idea of tea as uniquely English is just a bit… colonialist in its premises. Golby recommends cussing out one’s “nana” the next time she lovingly tries to offer you a cup, by firmly telling her “Nana, tea is shit.”

Are any of these writers serious? Golby says he “doesn’t think it’s hyperbole” to say that getting tea for one’s office-mates is “one of the worst punishments that can be inflicted on a human being,” a process which involves such unbearable torments as having to “look for a tray.” Surely this is hyperbole. But he said it wasn’t hyperbole! I suppose that’s the joke: the comically hyperbolic denial that one is speaking in hyperbole. And yet, at the same time, Golby actually doesn’t seem to like tea. Or does he?

It can be impossible to penetrate the multiple levels of irony to discover what these writers really think. But that’s partially because such articles don’t emerge out of the writers’ deepest convictions, but rather from the economic necessity of content-generation. As an online writer, you need to put out regular takes, the hotter the better. That means your opinion had better be a strong one, and should anger as many people as possible. If you like ketchup, you’re dumb! Tea is for colonialists. If you eat avocados, you hate Mexico. What tea-drinking avocado-muncher could resist clicking the headline to find out the author’s arguments?

Those arguments are almost always incredibly lazy. They toss out the word “colonialism,” or simply make vulgar over-the-top declarations. But that’s what we would expect from content created for economic rather than ideological reasons. It’s tempting to view certain kinds of food-contrarianism, especially ones that invoke the British Empire, as part of the same tendency that thinks bad Vietnamese dining hall food is “cultural appropriation.” But many of these articles are not especially political. They exist because of the requirements of the content industry rather than because of social justice dogma. Every day The Guardian needs to have some opinions. And those opinions must be counter to conventional wisdom. “Avocados are pretty good” or “I like drinking tea with my nana” do not make for a sufficiently high share-count. (Naturally, the phenomenon is not limited to food, and extends to all things people might possibly enjoy. Witness left-wing magazine Jacobin explaining why Pokémon Go is reactionary and should be resisted.)

Current Affairs has not been immune from this. Like anyone else, we are acquainted with the pleasures of scurrilously bashing popular things (although we strongly insist that when we do it, it is completely warranted; that Alexander Hamilton musical is right-wing rubbish). But on the whole our philosophy is, to deploy a nauseous coinage, “Wittgensteinian”: when there is nothing to say, one must not speak. Some weeks, we simply do not publish things. This is as it should be.

Unfortunately, this model is an economic disaster. If you aren’t cranking out the content, you aren’t raking in the clicks. And so we are compelled toward a dispiriting conclusion about the contemporary global economy: so long as international capitalism reigns, it will continue to inflict two equally horrendous punishments: avocado-induced deforestation itself, followed by Guardian hot takes about avocado-induced deforestation.

[Update: Meredith Heil does, in fact, live in Brooklyn.]