The Irony in Democrats’ Celebration of Muslim Lives 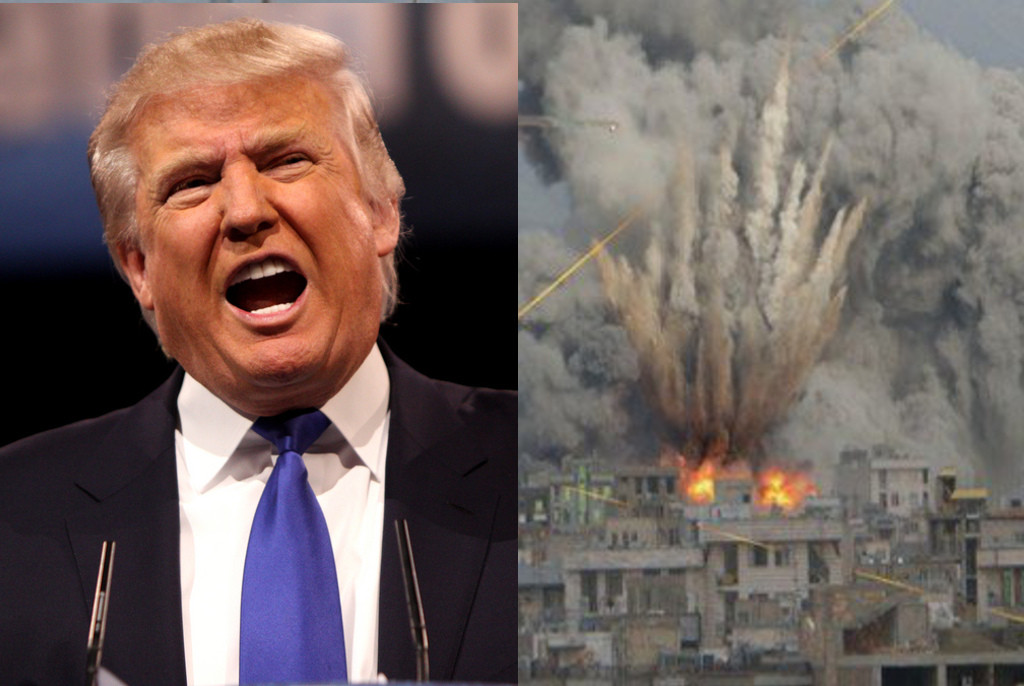 While Trump verbally disparages Muslims, a Democratic president is actually killing Muslim children by the dozen.

Donald Trump is currently being rightfully denounced for some sick remarks he made about the parents of a dead Muslim soldier. Khizr Khan, the father of a U.S. Army captain who was killed in Iraq in 2004, said in a speech at the Democratic National Convention that Trump had “sacrificed nothing” and had no understanding of American values. But instead of eating humble pie (as many commentators pretended that they had expected him to), Trump claimed that he had indeed made many sacrifices and wrongly suggested that Mr. Khan’s wife Ghazala was being silenced due to the couple’s Islamic faith. Democrats responded to Trump’s remarks with outrage, yet again insisting that Trump had hit a new low in his anti-Muslim rhetoric.

Trump’s remarks about the Khans were indeed disgusting, albeit totally unsurprising to anyone even passingly acquainted with his character and history. But Democrats’ morally indignant replies, and loud rhetorical support for the value of Muslim lives, also carry a certain irony. The newspaper headlines today all blare shocking reports about Trump’s continued bigotry. But further down the page, a different story about Muslim lives is receiving far less attention: the U.S. bombing of Syria, and its increasing numbers of civilian casualties. While Trump says racist things about Muslims, U.S. warplanes are actually killing them, something far less discussed even though (or perhaps because) it morally implicates Democrats.

In the last several weeks, multiple U.S. airstrikes on Syrian villages have had alarmingly high civilian death tolls. On July 19th, United States warplanes bombed a cluster of houses in the village of Tokkhar, where hundreds of people were taking refuge from fighting. The airstrikes killed at least 73 people, mostly women and children. Then, last week, another U.S. attack on a Syrian marketplace killed another 25 civilians.

The civilian deaths have outraged human rights organizations. The Syrian Observatory for Human Rights suggested that “the number of human losses in the area is rising dramatically” and demanded that the U.S.-led coalition “stop targeting neighborhoods with civilians.” The head of the U.K.-based monitoring organization AirWars said the United States “appears to have relaxed some of their rules concerning civilian casualties.” As the Wall Street Journal has reported, there are “no civilian protections” in place in the Syrian conflict, and the Syrian National Congress warned that current procedures created “a major loophole in the current operational rules followed by the international coalition in conducting strikes in populated areas.” Yet the U.S. has “rejected calls by Syrian opposition figures after Tokkhar to halt the bombings for the sake of thousands of civilians trapped in Manbij.”

The U.S. has also been accused of concealing the true death toll. The lead Amnesty International researcher on Syria has said that, while the U.S. only admits to having cause 55 civilian deaths over the course of the conflict, the true number is is many times that, and the U.S. is responsible for “at least three of the deadliest single air attacks of the war on civilians”  As Amnesty said, “Levels of civilian killings from the coalition are so high now, we are edging towards the 1,000 figure, and they don’t disclose it, they are covering it up… Their investigations are not transparent…They dismiss evidence pointing to civilian casualties… even if there are photographs of scores and scores of dead bodies, with names.”

It’s also important to remember that death tolls themselves only begin to capture the scale of a bombing’s impact. The numbers of injuries are often far higher (and frequently unreported). “Injuries” can mean lost limbs, blindness, and paralysis. They can mean permanent disfigurement. They can mean that a person will never work again, and will suffer from depression and PTSD, or will require medical care for the rest of their lives. Furthermore, even those who are not “injured” can experience deep and lasting trauma, after seeing loved ones or even strangers torn to shreds before their eyes. The actual pain of a mother realizing her child has been blinded, or a brother watching his sister die, is absent from death toll statistics. The familiar language of news reporting, speaking of  “airstrikes” and “civilian casualties,” obscures what we are actually talking about. The worst photographs are always kept out of the press, so as not to upset people’s sensibilities. But it should be remembered that when we are speaking of “casualties from U.S. airstrikes” we are speaking of toddlers being dismembered in front of their parents’ eyes.

Now, fighting ISIS from the sky is never going to be a straightforward matter, and nearly all conflicts produce a certain number of civilian deaths. But it’s important not to let the difficulty of avoiding all casualties serve as a blanket excuse for evading accountability. The complaint of human rights advocates has centered around the fact that the United States is downplaying and concealing casualties, and that the deaths are growing in frequency without any justification. Observers have said that the United States does not appear to be taking sufficient measures to minimize harm, and does not appear concerned with transparently reporting and justifying the damage it inflicts. So while those defending the Obama Administration may be tempted to resort to familiar muttering about the “fog of war,” this avoids answering the real complaint.

The U.S. responded similarly after its bombing of a Médecins Sans Frontières (MSF) hospital in Afghanistan last October. There, a United States airstrike completely destroyed a medical facility, killing 42 people and burning the patients alive in their beds. The Obama Administration refused the demands of MSF and the UN Human Rights Commissioner for an independent investigation by the International Humanitarian Fact-Finding Commission. Instead, the United States military undertook its own inquiry, in which it exonerated itself of war crimes charges. (The military conducted its investigation by smashing its way into the remains of the hospital with a tank, terrifying the medical staff.) Again, the issue was just as much about the lack of accountability after the attack as the attack itself. The U.S. military not only killed several dozen unarmed wounded Afghans and medical staff, but refused to let anyone else try to figure out what happened and whether a war crime had occurred. (The U.S. military did discipline certain staff members with “negative counseling” and “warning letters.”)

All of this occurred under a Democratic president. So while the organizers of the Democratic National Convention where proudly presenting the Khan family as evidence of their superior devotion to Muslim lives (and while DNC attendees were chanting “USA, USA, USA” as if they were frenzied 2004-era Bush Republicans), the Obama administration was directly responsible for killing scores of living, breathing Muslim civilians. While Democrats were voicing their outrage that Donald Trump had said yet another despicable racist thing, the party was speaking up in defense of a candidate who had decimated a Muslim country, and who had actually voted for the senseless war that killed Cap. Kahn in the first place.