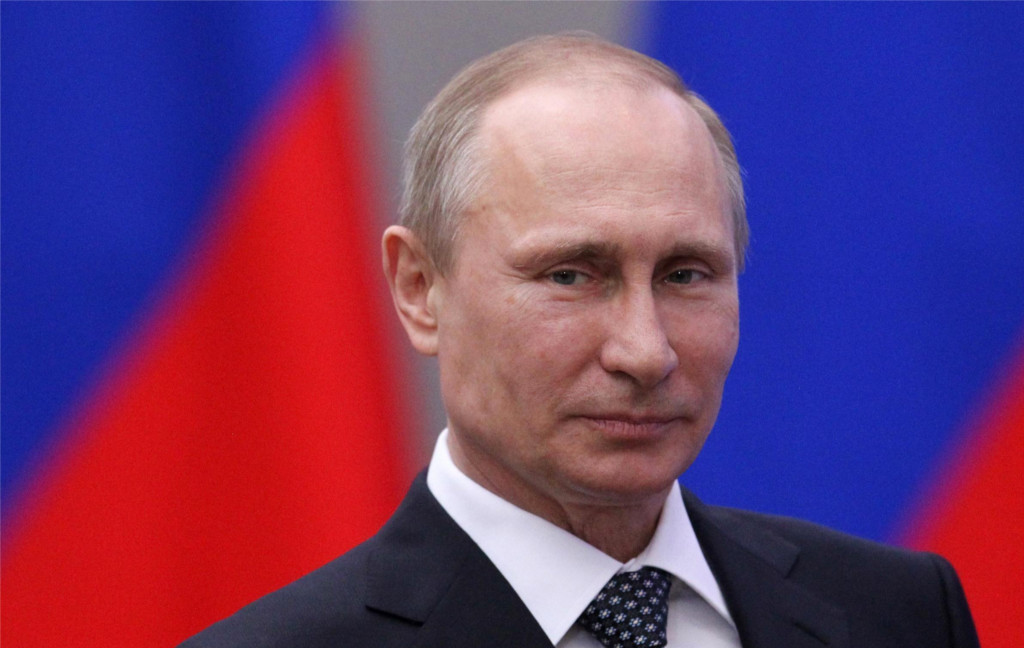 In the past few days, a number of Democrats have revived a long-dormant practice: accusing those to their left of being Kremlin operatives, and discrediting their political opponents with allegations of grand KGB conspiracies. As questions are raised over whether the Russian government hacked the Democratic National Committee’s email servers, certain political elites have used the opportunity to revive an eerily familiar political tactic, one with its roots in the 1950s.

Let’s begin with the facts. Just before the beginning of the Democratic National Convention, a batch of internal DNC emails was released. These mostly showed a party leadership beset by amusing, Veep-like disarray and squabbling. But they also revealed the lengths to which party officials went to butter up donors and the insidious nature of the party’s relationship with the national news media. Most controversially, they revealed that ostensibly-neutral Democratic political officials had in fact been supporting Hillary Clinton during the party primary, and had even sleazily discussed how to use Bernie Sanders’ lack of religion against him.

Those revelations caused the resignation of party chair Debbie Wasserman Schultz. But all of the substantive questions over the emails’ contents have now been overshadowed in the press by a different question: who leaked the emails to begin with?

The suspect list was quickly reduced to one: the Russian government. The evidence for that was murky to begin with but has grown more solid over time. (“Anything’s possible” replied Barack Obama, when asked about possible Russian involvement.) Harvard law professor and cybersecurity expert Jack Goldsmith has cautioned that “there is no public evidence whatsoever tying Russia to the hack,” and that “attribution for cyberoperations of this sort is very tricky and tends to take some time.”

But even before the precise origins and motives for the hack have been sorted out, media figures have been conjuring progressively larger and larger conspiracy theories. U.S. intelligence officials are uncertain whether the hack “was intended as fairly routine cyberespionage… or as part of an effort to manipulate the 2016 presidential election.” Yet the hack is being treated by many as a Russian plot to elect Donald Trump, as part of a Trump-Putin alliance serving Vladimir Putin’s “plan for destroying the West.”

The theory is not confined to a small, deranged political fringe. It is being voiced by respected members of the media establishment. Josh Marshall of Talking Points Memo has said there is “a substantial amount of evidence suggesting Putin-backed financial support for Trump or a non-tacit alliance between the two men.” Former Enron adviser Paul Krugman has enthusiastically embraced the theories and has even implied that Trump may be a Manchurian Candidate. Anne Applebaum of the Washington Post has seconded the idea.

One of the most insistent pushers of the theory is Franklin Foer, the former editor of The New Republic. Last week, Foer offered a detailed list of reasons why the election of Donald Trump would play into Putin’s hands, and why he believed Trump and Putin could be working together. As he wrote, “if Putin wanted to concoct the ideal candidate to serve his purposes, his laboratory creation would look like Donald Trump.” Foer is outraged by the email hack, which he sees as “worse than Watergate”:

This is trespassing, it’s thievery, it’s a breathtaking transgression of privacy. It falls into that classic genre, the dirty trick. Yet that term feels too innocent to describe the offense. Nixon’s dirty tricksters didn’t mindlessly expose the private data of low-level staff… We should be appalled at the public broadcast of this minutiae.

It should be noted, first, that all of these figures are supporters of the Democratic nominee for president, Hillary Clinton, and that the hack of the DNC emails proved deeply embarrassing for the Clinton campaign. The shift from discussing the emails themselves to discussing who leaked them is tremendously helpful in taking negative attention away from the DNC and Clinton. As one BuzzFeed writer put it, “Now Russia is the story.” Neera Tanden, the president of the Center for American Progress, declared: “Wasserman Schultz resigned. So now maybe we can focus on who was behind the leak.” By attempting to turn the email hack into a bigger scandal than Watergate, Democrats serve the twin goals of (1) not having to talk about internal problems with the DNC and (2) further pushing the unsubstantiated Trump-Putin alliance theory. (In fact, we know this was an explicit strategy and not just a stroke of good fortune. When the hacks occurred, Bloomberg reported that “If the Democrats can show the hidden hand of Russian intelligence agencies, they believe that voter outrage will probably outweigh any embarrassing revelations.”)

But liberals in the press have gone beyond simply questioning the source of the email leak. Firmly convinced that Trump’s candidacy is being advanced by the Kremlin, they have also turned against leftists, claiming that they are doing Putin’s bidding. A fellow at the Center for American Progress, for example, accused Intercept journalist Glenn Greenwald of being a “Russia troll.” Josh Marshall pondered how many online “Sanders supporters” and “Trump supporters” were actually being run out of a Russian operation, while a writer at The Atlantic confronted a Bernie fan on Twitter about their suspicious interest in Ukraine. And the Democratic Blue Nation Review, run by longtime Clinton operative David Brock, warned that online “Bernie or Bust” supporters could instead be “sophisticated agitators” in the pay of the Russian government.

Jonathan Chait, a liberal writer for New York magazine, suggested that leftists are reflexive defenders and enablers of the Russian state:

Just as the left of the ’40s and ’50s saw anti-Stalinism as an excuse for Jim Crow, a Glenn Greenwald today casts Russia’s human-rights record in an implausibly favorable light, and reflexively dismisses any contrary view as simple hypocrisy. When Russia menaces Ukraine, The Nation informs its audience that this is perfectly justifiable because Ukraine is not really a country at all.

All of this is very ugly indeed. By conspiratorially positing that those who disagree with them are either intentionally or unintentionally serving the interests of the Kremlin, liberals are reviving the some of the darkest aspects of 20th century political discourse. Just as the movement against the Vietnam War was once accused of being run out of Moscow, and just as the Civil Rights movement was supposedly filled with Communist agitators, liberals have once again revived one of the nastiest traditions in the history of American political smear tactics: the McCarthyist innuendo. Throughout the Cold War, members of the political establishment attempted to discredit those on the left through invocations of the specter of the KGB.

Franklin Foer has a reply to those who accuse him of red-baiting. Because the Russian government is no longer communist, he says, he cannot be engaging in McCarthyism. But the harmfulness of the method is not affected by changes in the political form of the Russian state. The 1950s witch-hunt would have been just as damaging even if the Soviet Union had been an entirely imaginary entity. By inflating Russia’s evils to absurd extremes, and then accusing others of enabling them, one directly recreates the Cold War means of silencing dissent. By treating Russia as an all-purpose bogeyman, even when the U.S. routinely engages in similar behavior, one replicates an atmosphere that allows all criticism of the U.S. to be treated as traitorous.

Besides, the Cold War parallels are coming straight from the accusers themselves. Jonathan Chait explicitly concedes that the dynamics are the same today. Michael Weiss of the Daily Beast calls the DNC hack “the boldest intrusion ever by a past and present Cold War adversary into America’s political decision-making.” (Note the “and present.”) And Foer himself, by referring to Russia’s attempt to undermine the “West,” directly reinforces a Cold War geopolitical framework.

This kind of thinking is disturbing, because of where it leads. First, it takes you further and further away from the land of sober-minded assessment and careful reasoning. Most of the Trump-Putin theories follow the precise same patterns of logic deployed by JFK conspirators and the 9/11 Truth movement. They don’t prove their assertions with direct evidence, but offer all sorts of “suspicious” facts that supposedly imply the conclusion. So we get a lot of “isn’t it interesting that Trump has business interests in Russia?” and “isn’t it convenient that the leaks helped Trump and Trump likes Putin?” Of course, the former is (slightly) interesting and the latter is convenient. But building theories this way turns you into a madman. Look at Foer’s own conclusion:

In the end, we only have circumstantial evidence about the Russian efforts to shape this election—a series of disparate data points and a history of past interference in similar contests. But the pattern is troubling, and so is the premise.

Troubling patterns and premises, rather than troubling facts, are what substantiate stories about black helicopters and chemtrails. When disparate data points will do, one becomes paranoid. But some of the conspiracy-minded liberals seem to embrace that. “Just because you’re paranoid doesn’t mean they aren’t after you,” a BuzzFeed writer reminds us. Of course, it doesn’t mean they aren’t after you. But it does mean your judgment on the question is going to be irreparably compromised.

But the issue here is not really whether the Russian government was behind the DNC hack. It’s that liberals are using the hack, plus a lot of wild, speculative theories about Trump, to avoid substantive criticisms from both their left and right. They have complained that the hack is “clearly intended to do maximum political damage to Democrats on the eve of the convention” and that the Russians are “trying to sabotage an American election.” (Although it was evidently Julian Assange, rather than Vladimir Putin, who chose to time the email release to coincide with the DNC.) These lines leave something unacknowledged: what the “damage” and “sabotage” actually was. In fact, the DNC emails were damaging because they disclosed true facts about the inner workings of the party. Thus to complain about sabotage is to complain that the public found out the truth. If searching my partner’s phone reveals evidence that they have been constantly cheating on me, they may well be right to complain that I should not have looked at the phone, or that what I have done is “worse than Watergate.” Ultimately, though, the search is less important than what it has turned up.

The most disturbing aspect of the Democrats’ current behavior, however, is not that they are prioritizing procedure over substance. It is that they are reviving a brand of political thinking that should have died with the collapse of the Soviet Union. By seeing any and all opposition as the work of secret Kremlin plots, they have returned to one of the most desperate and ugly forms of character assassination in American political history.