Why Doing Harm Is Profitable 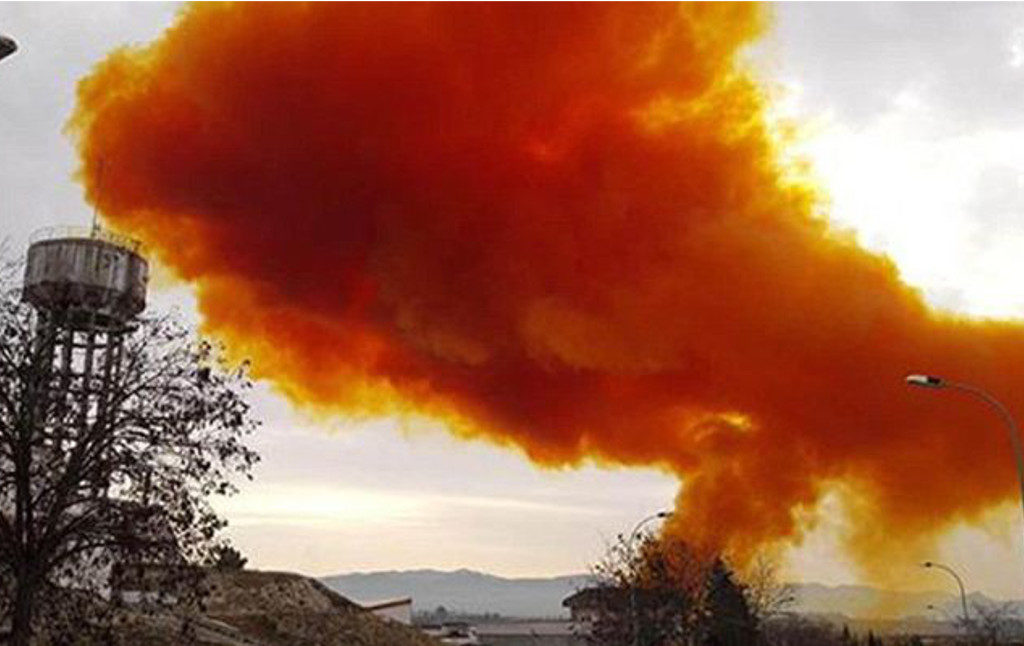 You might think it’s always “bad for business” to cause disaster. You’d be very wrong!

Arlie Russell Hochschild’s Strangers In Their Own Land profiles residents of deeply conservative parts of Louisiana, pondering why they are so opposed to government environmental regulations even as they suffer from environmental catastrophes that stricter regulations could have prevented. I don’t wish here to dive into the many reasons why that is. Instead, I’d like to look at one popular belief that pops up in the book that is very easy to believe but also very wrong. When Hochschild talks to people about the 2010 BP Deepwater Horizon oil spill, she discovers that they are all strongly opposed to Barack Obama’s temporary moratorium on deep sea drilling, even though they were also appalled by the spill. One of the interviewees says the following:

“It’s not in the company’s own interest to have a spill or an accident. They try hard… so if there’s a spill, it’s probably the best the company could do.”

I think it’s easy to see why people believe this. There’s actually a persuasive-sounding logic to it. Many libertarian economists believe it entirely. The argument, expanded a bit, goes: The fact that corporations pursue their own financial self-interest means that regulation is not needed. A company that causes disasters is certainly not helping its own profits. BP didn’t want to spill all that oil in the Gulf, obviously. BP has every incentive to avoid oil spills, because they want to keep the oil! Accidents happen, no company is perfect, but ultimately profits and safety coincide. A corporate executive who bungles like this is not actually pursuing the self-interest of the company, and so when corporations produce environmental catastrophes it is not because they are pathologically self-interested, but rather because they were not pursuing their self-interest well enough. Greed is still good.

Why would Boeing want its planes to drop out of the sky? Why would they want to lose customers, send their stock price plummeting, embroil themselves in tort lawsuits from the families of the dead, and create a giant public scandal? Boeing wants its planes to stay in the air. So while they’ll never be perfect, you shouldn’t blame the lax federal oversight or their devotion to profits over people.

Let’s assume that corporations operate according to Milton Friedman’s idea that their only responsibility is to increase their profit. Boeing does that by selling functional planes, BP does it by successfully getting oil out of the ground without spilling it. If an accident happens, their bottom line hurts. But let’s imagine the following scenario: A company can choose to produce a product through Method A or Method B. Method A costs half as much as Method B but carries a one in 10 risk of releasing a giant toxic cloud that will kill a thousand people. Method B is more expensive but does not carry any risk of producing a giant toxic cloud.

Our company doesn’t want to produce a giant toxic cloud. And maybe a one in 10 chance means that it’s better to go with method B. But that depends: Why would the company want to avoid killing people with toxic emissions? On Milton Friedman’s theory of how a corporation should normatively operate—and let me remind you, this guy won a Nobel Prize and Barack Obama’s chief economic advisor declared that “we’re all Friedmanites”—a corporation should actually be indifferent to whether those people live or die. Its sole responsibility is to its shareholders, and we presume that it’s bad for those shareholders if the company kills people.

But why is it bad for them? The toxic cloud isn’t going to kill Westport, Connecticut. It’s going to kill a bunch of poor Louisianans who live next to the new petrochemical plant. The only thing that can make it bad for the company is the consequences of doing it. Meaning: If we have strong tort laws, and courts make sure that companies pay their victims a TON of money, so much that they would never adopt Method A, then it’s no longer in a company’s interest to choose Method A. If our criminal laws are enforced against corporate wrongdoers, and the executives who chose Method A are charged with murder, then that creates a particularly powerful incentive. If there are strong crusading media institutions that investigate corporate wrongdoing, so that the public will turn against any company that is so irresponsible as to choose Method A, then Method A won’t be worthwhile. But if, say, corporations had legal teams so vast that they could ensure victims would never see a court judgment, or if “tort reform” limited damages, or if prosecutors declined to prosecute rich people, or if media institutions were themselves for profit and incentivized to produce clickbait over important investigations, then there would be no reason not to go ahead and release that cloud!

A Friedmanite, i.e. sociopathic, company only has incentives not to hurt people to the extent that there are strong external institutions, in the form of government, media, consumer groups, and labor groups, that can create those incentives. If hurting people doesn’t cost money, then it isn’t in the interest of companies to avoid cheap, risky practices. The “expected return” on a dangerously risky move might be high enough that it is “economically rational” (not to be confused with being “actually rational”).

It’s also important to remember that just because a gamble doesn’t pay off, doesn’t mean it was the wrong move. Even if there are strong coercive external institutions that punish toxic cloud emission, and mean that if you emit the toxic cloud your company will be severely hurt, a company might still take the gamble on Method A, because the potential rewards are so high. If there’s a 99/100 chance that by pressing a given button you get a billion dollars, and a 1/100 chance that you’ll be instantly killed, “self interest” doesn’t necessarily dictate that you’ll stay away from the button. It depends on whether you’re feeling lucky. The 2008 financial crisis was like this. People made piles and piles of money of risky investments, until they didn’t. They weren’t necessarily “failing to pursue their own interest” just because they took risks. For many of them, it was probably a smart move that turned out well. Every company takes risks. What if playing dice with people’s lives actually turns out to be good for BP, on the whole? It might go wrong once or twice, but what if overall they make out pretty well from putting quantity of oil over safety, because the oil makes up for the accident costs? Then what?

To a leftist, all of this is eye-rollingly obvious, especially because we have very clear evidence of how this works in practice. Boeing’s frantic need to beat Airbus, and the absence of independent oversight, led to calamity. Or look at climate change: Fossil fuel companies suffer no consequences for the damage they do, so it’s not in their self-interest to stop. If we applied tort law to the fossil fuel industry, their self-interest would adjust accordingly. Tobacco companies lied to people about cigarettes up until the moment that external accountability made lying a bad idea. But if they expected the law would never catch up with them, and thought their propaganda campaign could be successful, lying was probably the correct business move!

I am actually quite sympathetic to people who swallow these kinds of talking points. They can truly sound persuasive: Why would Boeing not want safe planes? How could bad planes be in their interest? But risking lives can absolutely be in a company’s financial interest, if, as in the case of tobacco companies and fossil fuel companies, you don’t actually have to pay a penalty for the lives you take. And even if you do risk a big penalty, if there’s a big chance that a risk will create a bonanza, and a small chance it will bankrupt you, you might serve your shareholders by taking the risk. (Limited liability offers them pretty comfortable protection.) It’s important to be clear about this, because it’s easy to think that what companies that cause accidents do is recklessly and foolishly pursue their self-interest, and the more sober-minded pursuit of self-interest would be okay. (In other words, you’re just doing Friedman’s idea wrong, rather than Friedman’s idea being wrong.) But it’s pathological self-interest itself that’s the problem, because without the threat of consequences there’s no reason not to pursue harmful causes of action.

BP certainly wants to convince the ordinary Louisianans that Hochschild talked to that the company is a partner and friend. Why would we want to hurt you? We’re all in this together! We’re bringing you jobs. We’re cleaning up the spill, and we certainly don’t want another. Don’t believe them. Milton Friedman was quite clear: All they want is money, and if they can convince people that “big government” is bad and regulation is unnecessary, then environmental destruction is costless. (The companies tearing down the Amazon rainforests, and displacing native populations, are behaving precisely as Friedman would have wanted.) Doing harm is only bad for business if we make it bad for business.