The Brazilian Nostalgia For Dictatorship 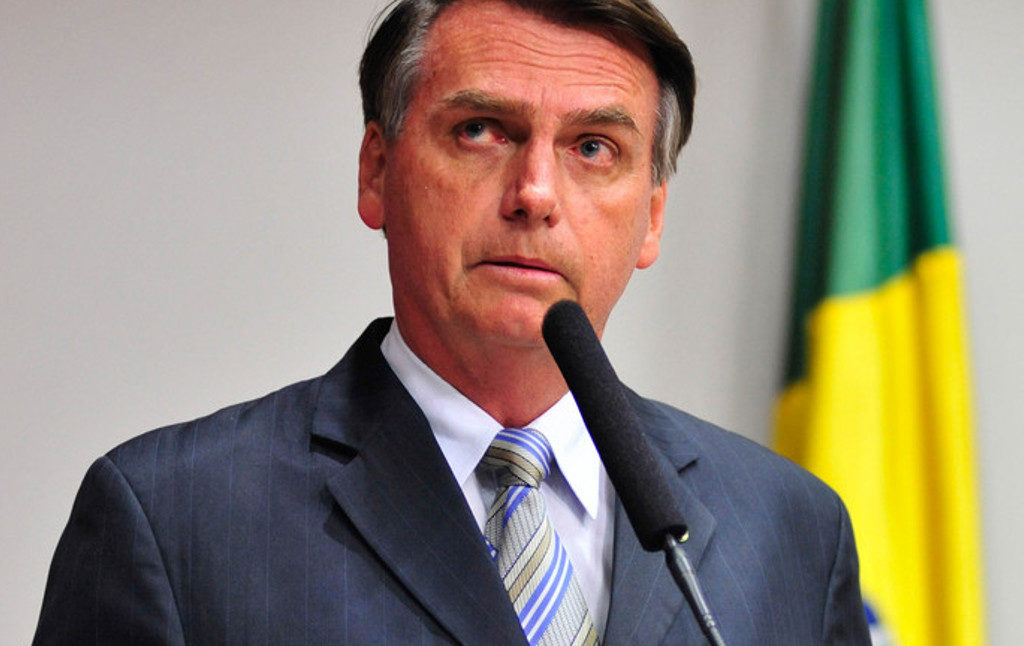 On October 7th, Congressman Jair Messias Bolsonaro secured a place in Brazil’s presidential runoff election. Bolsonaro is competing against Fernando Haddad from the center-left Workers’ Party (PT). Haddad is a moderate college professor and the former mayor of São Paulo, chosen by the PT to replace the popular but highly divisive former President Luís Inácio Lula da Silva who remains jailed under corruption charges. Bolsonaro entered the presidential race in a minuscule political party—the Brazilian system is full of them—called the Social Liberal Party (PSL), which had only one representative in the lower house before this election. His campaign, improvised and informal, focused on distributing memes and spreading fake news on WhatsApp. Nonetheless, Bolsonaro swept the first round with 46percent of the votes against Haddad’s 29 percent, disproving every pundit and opinion poll. Until weeks ago, this outcome seemed unlikely. Yet, a closer look at Brazil’s history of military rule helps explain the appeal of Bolsonaro’s deeply reactionary politics.

While voting to impeach Dilma Rousseff, the first woman President of Brazil, on the Congress floor on April 17, 2016, Bolsonaro declared: “They lost in ‘64, they lost now in 2016 … against Communism, for our freedom … in memory of Colonel Carlos Alberto Brilhante Ustra, the terror of Dilma Rousseff … for our Armed Forces, I vote yea.”  Carlos Ustra was a colonel in the Brazilian Army and the head of the DOI-CODI, a torture center that terrified Brazil while the country lived under military dictatorship between 1964 and 1985. During Ustra’s tenure from 1970 to 1973, DOI-CODI tortured more than 300 people, including pregnant women and children as young as five. Like most Brazilians, Bolsonaro was also well aware that in 1970, military officers had arrested and tortured former President Rousseff for 22 days for being a member of an urban guerrilla group that fought the dictatorship. By evoking the memory of a torturer, Bolsonaro knew which buttons to press.

Bolsonaro has spent his three-decade career in the Brazilian Congress building a public profile as an apologist for the military regime. His discourse reproduces a more pedestrian version of the mentality of the generals who ruled Brazil when Bolsonaro spent as an Army captain, following his graduation from the Agulhas Negras military academy in 1977. It reflects a shallow nationalism and an obsession with persecuting internal enemies—“communists,” “f—-ts,” “subversives,” and “Indians”— and appeals to using clandestine violence to purge the nation of them. It shows an extreme reverence for the Armed Forces, particularly the Army, as the bedrock of the republic, and displays bitter contempt for the electoral process based on the belief that the “rabble” does not know how to vote. In a now famous TV interview from 1999, Bolosonaro declared that the military dictatorship— its hundreds of extra-judicial killings and thousands of people tortured notwithstanding—had failed to “finish its job.” He continued, “You are not going to change anything through voting.” Change, whatever that meant, would only come through a “civil war,” with the Army resuming the dictatorship’s campaign against internal enemies and “killing at least 30,000” more, including most of the political class. In his rhetoric, LGBT and other minorities must learn their place and disappear from the public sphere. Political adversaries are crooked subversives who should be straightened with a “good” beating and electric shocks. And death squads are the permanent solution for common criminals.

There is no question Bolsonaro is a fascist. But he is a Brazilian kind of fascist, astute at drawing upon the aesthetics of violence of the Southern Cone military regimes for his own political gain. Bolsonaro spent most of his political career as a fringe politician. He was a joke to the mainstream media and nothing more than a curiosity nationwide. For a while, his appeal seemed limited to a niche electorate of retired military, police officers, and the then-minuscule far right in Rio de Janeiro. His rallying point, besides diatribes against democracy and human rights, was to improve the salary of personnel in the Armed Forces. This helped elected him to Congress seven times.

Things changed with the profound economic and political crisis that engulfed Brazil in the last four years. With mainstream parties, including Rousseff’s center-left Workers’ Party (PT), mired in corruption scandals, Bolsonaro managed to reinvent himself. He became a crusader against corruption, an outsider who would drain the swamp of Brasília (despite his three decades as a congressman), and the embodiment of antipetismo, the middle-class identity built on class hatred for the moderate welfare policies introduced by the PT. Swiftly, Bolsonaro transformed his obscure PSL into the second largest party in the lower house, only behind the PT. The politicians elected by the PSL comprise a colorful band of right-wing crackpots that include Bolsonaro’s sons, an heir of the Brazilian royal family, a porn actor, and police officers. By supporting Dilma Rousseff’s illegitimate impeachment in 2016, the mainstream center-right parties helped sustain the PSL’s growth. Though the left kept its numbers in Congress, the center disappeared, leaving a void to be filled by the far right. Of course, Bolsonaro is not an isolated phenomenon. He is a Latin American expression of the recent rise of the far right in Europe and North America. Still, the question is raised: How could 49 million Brazilians vote for an apologist of the darkest period in the recent history of the country?

Conservative pundits point to Brazil’s extremely high crime rates and deep economic crisis as factors that make Bolsonaro’s law-and-order discourse attractive. Yet, in Sunday’s election, Bolsonaro lost to Haddad in the states of the Northeast, which have the highest murder rates in the country. At the same time, he won in the State of São Paulo, whose homicides decreased 22 percent in the last five years and is the least violent state in Brazil. Hence, there is more to the story than solely an earnest desire for security. Relying on nostalgia for the Brazilian military regime, Bolsonaro reframes 2018 fascism with unique Brazilian colors. Many of his voters are not actually fascists themselves. They cherry-picked his message, discarding the most authoritarian and bigoted aspects and keeping the anti-systemic vision.

Instead, the recent history of Brazil provides clues that can help us understand the acceptance of Bolsonaro’s military dictatorship nostalgia. The transition from dictatorship to democracy lasted 10 years and was entirely controlled by the military. By the time the generals in power started in 1974 the abertura (opening)—the “slow, gradual, and secure” return to democracy—they had also already killed or forced into exile most left-wing radicals. In 1979, a broad amnesty law allowed political exiles to return to the country. However, the same law prevented those accused of torture and political killings from being prosecuted. Unlike neighboring Argentina, Brazil never tried and convicted the officers responsible for the gross human right violations perpetrated during 21 years of military dictatorship. Moreover, the Brazilian Armed forces never recognized their participation in these crimes. They also refused to collaborate with investigators seeking to find the bodies of those disappeared by the military regime (among them, my uncle, Carlos Alberto Soares de Freitas). Brazil waited 27 years to establish a truth commission in 2012, which eventually published a report with absolutely no legal binding. Afraid of a backlash by the Armed Forces, the federal government largely ignored the report’s recommendations.

To date, Brazil has never fully reckoned with the political crimes of its military dictatorship. This void of justice and consequence has allowed the rightwing to return and thrive. This is the regime in which a man like Bolsonaro can build a fatalist political campaign that presents a return to the “years of lead” as the only solution for the current Brazilian crisis. If Brazil’s first military dictatorship was a tragedy, a second one at the hand of Bolsonaro’s “self-coup” would be a farce.  But Brazilians still have the power to fend off Bolsonaro’s dystopia. This power rests in the hands of everyone who cast blank or null votes in the first round or did not come to the polls. It rests in a vote for PT’s Fernando Haddad in the October 28 runoffs.