Why Nordic “Socialism” Won’t Work In The U.S. 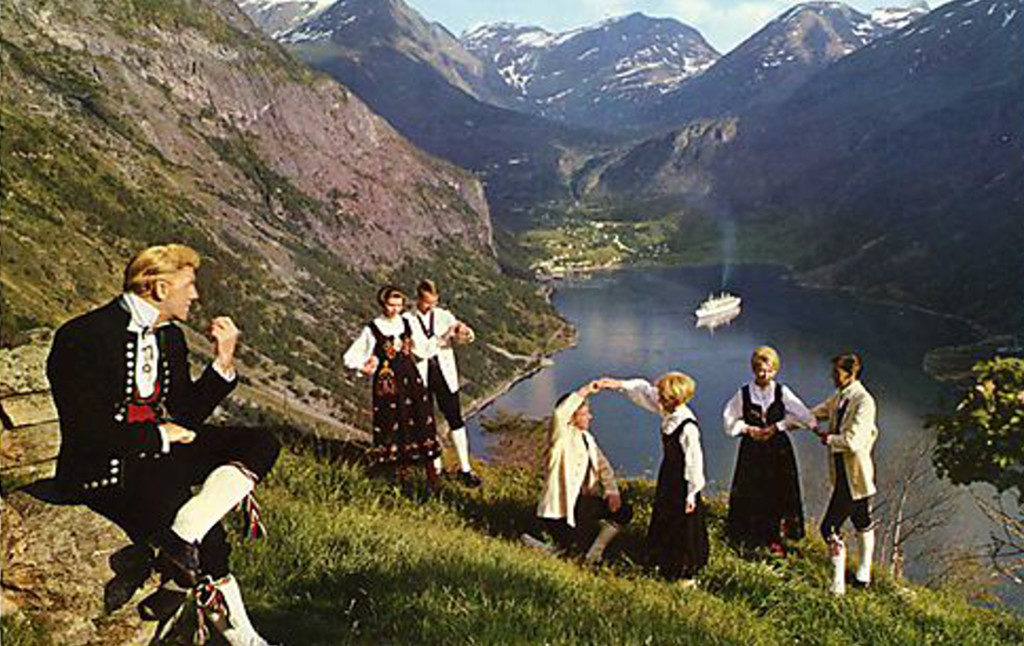 To further viewpoint diversity, we present a conservative guest columnist…

EDITOR’S NOTE: This article is not actually by Ben Shapiro. Though it might as well be.

It has become fashionable on the left to say that the United States should adopt the social welfare policies of Nordic countries like Sweden, Norway, Finland, and Scandinavia. Radical socialists say that just because these countries have higher per-capita incomes, roaring economies, lower inequality, lower poverty, more innovation, more leisure time, better healthcare, subsidized childcare, free college, and more happiness, they provide an argument for socialism. They do not.

First, they are not socialism. They are actually capitalist, and that is why everything they do is working. Sure, the state may own a gigantic percentage of the means of production, and have “large public sectors, strong job protections, and labor markets governed by centralized union contract.” But socialism means tyranny and an incompetently-managed centrally planned economy. None of these countries has so much as a single gulag. Nordic countries are not socialism, and anyone who thinks Stalin is good should look elsewhere for their economic model.

Second, they are socialism, but nothing they do is actually working and also they are very different from the United States and none of their policies would work here. It’s important to remember that the United States is not a Nordic country. We have more people. We are in a different hemisphere. We do not speak Norwegian. Crime is low there, whereas we put many more people in prison without achieving nearly the same level of safety. The whole comparison is apples and oranges. Saying that free college and single-payer healthcare would work in the United States just because it works in Sweden is like saying that we could watch the Aurora Borealis in Miami if the government said so. Well, we couldn’t. That’s a fact, and facts don’t care about your feelings. You may think you can just wake up and start speaking Swedish. But you can’t. Fact.

The Nordic countries are not the flawless paradises that leftists say they are. The social welfare state has eroded any semblance of a work ethic. We can see this from the fact that Norwegians work fewer hours, take more vacation time, and are higher paid than their American counterparts. Working yourself to death is the American way. These Nordic countries are being destroyed by their enormous sloth. Bernie Sanders and the Hysterical Left think America should also be destroyed by giant sloths. Is that the future we want for our children?

Because social democratic programs sap a country’s vitality, they are correlated with depression. People in Nordic countries often get high rates of Seasonal Affective Disorder. This is almost certainly due to the fact that it is extremely cold there. But paid maternity leave almost certainly contributes, because of a culture of dependency. It’s no accident that Bernie Sanders is from Vermont. Hope leftists like six-month winters.

I have other things I can say. In Finland, 6 percent more students are enrolled in STEM majors than in the United States. This is a statistic leftists never mention. Why are they afraid to tell the truth? In the Nordic countries, unions and employers collaborate peaceably. Unions here are not peaceable. They are always holding signs and “fighting” for 15. You can’t collaborate productively with someone who is always trying to fight you. It doesn’t make sense.

Also, these countries pollute. Norway profits from oil. Only a leftist could think this was leftism! If you want free healthcare, you need to be willing to accept the environmental damage. If socialists knew basic economics, maybe they’d realize that.

Norwegian prisons are unbelievably comfortable. Norway gave Anders Breivik an Xbox. Do you think he deserved one? No. Yet the left insists mass murderers deserve video games. Typical.

Something about migration. Homogeneous. Cohesion. Culture. Equality is born of trust. You can have social democracy, or you can have non-racist immigration policies, but you’re not allowed to have both. That’s just a fact, and facts don’t care about people.

Yes, it’s true that people who have actually lived in Nordic countries have said that their strong social safety nets have almost nothing to do with a uniquely homogeneous or altruistic culture:

This vision of homogeneous, altruistic Nordic lands is mostly a fantasy. The choices Nordic countries have made have little to do with altruism or kinship. Rather, Nordic people have made their decisions out of self-interest. Nordic nations offer their citizens—all of their citizens, but especially the middle class—high-quality services that save people a lot of money, time, and trouble.

But none of that changes the fact that there are fjords in Norway and none in the United States. It’s wishful leftist delusion to think that what works in one place could provide a useful example for another place. Have I mentioned demographics? There are fewer people in Scandinavia, which matters for reasons I cannot explain.

Free healthcare sounds nice. Free college sounds nice. Being able to take time off to spend with your newborn child instead of immediately having to return to work or else get fired sounds nice. But nice things cost money, and people in these countries pay taxes. If you think taxes aren’t money, you’re a snowflake.

EXTRA DISCLAIMER: This column is parody. Not actually by Ben Shapiro. Parody!