What Venezuela Tells Us About Socialism 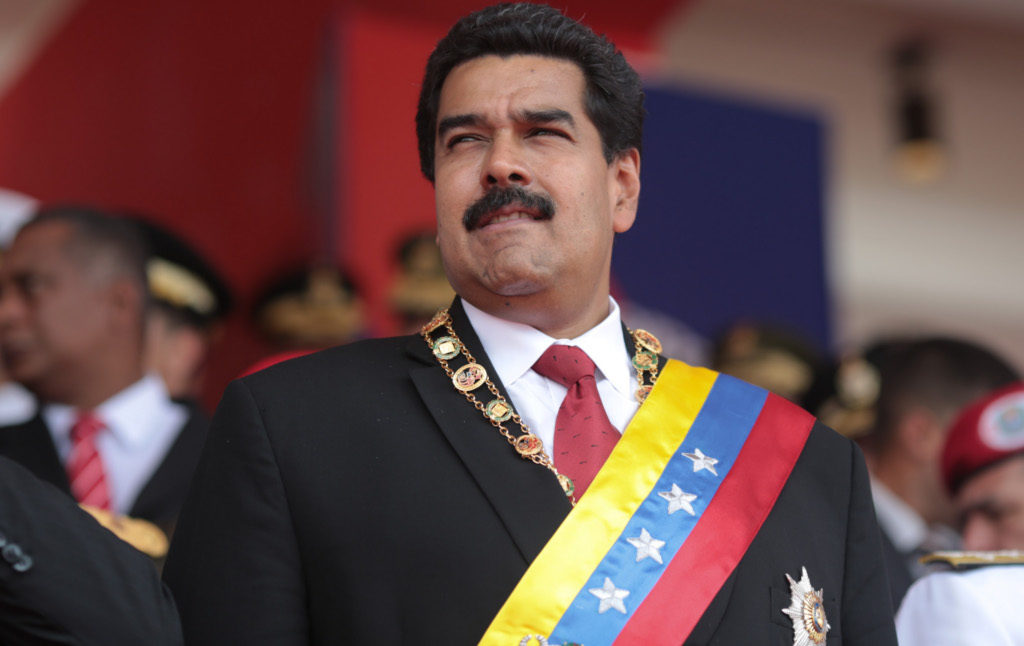 According to the Wall Street Journal, almost nothing…

There are dozens of variations on the same talking point directed against the left: If you like socialism so much, do you want to live in VENEZUELA? As Venezuela’s poverty rate has climbed to 82 percent and its inflation rate approaches 13,000 percent, the country is often used as a cautionary tale of what radical leftist politics will do to a country. Venezuela is seen as a natural experiment in the effectiveness of socialist economics, and the catastrophic results are treated as definitive proof that left ideas are recipes for calamity.

But like many other examples of radically authoritarian “socialist” regimes, the collapse of Venezuela tells us a lot more about the problems of dictatorship, corruption, and incompetence than it does about “socialism.” And you don’t need to take my word for that: We can get it straight from the pages of the Wall Street Journal, whose Weekend Review section just featured a long piece called “The Tragedy of Venezuela.” The article is by reporter Anatoly Kurmanaev, who has spent half a decade reporting on the country. Kurmanaev says that the on-the-ground situation for Venezuelans is desperate, with children rummaging through garbage, teachers selling their school supplies and going to work down mines, broken streetlights galore, people eating horsemeat, and omnipresent crime. But Karmanaev also says that Venezuelan “socialism” is socialistic in name only. In fact, the government is comprised of corrupt elites who have barely pretended to be socialists, and have recently been abandoning even the label. He writes that, in fact, they are wealthy and self-interested, with no real concern for equality:

What struck me on arriving was how little the Socialist leaders cared about even the appearance of equality. They showed up at press conferences in shantytowns in motorcades of brand new armored SUVs. They toured tumbledown factories on live state TV wearing Rolexes and carrying Chanel handbags. They shuttled journalists to decaying state-run oil fields on private jets with gilded toilet paper dispensers.

He says that it quickly became clear just how little the Venezuelan leadership was committed to socialism:

As the recession took hold in Venezuela, the so-called Socialist government made no attempt to shield health care and education, the two supposed pillars of its program. This wasn’t socialism. It was kleptocracy—the rule of thieves.

Even Mr. Maduro has given up on the Socialist pretence, chucking leftist slogans in favor of straightforward clientelism: Vote for me and you’ll get a food handout. The red flags and shirts of Mr. Chavez’s heyday have largely disappeared from state television, an the ruling Socialist Party is being supplanted by Mr. Maduro’s new, anodyne-sounding political movement, We Are Venezuela.

Venezuela, then, can tell us a lot about “kleptocracy.” But it can’t tell us anything about socialism, unless we take the label for the thing itself. As I have written before, socialism requires equal participation in power. If there isn’t equality, there isn’t socialism, no matter what the country’s leaders may choose to call themselves. Dictatorships are profoundly unequal, and since my politics demand equality, you can’t indict my politics by pointing to a highly unequal society dominated by elites, a place where, according to Karmanaev, “the rich and politically connected siphoned up up to $30 billion a year of heavily subsidized dollars through shell companies.”

Sensible socialists could approve of Hugo Chavez to the extent he was democratic and socialist, but criticized him to the extent he was authoritarian and centralized state power. There can be serious discussions over the extent to which Chavez’s policies were actually targeted and benefited ordinary Venezuelans. From the Center for Economic and Policy Research, we can see drops in unemployment, extreme poverty, and malnutrition, as well as increases in educational attainment and pensions. The World Bank says that a combination of “economic growth and redistribution policies” under Chavez managed to cut both poverty and inequality. On the other hand, an economist who started as a Chavez supporter and became disillusioned called Chavez’s government “fake left,” saying that “neither official statistics nor independent estimates show any evidence that Chávez has reoriented state priorities to benefit the poor” and there was “no significant change in the priority given to social spending during his administration” which “effectively subsidizes two-thirds of the cost of imports and foreign travel for the wealthy while the poor cannot find basic food items on store shelves.” Importantly, though this is an empirical argument and not one about principle: To what extent was the government a social democracy? To what extent was its leftism authentic and competent, or was it “fake”? Whatever the answer to this question turns out to be, though, it affects our judgment of a particular government rather than our judgment of left principles.

This is how the libertarian socialist principle works: It does not celebrate increases in government power for their own sake, it celebrates meaningful popular participation. For example, Noam Chomsky praised the social programs and poverty reductions under Chavez, but sharply criticized Chavez for his “assault on democracy” when he concentrated executive power and imprisoned an oppositional jurist. Chomsky extended this criticism further as Nicolas Maduro further eroded the country’s democracy and plunged the country into an economic nightmare. This is what humane socialists do: If a government is introducing literacy programs and opening free clinics, we can praise it, but if it is imprisoning dissidents and squandering its revenue on solid-gold toilet fixtures, we will condemn it with full force.

You could, of course, argue that the current state of things is the “logical consequence” of “left” policies. Karmanaev writes that “labyrinthine currency controls” imposed by the government, along with the “arbitrary exchange rate system suffocated private enterprise,” helped decouple supply from demand and sent prices haywire. The government also spent excessively when oil prices were high and was unprepared for a collapse. But, again, sensible leftists realize that there’s nothing “egalitarian” or “democratic” about poor economic choices like over-dependence on oil revenue. We can agree that heavy-handed price controls are poor economic policy, but even free market commentator Tim Worstall of Forbes conceded that this only indicts non-market forms of socialism, since we can “conceive of a socialist economy that does work, it just needs to be a market and prices based economy among socialist organisations like cooperatives.”

I am not sure what it would mean to call Venezuela’s government left-wing, if it did not follow any of the principles that I consider central to being on the left. For example, it has been accused of being anti-labor; the government “crushed unions while firing and blacklisting tens of thousands of workers for their political opinions,” and “anti-union discrimination, violations of collective bargaining rights and the non-respect of collective agreements were frequent and persistent in both the public and private sector.” If that’s the case, I oppose those things, and if it’s not, then I don’t, but this is a question for empirical investigation and the answer can’t tell us what we should think of pro-labor governments, it can only tell us what we should think of a particular government if we are pro-labor. I do not judge regimes by what they say they are, I judge them by what they are. And as the WSJ‘s reporter points out, in Venezuela we are not discussing anything resembling socialism, unless the term is to completely lack meaning.