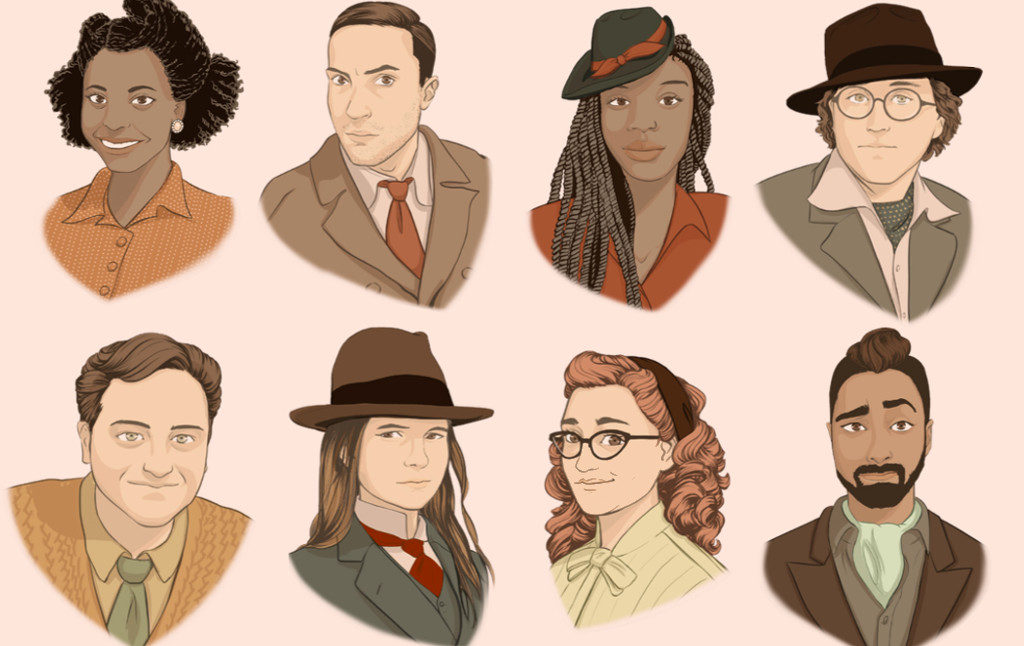 Our editors welcome you to our new venture…

It is a felony under United States federal law for any newsmagazine over two years old not to have an accompanying podcast. Our magazine just hit its two-year anniversary, and so we’re pleased to announce the introduction of… Current Affairs: The Podcast. Every other week our editorial team will be bringing you a mixture of discussion, analysis, and whimsy. From the Current Affairs World Headquarters to your ear, our podcast promises to be a refreshing alternative to the stale and tedious audio products to which you have grudgingly become accustomed. We’re going to be cutting through the nonsense, bursting open ideological piñatas, and presenting a friendly, relaxed, and upbeat guide to the world of politics.

Our podcast is being funded through Patreon, and we need your support to make it work. We want to produce work of comparable quality to our beautiful print edition, and to do so we will need listeners to help us out. We’ve introduced a heap of fun rewards for our donors, from books and magazines to the ability to ask us questions on the air. This podcast is about you, the Current Affairs audience, and we want to give you the best listening experience possible.

Our host and panelists are excited to get to work. But first, we’d each like to introduce ourselves, to tell you a word or two about where we’re coming from and what our hopes for this new project are! 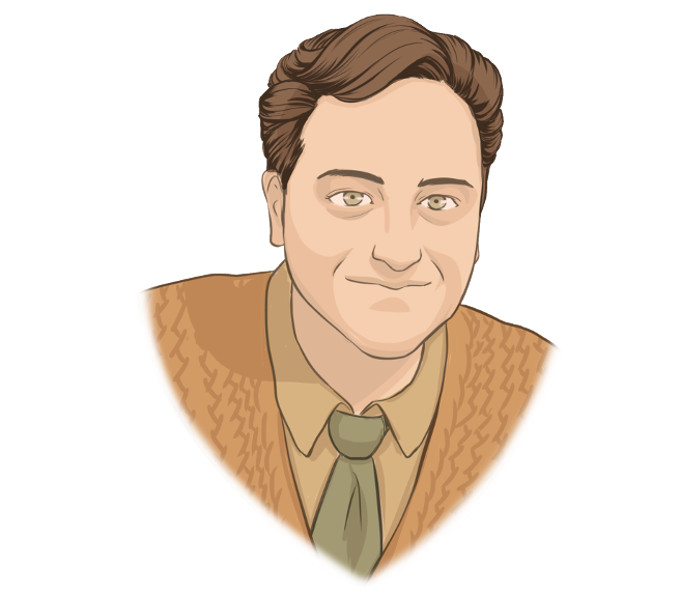 Pete @PeteDDavis | I often think about how disappointing it must have been to come of age in the 1960s, because the start of your life was full of political hope, but during the next five decades, you had to live through right-wing ascendance. Fortunately for us, we might just experience the inverse — the start of our political life was peak conservatism and it is now looking like there’s a real chance that the next few decades could witness a lefty ascendance. What is especially hopeful is the burgeoning Millennial left ecosystem: Dozens of magazines, podcasts, campaigns and candidacies are pushing Medicare for All, labor organizing, free college, worker cooperatives, restorative justice, and more into the mainstream. Current Affairs, the magazine, has been a wonderful part of that ecosystem — and we hope that Current Affairs, the podcast, can be of use, as well. I’m Pete Davis, from Falls Church, Virginia. I’ll be your host. 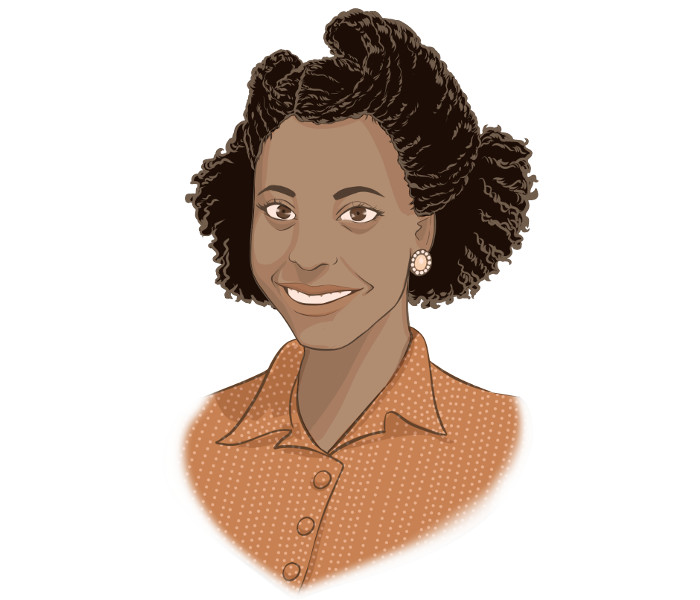 Briahna @briebriejoy | I often think about how disappointing it must have been to come of age in the 1960s because the start of your life was full of great fashion and music, and then it was the ’80s. Also, the racism. My mother was born in 1960, and I find it deeply tragic to consider that her entire 20s were spent in the ’80s. Also, the racism. I’m Briahna Gray, and I am firmly anti-racism, pro-Star Trek, and a strong believer that there’s a relationship between those positions. Hence, I will be consistently making efforts to inject pop-culture into our conversations whenever possible. 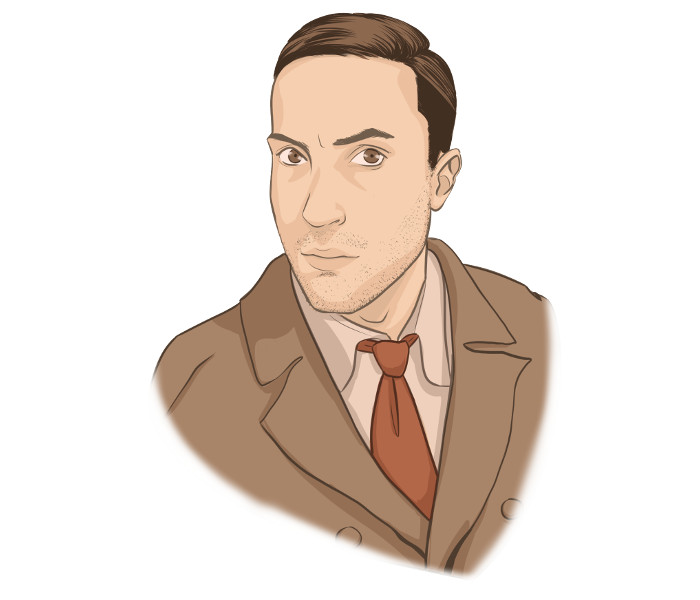 Sparky @sparkyabraham | I don’t often think about coming of age at all. I’m not sure it’s happened to me yet. But I do think about how big the world is, how much is always going on in millions, billions of overlapping groups and cultures and subgroups, subcultures, subinterests, how all that complexity has existed at every moment for the last some thousands or tens of thousands of years. I think about how hard it is to distinguish between things that are very old and hard to change and things that someone just decided in the relatively recent past—that feel solid and inevitable though they’re really not. Like how borders and governments and economic systems and entrenched racism feel set in stone (recent! arbitrary!), but immaturity and pettiness feel so modern and fixable (some of the oldest known written records are petty Yelp(ish) reviews, the oldest known joke is about farts). I’m Sparky Abraham. I rebelled against my artist parents by becoming a lawyer. I try to feel at least as much joy as indignation but don’t always succeed. 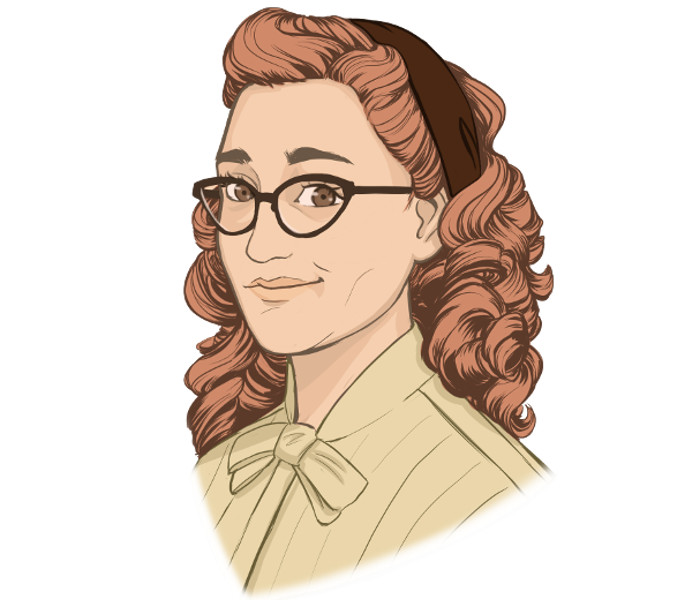 A) Our time is not unique, because no time is unique, but we’ve definitely arrived at a rare moment of political possibility, when the old certainties have been torn down and leftist ideas have a real chance to flourish?

B) You feel like most of the time you’re shouting into the void, and oh my god there’s CLIMATE CHANGE, I bet while reading this you briefly forgot about the Great Pacific Garbage Patch (of course you did, we all do!) and mass incarceration, and how the U.S. is at war right now (gotta be at war with somebody), and ICE, and literal fucking Nazis, and SOMETHING MUST BE DONE ABOUT IT ALL, HELP, WHAT CAN WE DO?

C) There’s a way to debate what can and must be done that’s thoughtful and intellectually serious and committed to justice but also fun and friendly and makes you feel included, with plenty of indignation and not-infrequent joy

D) All of the above. 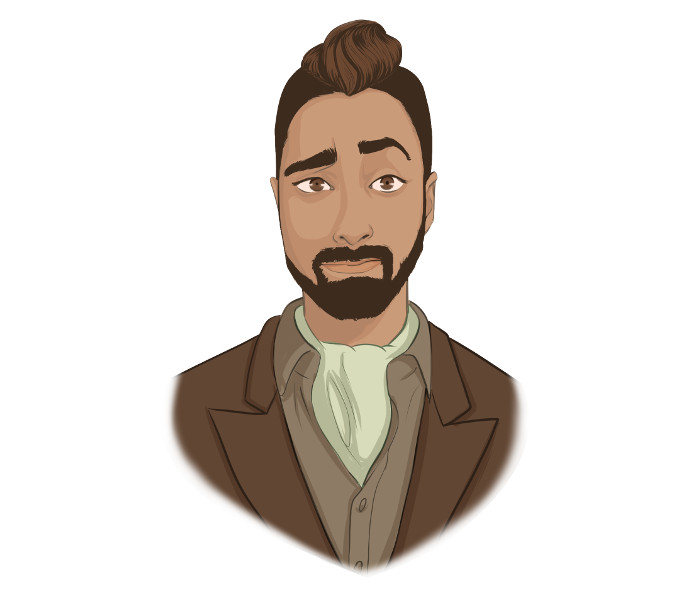 Oren | I don’t think about the universe very much, people are complex enough. I mostly think about people. I have a hard time reading in public because I can’t help but look up and see all the people swirling about and think about the millions of things each person does every day—the people that love them, the people that hate them, their jobs, homes, and lives. I think that’s why it’s hard for me to conceive of things like “countries.” It’s just too big, I can only manage to think of people and what they do, and feel.

That’s also why prisons disturb me so much.

I’m not really sure the extent to which my political beliefs (curmudgeonly anarchism) are merely a product of circumstance, if growing up poor in Seattle during the Iraq War necessarily leads to the political conclusions I have now. I don’t think so, but a lot of people from different circumstances seem to have some of the same thoughts. That’s exciting and encouraging. I like the idea that we might actually get to think with others about how we do the things that we all want. That’s part of why Current Affairs has been so wonderful. When Nathan and I were first bagging magazines in our apartment I didn’t think it would become this – but it really has been a great pleasure so far.

I’m Oren Nimni, I wasn’t supposed to be a lawyer, but I am one. It’s not the best thing about me, but it’s not the worst either. I’m not online at all—pretty happy about it. 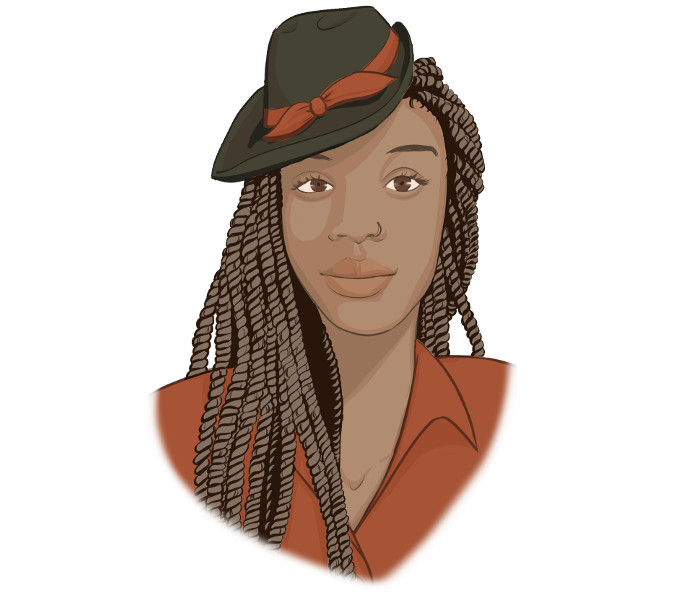 Vanessa @dolladollabille | I don’t exactly know how long comings-of-age are supposed to span? My own felt like a solid four years though. I entered the Obama era as a Fox News-fed, evangelical teen. Then came the peak of the housing bubble, its dramatic rupture—oozing out foreclosures, job loss, and trauma like pus escaping a boil—a financial crisis, and bailout plan that never quite trickled down to working-class folks. Then came Trayvon Martin’s murder and his killer’s acquittal. Thankfully, I lived away from home through most of it—my first time. As my grad school professors and classmates patiently challenged my understanding of possibility and justice, the lens through which I saw the world broadened. Radical friends would later open my eyes to alternatives that capitalists suppressed or dismissed with a redbaiting scoff. By the time Trump was sworn in, I was a socialist. Looking around, it seems many of my fellow Millennials experienced a similar awakening. That’s gotta mean something. Maybe we can turn things around. Fuck up capitalism a little.

I’m Vanessa A. Bee: lover of bad reality tv, perpetual reader of “most of the book,” fan of own jokes, happy lawyer, definitely too online. 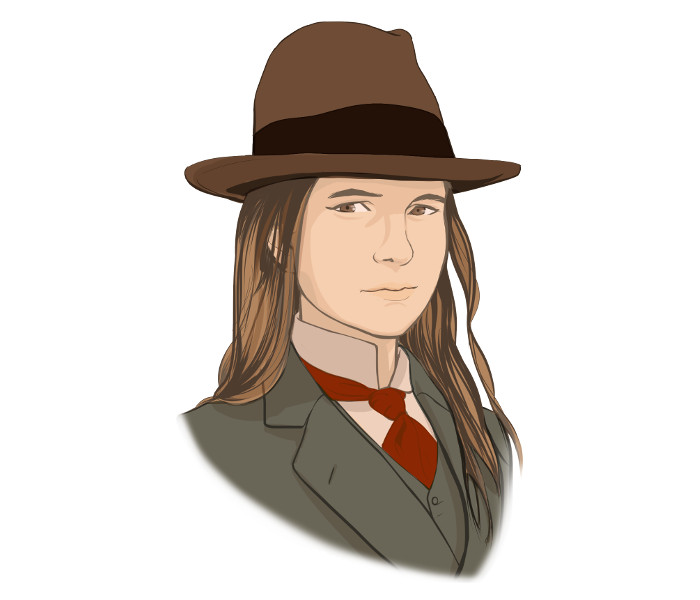 Brianna @berennix | All right, WHY DO WE HAVE SO MANY DAMN LAWYERS ON STAFF? This is intolerable. Some of us will simply have to quit. (I, for one, only became a lawyer because all my other prospective careers—novelist, private detective, Franciscan monk—proved impractical for some reason.)

I only began regularly self-describing as a socialist maybe two years ago. My big concern is how to prevent greedy people from crushing and exploiting their fellows, but I remain fairly agnostic about what precise political or social arrangements are best suited to achieve this, in any given time or place. Sometimes, I feel very gloomy about humans as a species, and other times, I honestly think that most of us do actually want to be good, and that if the right combination of information, encouragement, and moral exhortation is applied at the correct moment, we will try to do the right thing. I can easily think of specific people, essays, books, films, and documentaries that significantly altered my own thinking and my trajectory in life, so I remain hopeful about the power of narrative and communication to help find ways to redress suffering. This is the main thing I’d like Current Affairs to contribute to.

I’m Brianna Rennix and I am still trying to find a normal balance between cracking jokes and being a giant buzzkill. Please be patient with me, readers/listeners. 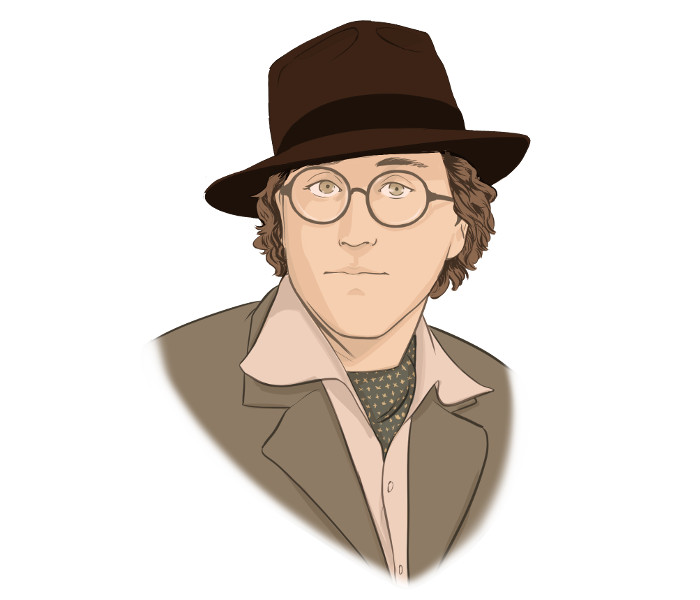 Nathan @NathanJRobinson | I was never supposed to be a magazine editor. First, I am atrocious at meeting deadlines. Second, I had accepted the conventional wisdom that print is dead and you can’t make a living in writing and publishing anymore. But I was constantly dissatisfied with existing media (too dull, too preachy, too milquetoast, too predictable) and I knew I wasn’t cut out for any kind of Real Job. So Oren and I raised a few bucks on Kickstarter, copied everything that Jacobin had done before us, and began churning out print magazines. At the time this seemed irrational and doomed, but thanks to all of you, it has succeeded beyond anything we had hoped for.

It turns out that a lot of people are starved for thoughtful and satisfying political analysis. They want something that has clear moral convictions but isn’t sanctimonious, that’s nuanced without being mushy, and that acknowledges the gravity of the world’s problems without being hopeless and depressing. That’s the sensibility that we’ve tried to bring to our print edition, and judging from your kind letters, we seem to be getting close to achieving it. We’re hoping to bring you something similar through this podcast, a program that brings positivity and clarity instead of despair and confusion, and that reminds you that we’re all muddling along the best we can through a mad and often frightening world.

I’m Nathan J. Robinson, and I’m so appreciative of all the support Current Affairs has received from our audience so far and can’t wait for you to join us on this next adventure!

To help us create the most delightful, high-quality podcast possible, please consider supporting our program through Patreon today! Our first episode will released at the end of May.