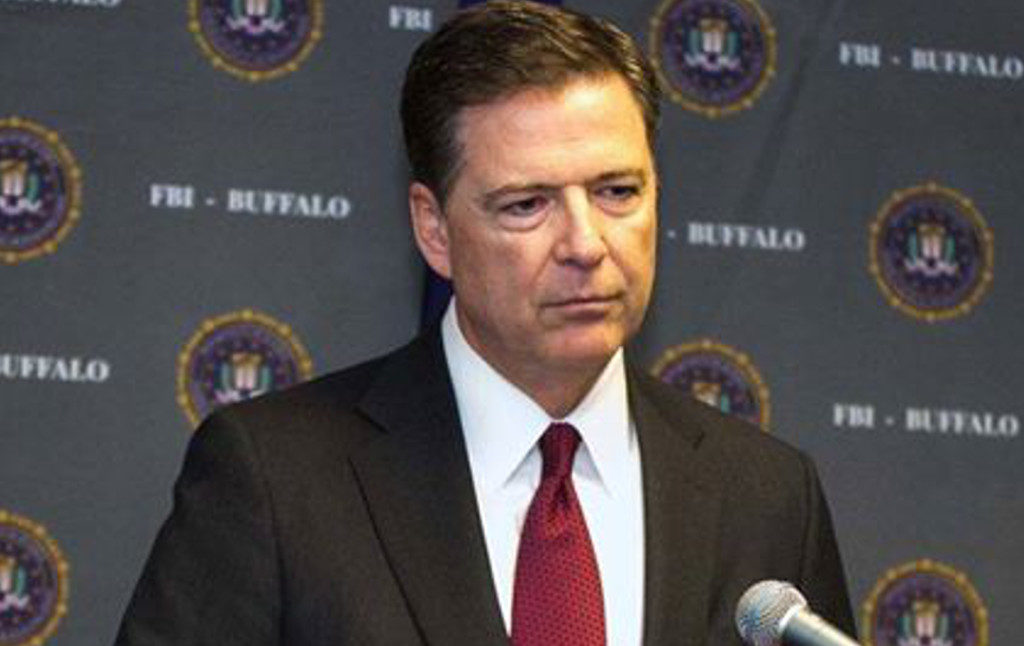 James Comey’s defense of mass incarceration is disgusting but predictable…

Here is the moment that Barack Obama should have fired James Comey on the spot:

Although I agreed [with President Obama] that the jailing of so many black men was a tragedy, I also shared how a term he used, “mass incarceration”—to describe what, in his view, was a national epidemic of locking up too many people—struck the ears of those of us who had dedicated much of our lives to trying to reduce crime in minority neighborhoods. To my ears, “mass incarceration” conjures an image of World War II Japanese internment camps, where vast numbers of people were herded behind barbed wire. I thought the term was both inaccurate and insulting to a lot of good people in law enforcement who cared deeply about helping people trapped in dangerous neighborhoods.

This is from Comey’s new book, and it reveals a person so out of touch with the reality of criminal justice that he should never have been given a position of responsibility in law enforcement. Comey says that the term “mass incarceration” is “insulting” to “good people” because it wrongly evokes a situation in which “vast numbers” of people are being put behind barbed wire. I am not sure what Comey considers a “vast number,” but it’s evidently is something well above the 2.3 million human beings currently being kept in cages by our federal, state, and local governments.

From Comey’s invocation of the internment of Japanese Americans by Franklin Roosevelt, I can only conclude that he is delusional, totally unaware of the scale of the system he served at the top of. The number of Japanese Americans interned during World War II was between 110,000 and 120,000. Comey does not tell us conclusively that he believes this was wrong, though anyone with a marginally functional moral compass can tell you it was a racist violation of human rights. (We know, too, that the loyalty concerns that justified internment were nonsense. Half of all Japanese Americans were spared internment, because they lived in Hawaii where they were too populous and economically valuable for mass internment to be feasible. National security was not compromised by their relative freedom.) But when we talk about incarceration in the present day, we are talking about twenty times as many people as were interned during the country’s most infamous case of “vast” imprisonment. If 2 million isn’t “mass,” I don’t know what is.

I say Barack Obama should have fired James Comey instantly when he made this remark. Nobody who isn’t viscerally repulsed by the existing state of things should be given oversight responsibility. But Obama really shouldn’t have ever appointed Comey in the first place. Thanks to Obama’s fetishization of “bipartisanship” and appointment of a Bush official to head an agency that had repeatedly been deployed nefariously by Bush officials, we ended up with Comey’s self-aggrandizing and irresponsible intervention in the 2016 election. But even if we don’t think Obama could reasonably have foreseen that a Republican in his administration might have ended up serving the interests of Republicans, by the time Obama appointed him to head the FBI in 2013 Comey had a record that should have made anyone wary of putting him at the top of a powerful law enforcement agency. Not only had he signed off on the use of waterboarding (despite being oh-so-morally anguished about it) but he staunchly defended the illegal indefinite detention of a U.S. citizen on the grounds that if the prisoner had been granted a trial, he might have gone free. Immediately after leaving the Bush administration, Comey was paid millions to serve as corporate counsel to the world’s largest arms dealer, before joining one of Wall Street’s most amoral and cultlike hedge funds. Obama, most recently pictured smiling widely while standing next to a war criminal and two infamous accused sexual abusers, evidently had no concern that Comey’s FBI might be the kind of intrusive and unaccountable behemoth that it has been for its entire history.

But in fairness to Obama, most of the likely candidates for the position as FBI director probably had mentalities similar to Comey’s. In fact, Comey likely qualifies as being on the “liberal” end of law enforcement, insofar as he does express some reservations about there being too many black men in prison and made some objections to the Bush administration’s most extreme plans to torture information out of people.  James Comey’s belief that the term “mass incarceration” is offensive to police does not reveal him to be some uniquely awful and callous individual. All he is showing here is the prosecutorial mentality, which sees “the rule of law” as more important than concerns over morality and social consequences. He is callous, but he is callous in the way that law enforcement generally is callous. This type of person sees his role as being to enforce the law, and if the law’s consequence is the imprisonment of 2 million people, well, that’s not his department.

Obama’s mistake in selecting Comey was not that he picked badly among the “likely candidates.” It was that he picked among the likely candidates in the first place, instead of turning to the unlikely candidates. The only way to have prosecutors and cops who value the social good and will work to reduce the human horror of U.S. criminal justice is to find people for the job who are totally out of place as prosecutors and cops. You need someone like Philadelphia’s new District Attorney, Larry Krasner, whose background is as a radical defense lawyer harshly critical of the court system. Shortly after taking office, Krasner released a stunning memo outlining new practices for the prosecutor’s offices, requiring his staff to turn down marijuana cases, stop prosecuting sex workers, promote re-entry programs, divert defendants away from prison sentences, and justify every sentencing recommendation by explaining why the benefits of spending money to incarcerate someone justified the expense.

Krasner’s first steps as DA have been unlike those of any other American prosecutor, even the most “reform-minded.” And that’s fundamentally because he isn’t a prosecutor. Those who spend their careers meting out punishment are rarely fully capable of appreciating what it’s like for those on the receiving end, and have an empathy deficit that keeps them from being able to understand the objective reality of the situation. Comey’s remarks on mass incarceration reveal a man who doesn’t know what the consequences of his own agency’s actions were. I wonder if he knows who Tarek Mehanna is, or who Fred Hampton was, or if he realizes why it’s disturbing when police prod someone into committing a crime and then arrest them for it. I doubt it. But that’s not a problem with Comey alone. It’s a problem with a shared mentality among those who have built the prison system by refusing to pay attention to their role in it.