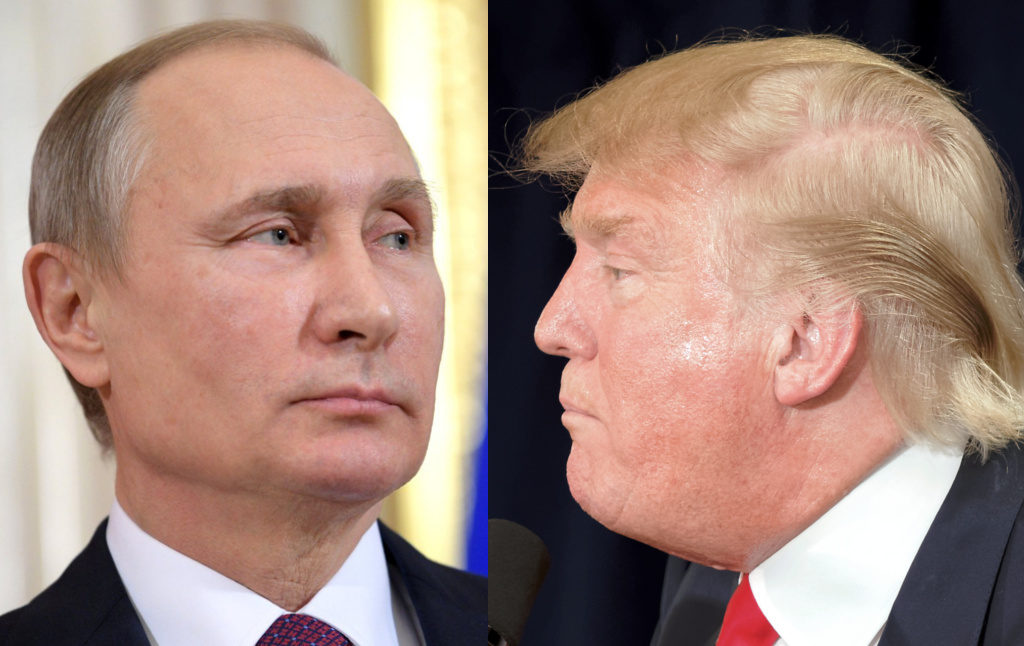 In a democracy, the general theory is that people are supposed to have meaningful input into decisions that affect them. In a dictatorship, on the other hand, a lone individual you have never met has total control over what happens to you. To the extent that a single person is vested with life-and-death power over others, a political system cannot be called democratic. This is true even if the individual attains their power through an election process. (After all, we know who else attained absolute power through an election.) It’s true that free elections are an important measure of whether or not a system is authoritarian. But they are not the only criterion. It also matters how much power an executive has, and whether that power has meaningful checks on it.

The United States is not authoritarian on an index of “political freedom,” but it certainly grants an alarming amount of power to a single individual. The president is given unilateral authority to decide how the largest stockpile of deadly weapons on earth is used. As a former nuclear launch officer explained, “The protocol for ordering the use of nuclear weapons endows every president with civilization-ending power… [He] has unchecked authority to order a preventive nuclear strike against any nation he wants with a single verbal direction to the Pentagon war room.” Some analysts have insisted that the president can’t start a nuclear war “by himself,” but this is only because he relies on those under him to carry out his orders. The only limitation on the president’s power is the possibility that individuals in the military will refuse to carry out an order because they deem it illegal. Given the military’s track record on “refusing illegal orders”, this limitation is mostly hypothetical. It also doesn’t change the “undemocratic” character of warmaking powers, because the American armed forces aren’t exactly run through participative decision-making.

Donald Trump has been making some terrifying noises recently. After Bashar al-Assad was accused of waging a chlorine gas attack in the city of Douma, Trump promised to fire missiles at Syrian targets, tweeting: “Russia vows to shoot down any and all missiles fired at Syria. Get ready Russia,  because they will be coming, nice and new and ‘smart!’” He soon backed off, thank God, saying that the missile attack might be “not so soon.” But the threat, along with his contention that relations with Russia are “worse than ever,” is still plenty alarming. A Newsweek story reposted on MSN says that Trump’s war rhetoric has led Russia to start preparing seriously for the possibility of an all-out nuclear war with the United States:

Russian state-owned television is urging the country’s residents to stock their bunkers with water and basic foodstuffs because Moscow could go to war with Washington. Warning that the potential conflict between the two superpowers would be “catastrophic,” an anchor for Russia’s Vesti 24 showed off shelves of food, recommending that people buy salt, oatmeal and other products that can last a long time on the shelves. Powdered milk lasts five years while sugar and rice can last up to eight years, the newscaster explained before showing videos of pasta cooking in a bomb shelter.

I have absolutely no idea how reliable this is, because I don’t trust Newsweek or MSN in the least.* I don’t even know if they themselves take this story seriously, because neither of them have it at the top of their front pages. When I go to the MSN homepage, the first stories I see are:

And I can’t even find the nuclear war story on Newsweek’s homepage, which is why I had to link to MSN’s version. I have to confess, I’m truly baffled by the way the press covers the nuclear threat, which simultaneously treats it as a very serious civilization-ending threat and a fairly trivial piece of news that can be buried under the celebrity updates and shark facts. A few months back, the Telegraph reported that the United States was preparing for a first strike on North Korea. I said then that if that was true, it was the most important story in the world. The Telegraph’s report didn’t get much attention, though, and now Kim Jong Un and Donald Trump are set to hang out together. Was this ever real? How should I figure that out?

It’s so difficult to know how ordinary people should think about the possibility of deadly conflict. Is all of this mere rhetoric? Is it just a game of chicken between Trump and other world leaders? But games of chicken are dangerous, especially when they involve large stockpiles of nuclear arms. One moment Trump says the missiles are coming, the next moment he’s asking Russia if we can all agree to stop the arms race. It’s hard to know whether we’re all delusionally failing to confront the serious possibility of impending doom, or whether “Trump will start World War III” is just a hyperbolic phrase rather than a realistic possibility. (Since the nuclear weapons are real, though, and Trump is publicly threatening Russia, I tend to believe shark trivia should at least be lower on the MSN homepage.)

To be honest, I resent the fact that I even have to think this way. What has gone so colossally wrong with human civilization that two men (Trump and Putin) hold my life in their hands, and get to leave me guessing about what they intend to do with it? Why should people live under the constant threat of violent death, as if they are walking around with a gun pointed at their heads? Why should anyone have to depend on a single person’s judgment for the security of their family’s future?

The problem here is not that Donald Trump himself is some kind of uniquely sinister autocrat, although my God he’s sinister. The problem is that instead of living in a world in which humanity is treated as a unified whole and lives in peace, we live in a world of nation-states, and the only way nation-states have found to coexist peaceably is through keeping horrific weapons pointed at each other constantly. That’s not a “Donald Trump” problem; I recently quoted I.F. Stone’s reaction to the Cuban Missile Crisis, wondering what things had come to when John F. Kennedy was considered a peacemaker for not blowing human civilization to smithereens:

What if the Russians had refused to back down and remove their missiles from Cuba? What if they had called our bluff and war had begun, and escalated? How would the historians of mankind, if a fragment survived, have regarded the events of October? Would they have thought us justified in blowing most of mankind to smithereens rather than negotiate, or appeal to the UN, or even to leave in Cuba the medium range missiles which were no different after all from those we have long aimed at the Russians from Turkey and England? When a whole people is in a state of mind where it is ready to risk extinction—its own and everybody else’s—as a means of having its own way in an international dispute, the readiness for murder has become a way of life and a world menace. Since this is the kind of bluff that can easily be played once too often, and that [Kennedy’s] successors may feel urged to imitate, it would be well to think it over carefully before canonizing [him] as an apostle of peace.

If the presidency didn’t have so much deadly power, Donald Trump’s instability wouldn’t be very worrying. In a true democracy, people like him would be relatively harmless, because there wouldn’t be unilateral powers of life and death. It’s only because we have built a system in which small groups of men (and, well, they really are usually men) are in total control of the fate of humanity that we have to fixate on what those men do. I want to be able to ignore Donald Trump and focus on other things, but I can’t, because his tweets could contain clues to how the future of the world will unfold.

Those of us on the left need to revive the dream of global cooperation, and develop a serious program for genuinely changing the way political power is distributed. A world of nuclear weapons and killer robots is inherently undemocratic, and they need to be gotten rid of, as part of a broader goal of the total elimination of violent human conflict. This isn’t nearly as unrealistic as it sounds; I do share some of Steven Pinker’s appreciation for the incredible progress that human beings have made over time, and we should be encouraged by the relative peacefulness of the past few decades compared to many others. I am tired of living in an era where small numbers of men control the fate of billions, and there is no reason things have to be this way.

*Update: Apparently this was intended as extremely dark satire? Except with real advice? Good lord, I really just do not know what to make of anything anymore.