All The Wondrous Choices Capitalism Gives You 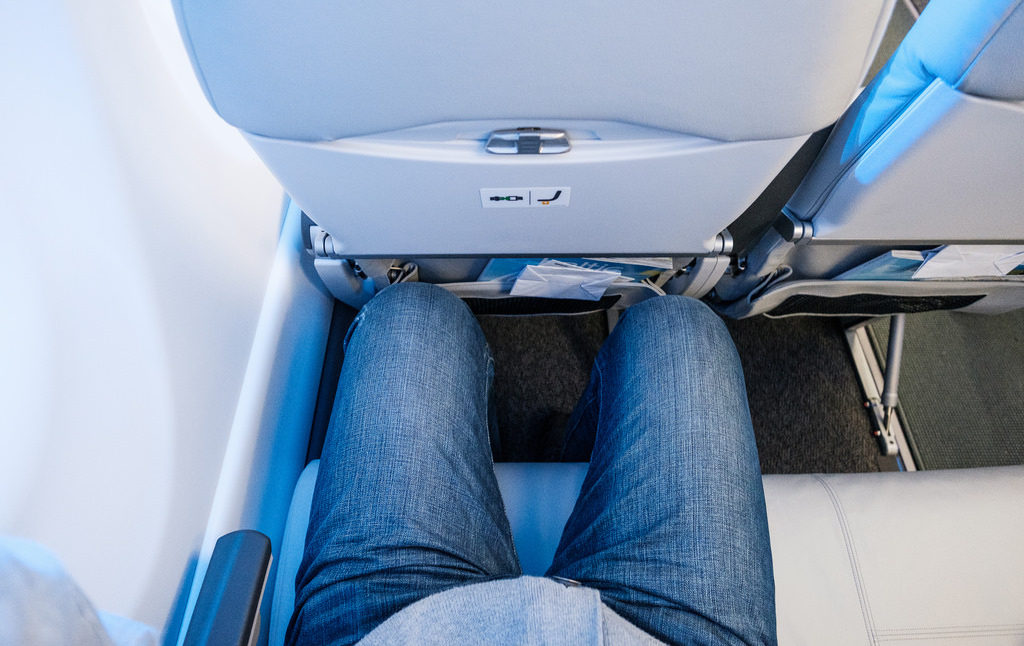 In a world of inequality, many market decisions are hardly “choices”…

What is the most reprehensible innovation human beings have yet produced? The atom bomb seems the leading contender, but I’d posit that the vertical airplane seat is a close second. Airbus came up with this idea in 2003, and since then multiple budget airlines have flirted with it. To call it a “seat” is to stretch that word’s meaning to its limit: it is, essentially, a padded board at an 85 degree angle, to which a passenger is strapped for the duration of a flight. It was devised as a way to store even more humans in a coach cabin, and makes the inside of a sardine tin look comparatively roomy and luxurious.

Budget airline VivaColombia is the latest to look into “standing-room flights,” with the company’s CEO telling the Miami Herald this summer that “There are people out there right now researching whether you can fly standing up. We’re very interested in anything that makes travel less expensive.” They haven’t done it yet, in part because it would be illegal. But it’s disturbing enough that such a concept could even cross people’s minds in the first place.

And there are even those who believe that reacting negatively to the “standing seat” proposal is irrational. As one commentator sarcastically put it: “Consumers are outraged at the possibility of getting a completely optional extra choice in the comfort vs. price tradeoff.” If before the introduction of standing seats, you could only choose to take a seated flight at a cost of $150, and now you can choose to take a $150 seated flight or a $100 standing flight, how can you possibly object? You literally have more options now. Nobody is making you stand up, they are merely offering you an opportunity to save some money. It’s the same response given to people who grumble about Spirit Airlines’ carry-on fee or atrocious customer service: well, you’re the one who decided to fly Spirit instead of a normal airline. You’re being given the widest possible range of “tradeoffs” (high comfort, high price versus low comfort, low price) so that every different individual consumer preference can be satisfied as much as possible, and yet you complain.

This is how a lot of libertarian or free-market arguments go, actually: the market offers you a range of goods and you decide what you want based on what you value. If my croquet partner and I go shopping for new mallets, I might buy the simple, utilitarian Uber Games Family-Style Mallet for $59.95, which Amazon reviewers call “nice but faulty” and give a middling 3 stars. On the other hand, my partner, Torvald, is more serious about croquet: he might spring for the $375 Airrow Professional Mallet with white maple inlay, wood box-beam AirGrip Shaft, and brass end-weighting. Torvald and I simply have different hierarchies of preferences: I prefer not to waste my money on frivolous nonsense, while Torvald enjoys croquet. I might take the money I save from opting for the cheaper mallet and use it to buy something I find more worthwhile, like this Victorian-era French tulip-shaped lampshade with “Cottage Rose”-colored fringed tassels and 6 inch dangling beads. Capitalism affords us an endless range of choices and we can each customize our lifestyle to optimize our happiness. When people make choices, they simply demonstrate which goods they value more than other goods.

The incredible glaringly obvious problem with this conclusion, of course, is that not everybody has the same amount of money. If two well-off people are deciding how much of their wealth to spend on croquet equipment versus lampshades, it may hold true. But in reality, a grossly unequal distribution of wealth, with some people very rich and others very poor, will make it impossible to say that people’s market choices reflect “how much they value” something. Some economists, when making the case that price gouging is Actually A Good Thing, say that allowing the price of goods to be determined by the market will cause them to end up in the hands of people who value them the most. But that’s obviously false: if I’m wealthy, I could buy up all the bottled water after a storm, even if it’s incredibly expensive and I have no real need for it. Whereas for a person without money, it doesn’t matter how much they “value” a thing, or desperately need it: they’re not going to get it if the free market is the one deciding how goods are allocated.  It’s honestly kind of astonishing that there are people who can still talk about “choice” in the free market without mentioning that you can only buy things you can afford.

Just look at the ridiculous new “Everyday Objects” collection from Tiffany and Co. Because the Trump era has collapsed the line between reality and parody, Tiffany is now selling absurdly expensive luxury versions of the most mundane imaginable household items: a $425 sterling silver protractor, a $1000 tin can, a $350 gold vermeil crazy straw, a $9000 ball of silver yarn, etc. However much I may wish I could drink my whisky from a Tiffany fish-shaped flask, I don’t have the $2000 necessary to buy one. My colleague Dr. Moneybuckets, on the other hand, might have only the mildest possible interest in acquiring the Everyday Objects range. But because he has, as the name implies, buckets of money, he could easily decide that he would find it moderately amusing to buy a set of sterling silver Tiffany-branded Lego pieces and throw them in a storm drain before my eyes, knowing how much I wanted them. (See, e.g. the Cambridge University conservatives who laughed about burning money in front of the homeless.)

This is crucial to understanding why “extra choices” can make people upset, even though none of their previously-existing options have been taken away. Say I am a landlord in a poor neighborhood. And I decide I am feeling generous, so I say to my tenants: next month, you can either pay the usual $500 a month, or you can pay $200 and allow me to pee on your furniture. When you get upset at my offer, I become indignant: “How can you complain? I’m not making you do anything. I’m just offering you another tradeoff that you didn’t have before.” It is, just as the VivaColombia CEO said, less expensive, and less expensive is better for the consumer!

But it’s obvious why this “extra choice” is so upsetting: if someone doesn’t have much money, they may have no other realistic option but to take it. After all, the $300 they would save could go to all sorts of other important expenses. It’s an “option,” yes, but because they are under conditions of constraint, it’s an option they feel obliged to take. Likewise with standing seats: hardly anybody actually prefers to take a standing seat. They only do it because of the tradeoffs. Now, everyone faces tradeoffs, even a very rich person: if I have $1,000,050, the $50 I spend to sit instead of stand is still $50 I don’t have to spend on other things. But if I’m rich, I’m almost certainly going to opt to sit, because $50 doesn’t mean nearly as much to me as it does to another person, while the difference between sitting and standing means quite a lot.

This is the frustrating thing about “consumers can choose among many trade-offs” arguments, then: the trade-offs that involve sacrificing your dignity and comfort only ever create dilemmas for the poorest people (or the stingiest rich people). This is the same fact that is rarely talked about when people make the case for free-market organ sales. If we allow people to sell their kidneys, poor people are the only ones who will end up sitting around the dinner table discussing whether Dad needs to sell his body parts in order to make the next car payment. Nobody else will get that desperate. Well-off people aren’t going to be selling their kidneys and they aren’t going to be standing in sub-coach on planes.

I should emphasize that this doesn’t answer the question of whether it should be legal to offer certain options. Michael Sandel has argued that some things shouldn’t be for sale because putting them on the market erodes dignity. Because I am a skeptic of legal prohibitions on human activity, I am not arguing that it should remain illegal to sell your kidney or offer a standing-room seat on a plane. Rather, I am arguing that because some people are in positions of severe financial constraint, it’s ludicrous to speak of their market decisions as meaningful reflections of their personal preferences. Most of us, if we could, would choose to fly in the 1970s Boeing Tiger Cabin rather than strapped to a vertical board: 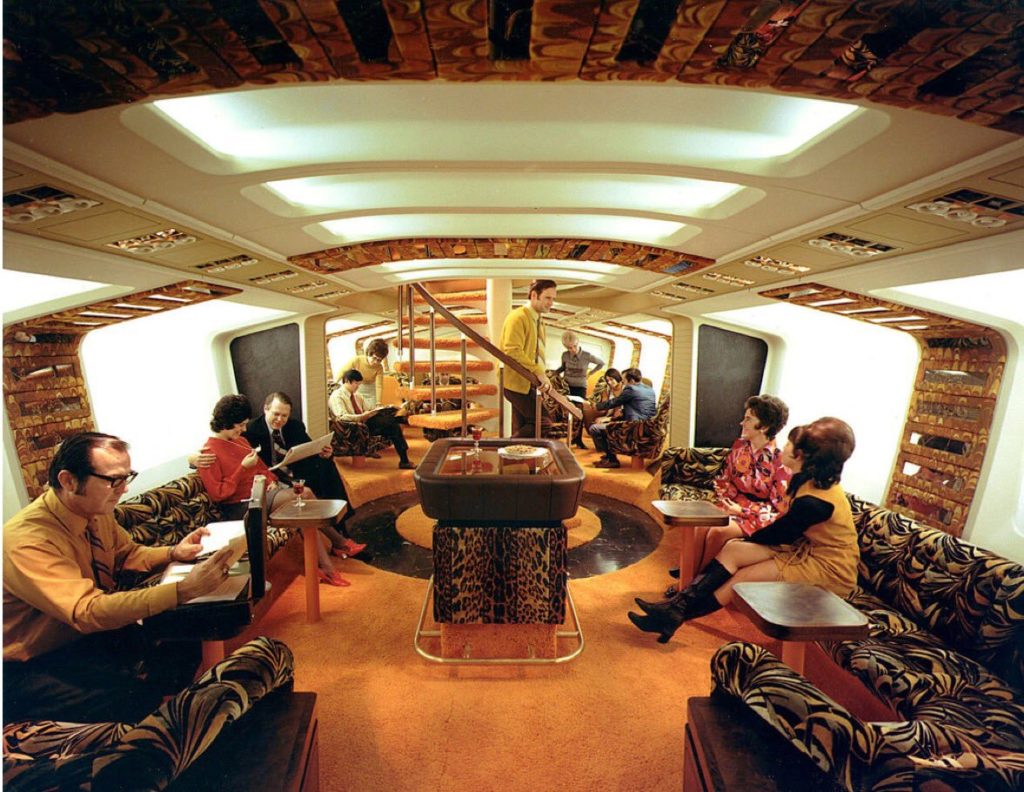 But because we’re not billionaires, we’re not going to fly in the Emirates fully-enclosed Mercedes Benz-designed luxury suite. We’re going to fly packed in crates, if that’s an option. And as airlines steadily decrease legroom, making flying ever more uncomfortable so that the industry makes tens of billions of dollars in profit, we’ll put up with it because upgrading is outrageously expensive and our wages have stagnated. As even the University of Chicago’s “Pro-Market” blog has acknowledged, research is beginning to show that rises in markups on goods are driving massive increases in profit, meaning that while Jeff Bezos can choose to spend his money buying humongous houses or giving out free bananas, the rest of us are going to be paying more and more for less and less, the seat in front of us edging ever closer to our knees.

Funnily enough, free markets would actually be far less objectionable if it weren’t for the existence of incredibly rich capitalists. If everything was a “Should I spend my money on croquet equipment or lampshades?” scenario, in which everyone was well-off and the choices weren’t of the “Would you like to work three jobs or watch your child die?” variety, it would be meaningful to speak of our decisions as revealing our true values. But when we’re constrained by our limited means, we may choose to give up our dignity in order to save some money, but that doesn’t mean we like giving up our dignity, or that it’s somehow fair that we should have to. In a world where everybody could choose between the Tiger Cabin and the Standing Seat, without either choice leaving them materially deprived, extra choices would be unobjectionable good. But we live in this world, where the reason people accept indignities is not that they desire them, but that they can’t afford to buy their way out of them.

Where The Left Goes Next How Can You Talk Effectively to Anti-Vaxxers, Flat Earthers, and Climate Deniers? Is Christopher Hitchens Still Worth Reading? The Allure of Shipwrecks Adventures in 19th Century Socialism