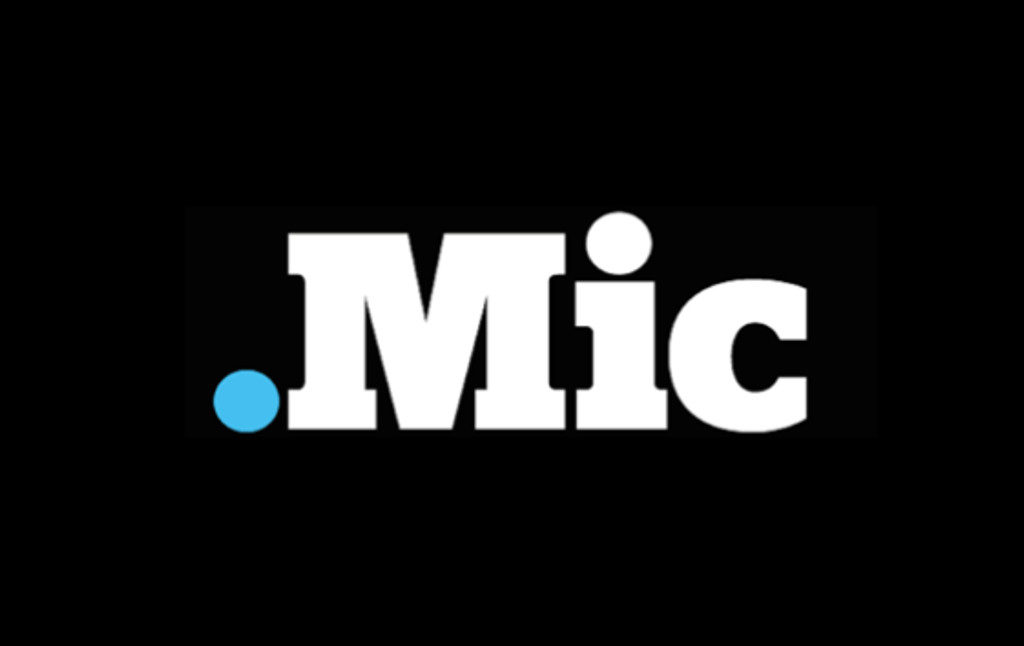 Defending progressive values from the media institutions that profit off them…

It should be obvious that having large for-profit media institutions operate yields disastrous results. As with other markets, if a journalistic institution is out to make money, it will sell what people can be convinced to buy rather than what will actually do them any good. And since we are all weak and easily distracted by gossip, fearmongering, and sleaze, we will be given disproportionate amounts of gossip, fearmongering, and sleaze. The pressure for institutions to get as many viewers/readers as possible has had pernicious consequences in the Trump Era, since it’s hard to get people to pay attention to serious issues when they could be watching the antics and drama of the Trump Show, which is—let’s be honest—the most entertaining thing on television. CNN and MSNBC produce nonstop noisy Trump coverage, and are getting their highest ratings in years.

Of course, having a parade of rubbish on television is nothing especially new. Donald Trump may have made it worse, but it’s not like CNN has ever been watchable. And the harmful results of having journalism mixed with business have been evident since at least the time of the Spanish American war. But in a new report about the progressive commentary website Mic, we can see a further troubling dimension of the profit problem: its potential to exploit and thereby corrode and cheapen the ideal of social justice.

Mic recently announced that it would be laying off two dozen staffers, as part of a pivot to video, the infamous process by which moribund journalistic institutions desperately attempt to save themselves by eliminating text-based content, on the theory that this is what millennials want. (As a hip millennial magazine, Current Affairs recently rolled out its own pivot to video.) Writing for The Outline, Adrianne Jeffries surveys the website’s history, from its beginnings as a bland purveyor of D.C. conventional wisdom called PolicyMic to its emergence as one of the foremost online voices of the “social justice” movement, garnering a huge audience by pushing politically progressive takes on the news. Mic swiftly became notorious for the tenor of its condemnations of problematic things, becoming, in the words of one former staffer, the place where millennials could go each day to find out “What are we supposed to be outraged about?” As Jeffries summarizes:

Every day, there was someone, like plus-size model Ashley Graham, to cheer for, and someone else, like manspreaders, to excoriate. Kim Kardashian annihilated slut shamers, George Takei clapped back at transphobes. “In a Single Tweet, One Man Beautifully Destroys the Hypocrisy of Anti-Muslim Bigotry.” “This Brave Woman’s Horrifying Photo Has Become a Viral Rallying Cry Against Sexual Harassment.” “Young Conservative Tries to Mansplain Hijab in Viral Olympic Photo, Gets It All Wrong.” “The Problematic Disney Body Image Trend We’re Not Talking About.” “The Very Problematic Reason This Woman Is Taking a Stand Against Leggings.”

But according to the former employees Jeffries spoke to, much of this was deployed cynically. Mic’s founders, Chris Altchek and Jake Horowitz, “did not believe the things that their staffers were hired to write about.” In fact, their approach to social justice issues was sometimes nakedly mercenary: when pitched a story, one asked about the subject of the aritcle “But is she black? Is she black?” Mic stories had a formula: “In One Perfect Tweet, X” or “Celebrity X Just Said X About Issue X, Here’s Why That’s Important.” As it grew, the site was publishing between 50 and 100 stories per day, with 2500 writers, and “individual stories kept going viral, pulling in 2 million, 3 million, 5 million unique visitors per piece.” Microsoft, Cadillac and GE signed up to run “branded content” on the site, a.k.a. adverts disguised as articles.

While the site’s founders would claim that it was trying to “inform and empower our generation to have an impact,” its staff saw it as trying to “commodify people’s feelings about race and gender.” There was a “fixation on traffic” that led to “reductive headlines [that catered] to an echo chamber.” The outrage was always ratcheted “up to 11,” and while the site often promoted serious progressive causes and drew attention to Black Lives Matter and the Bernie Sanders campaign, it was clear that the chief task was the pursuit of clicks. Every time the site “attempted to reinvent itself as ‘real journalism,’” the founders would “get spooked when traffic dropped and return to the low-hanging fruit.” Staff members, many of whom actually believed in things, felt used.

Jeffries’ report on Mic is disturbing, because it shows how “exploiting your audience’s basest temptations” is not just limited to tapping into people’s lurid interest in celebrities and gore. It can also mean manipulating their most deeply held moral convictions. You know a person is interested in making the world a better place, and bringing about race and gender equality. And you realize that there’s money to be made by selling them the feeling of having made the world a better place and brought about greater race and gender equality. The consumer can get angry at today’s Problematic Thing and feel as if they have participated in the struggle against the world’s injustices. The company reaps advertising dollars from Cadillac and GE.

This isn’t just crassly manipulative. It’s actively harmful to the cause of social justice. First, it takes the fight from the material world to the online world, further turning politics into what Adolph Reed has termed a cargo cult, addressing injustices through discourse rather than action. Second, it makes people’s anger blind and evenly-distributed. As a former Mic employee told Jeffries, “if everything is an outrage nothing is an outrage.” So Mark Zuckerberg’s defense of wearing gray T-shirts is lumped in with mass incarceration as one of the world’s many problematic things. From another employee: “Everything is the biggest deal in the world because you’re trying to create traffic, and it desensitizes us to what are actually huge breaks in social and political norms.”

It’s important to stress that these employees believed strongly in social justice. And it’s precisely because they believed in it that they became uncomfortable with a business model that tried to find things to get people upset about, rather than things that people should care about. You should care about the perilous situation of undocumented people under Trump’s ICE regime, and the horrendous violence faced by refugees who are under the threat of deportation. But then again, there were “15 times the Kardashian-Jenners were problematic in 2017” and “5 times Megyn Kelly was just as problematic as her Fox News colleagues.” This is not to say that the Kardashian-Jenners were not problematic 15 times in 2017, or that Megyn Kelly isn’t problematic too (though I increasingly believe the word problematic should be deemed too vague to effectively convey content). It’s a question of how much of people’s attention these things should take up. Everyone has a finite amount of time in their day and a finite amount of emotional energy to expend. Every moment spent thinking about one injustice is time not spent thinking about another. It’s therefore reasonable to ask whether, in a world of poverty, violence, cruelty, and bigotry, it is worth spending a moment of one’s time on the fact that one FOX News host who seemed to be slightly less horrendous than the other FOX News hosts turns out not to be any less horrendous than the other FOX News hosts after all. Or that a family of vapid reality show stars are not the vanguard of liberatory racial politics. Unless you actually began with faith and confidence in FOX or celebrities, there’s no reason to be disappointed by them. The skeptical leftist simply treats all such people as irredeemably toxic and moves on to thinking about how to solve serious global problems.

Notice, again (I am trying my best to avoid the possibility of misinterpretation), that this is not a dismissal of the concerns of social justice-minded people, but an argument that the structure of media is actually undermining the goals of social justice by encouraging those who care about it to fixate on symbolic and comparatively less significant things. That isn’t even to say that these things are in-significant; those who pointed out that Mark Zuckerberg can only get away with casual and sloppy clothes because he is a man are correct, and sexist double-standards in workplace clothing are not a trivial issue. Countless women have to endure them every day. But Mic wasn’t trying to evaluate things according to their level of harm and apportion their coverage accordingly, they were just trying to find a famous person to excoriate. The former Mic staffers who were committed to social justice values were not upset because the site was outraged about injustice—they wanted to be outraged about injustice! They were upset because there was no sense of proportion, which meant that social justice values were being turned into a caricature. One former employee said the site’s approach, which gave endless material to Breitbart for its attempts to lampoon leftists, ended up distracting from real issues in a way that may have had serious political consequences. “It kills me when I think about the contribution of liberal media in what happened in the election… When I think about the role Mic played in growing that sentiment of moral outrage… it doesn’t feel good.” If the left appears to be more concerned with what Mark Zuckerberg is wearing than with the Flint water crisis or nuclear armageddon, people may not take the left seriously when it claims to have serious moral values beyond getting upset at whatever happens to be in front of it.

A while back, I tested the left media landscape myself with an experiment, writing one article about deportation and another calling Amy Schumer’s movie racist. Guess which one instantly found an outlet willing to publish it? Both of those articles were based on left concerns about oppression and bigotry, but the media landscape is structured to elevate the comparatively more trivial topic. And the more you care about progressive values, the more concerned you should be that issues that most hurt people are sidelined. You can even still believe Amy Schumer’s film is racist (I can’t remember anything about it anymore, honestly) while having a clear order of priorities for the injustices you want people care about.

If it weren’t for the mass layoff, which seems to have eliminated a lot of decent and talented people, we could rejoice in Mic’s collapse. While it housed good work, it also helped poison our discourse, taking our attention off the material situation of women, people of color, poor people, and LGBTQ people, and placing it on offensive things said by individuals who didn’t matter very much (such as a high school teacher in Oregon who rejected the concept of rape culture). It didn’t do that because it had a theory for why symbolic and discursive things matter more than we think, but because its owners figured out that this was a sound business model, and wanted to cultivate progressive anger for profit. This is a deeply ugly and somewhat frightening effect of a market-driven media. It can not only stupefy us and distract us, but it can manipulate our concern for the vulnerable and marginalized, so that we forget to ask the question of what actually helps the vulnerable and marginalized. Allowing corporate control of the media is bad enough to begin with, but allowing corporations to direct what makes us morally outraged will prove devastating to the cause of social justice.