How To Write About Nazis 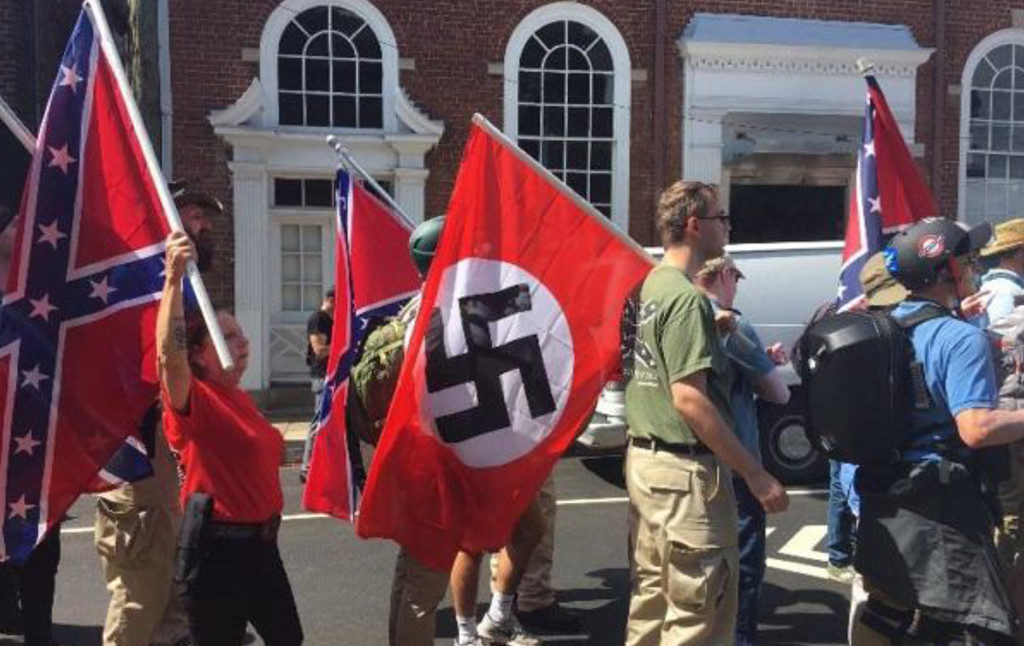 When covering the far right, the media has a duty to deliver both facts and context, fearlessly and stoically…

Richard Spencer is a PR flack. He’s not the best, but he does have some tricks. He knows, for example, how to flummox a journalist with a “reasonable” tone. He knows how to get the press to write long profiles of him, complete with fashion photography.

He also knows how to divide his opponents. For example, he has gone so far as to promote the work of some of the more incisive left-wing writers in order to discredit them; in the eyes of a panicked and gullible left, anyone Spencer endorses must be a Nazi sympathizer. He has spoken favorably of Angela Nagle’s Kill All Normies, one of the only works on the alt-right to actually include helpful advice on how to stop its growth, and he did that knowing that his kiss-of-death “endorsement” will discourage lefties from taking the book’s warnings seriously. He has done the same to Glenn Greenwald and Sam Kriss. (A good piece of advice for the left: don’t let Nazis play you like a fiddle. Don’t cast aspersions on your comrades just because he sidles up to them.)

The mainstream liberal media, however (Vive La #Resistance!), either isn’t particularly good at detecting this savvy, or they have zero interest in doing so. The press covers Spencer and the alt-right exactly as they would like to be covered, inflating their cultural significance, obsessing over their personas, and failing to challenge their ideology. Witness Vice’s interview of Richard Spencer, which—far from exposing Spencer as the genocidal creep that he is—devolved into outright flirtation between the Nazi and the journalist. (The only outlet to butter him up further was Mother Jones, which coined the astonishing phrase “dapper white nationalist.”)

Ostensibly critical profiles of alt-right figures frequently look as if they have been written by their subjects. The New York Times Magazine recently gave considerable space to a piece about Peter Duke, the alt-right photographer who has made it his mission to make presentable portraits of every fringe right-wing icon from Charles Johnson to the Google Memo Guy. Admittedly, trying to work visual magic on some of America’s least photogenic men is an ambitious project requiring some considerable technical skill. But it’s still not necessary to call Duke, as the Times did, “The Annie Leibovitz of the Alt-Right,” nor is it professional to moon over him thusly:

“On a clear afternoon in mid-February, I met the photographer Peter Duke outside his apartment in Pacific Palisades, an affluent Los Angeles neighborhood situated on a high cliff overlooking the ocean. Duke is 60 but looks a decade younger; he has a head full of wavy, sand-colored hair, and in his green hoodie, khakis, black sneakers and a camera bag slung casually over his shoulder, he gave off the air of a retired director…”

However, it’s also hazardous (and intellectually dishonest) to engage in the converse; treating Nazis as some massive unstoppable movement on the precipice of seizing power (which they are not). Exaggerating the power and influence of the Alt-Right not only contributes to unnecessary panic, it plays into their promotion campaigns. Before his fall from favor, Milo Yiannopoulous’s entire pitch was that he was “dangerous”, a transgressive affectation that was only made more appealing to his fans by the distraught pearl-clutching of his liberal detractors. This is the worst of both worlds: we lose the credibility that comes with trying to be fair and restrained, yet without actually doing anything to stall the political agenda of the far right.

Stopping the rise of white supremacists requires careful consideration of what kind of media coverage actually helps white supremacists. Jim Naureckas of media watchdog FAIR (Fairness and Accuracy in Reporting) provided a meaningful guidepost: “You have to ask yourself: How do neo-Nazis want their rallies to be covered? How different from that from the way they’re actually covered?” Richard Spencer is currently happy as a pig in shit over his recent press. This means something is wrong.

I have therefore taken the liberty of producing a few guidelines for those who have found themselves on the Nazi beat. In the spirit of Charlie Brooker’s “How to report mass murders,” here are some handy Do’s and Don’t’s to keep you on the right side of ethical:

This, from Getty, is a useful image. By showing the edges of the crowd, it leaves no doubt as to exactly how large the torch-march was. It makes clear that while, yes, the UVA campus was swarmed by a group of angry racists with polo shirts and tiki torches, this was not exactly one of the Nuremberg Rallies. By contrast, solely providing closeup photographs leaves audiences without a clear understanding of scale.

Thousands of people — many from out of town — are expected to descend on the city to either protest or participate in a “Unite the Right” rally on Saturday convened by white nationalists who oppose a plan to remove a statue of Robert E. Lee, the Confederate general, from a city park.

Civilian comrades also have some political responsibility to accuracy and stoicism as well. Early information is so, so, so often wrong, sometimes even from “serious” journalistic outlets, many of whom are just competing for clicks. Before posting, check your sources, never disseminate speculations (even from Twitter users who appear to be on the ground), and never engage in online detective work or crowd-sourced vigilantism to track down the Bad Guys. Often, this information is not accurate, and nearly always results in cases of mistaken identity and harassment of innocent people, often with horrifying consequences.

And as for sharing your pain and anguish socially, remember to behave with sympathy and care, especially while tensions are high. Avoid impetuousness and dramatic hand-wringing. Strive for clarity. There is a libidinal relief to socialized fretting—panic as pastime, if you will—but the moment you find yourself veering into speculations or desperate lamentations, reconsider that particular Facebook post or Tweet (no matter how many likes it might get you). Don’t participate in spectacles. Don’t vaguebook (allude to unknown parties). Abstain from unproductive hostility and/or passive aggression, especially toward the naive and well-meaning. Don’t be smug. Take a breath. Sit in silence for a moment and collect your thoughts. Consider avoiding the echo chamber by logging off. If you can, find someone to talk to in real life; it’s healthier for you and healthier for “the discourse.” People are genuinely scared, so try not to contribute to the fear and confusion; panic and hopelessness go hand in hand, and now more than ever, socialists have a duty to discipline and vigilance.

Above all, keeps things in perspective. It’s true that the far right are coordinating, but they are not on the precipice of seizing power—the traditional right (that old Republican base) already have that squared away. The brownshirts are not at the gates just yet, but if they ever get there, we’re not going to beat them back if we lose our heads.