The Problem Is Murder 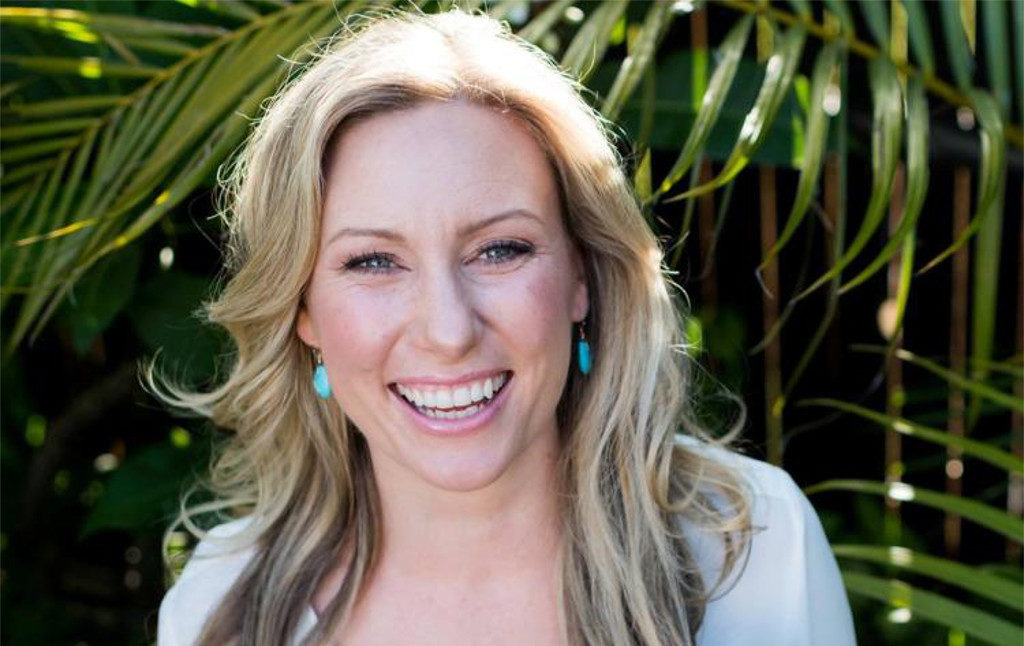 “America sucks,” Justine Damond’s stepson concluded after Damond was shot to death by a Minneapolis police officer last week. In the days leading up to her death, Damond had been living a joyful and promising life. An Australian immigrant, she had been working as a yoga instructor and life coach, and was due to be married in the fall. Just a few weeks ago, she had rescued a family of ducklings from a storm drain, piling them into her skirt to return them to their mother, a moment she described as sheer bliss.

On July 15th, Damond called the police from her home, to report a possible sexual assault she had witnessed taking place outside. But, in a disturbingly familiar story, when the officers showed up, instead of interviewing Damond, they killed her.

The police have provided no clear explanation for why Damond was killed; her fiancée reports that he has been given no answers. The facts that are available make it difficult to conceive of any possible justification: after all, Damond was trying to act as a responsible citizen.

But another issue has dominated press coverage of the Damond killing so far: in an apparent violation of departmental protocol, the officer who shot Damond did not have his body camera on. Immediately the ACLU demanded to know why the body camera hadn’t been activated. “Why did the police not use their cameras?” ran the BBC’s headline. “Minneapolis Officers Failed To Turn On Body Cameras Before Fatal Shooting” reported NPR. “Why did the US policeman who killed Justine Damond have his body camera turned off?” asked Australia’s ABC News. From FOX: “Questions over why Minnesota cops had body cameras off during shooting of Australian woman.” And the mayor of Minneapolis announced: “I have the same questions everyone else does. Why weren’t the police cameras on?”

But that isn’t the same question everyone has. In a certain respect, it’s strange that the body camera question has dominated coverage of Damond’s death. After all, surely “Why weren’t the cameras on?” isn’t the main question surrounding the killing. It’s a trifling issue compared to the death itself; if the body cameras had been on, the only difference would be that we’d have yet another chilling video of a human being’s final moments of life. Yes, it’s true, we would have “answers,” but the only reason we don’t have “answers” now is that the Minneapolis Police Department refuses to provide any. The more important issue is not why we don’t have answers, but why we don’t have Justine.

There is almost certainly no excuse for what happened to Justine Damond, barring the somewhat remote possibility that the yoga and meditation instructor, in the middle of reporting a crime, impulsively decided when the police showed up to charge the officers while wielding a semi-automatic rifle. But there’s a risk that, with officers having apparently violated departmental protocol on body camera use, the issue of why there was a “lack of transparency” will come to predominate over the issue of why there was a murder. FOX reports that “the ACLU has called for penalties against the officers for not starting their units.” But they should be calling for penalties over the murder, not just over the violation of departmental body camera policy. One can almost imagine an official promising to stop at nothing to make sure justice is done, insofar as justice means body cameras: “We intend to conduct a full and fair investigation of whether these officers wore body cameras or not and to make sure that officers are trained to ensure that in the future, no shooting occurs without a body camera. Nobody deserves to have their life taken by an officer who is not wearing a body camera.”

The use of body cameras has become somewhat of an odd fixation in discussions surrounding police use of force. There are plenty of good arguments for why they’re useful, and it’s better to be able to see what the police do than not to see it. But while body cameras probably make police officers far less likely to use a racial slur while shooting someone, they don’t actually get at the reasons why officers shoot people in the first place. Armed and jittery police are inherently dangerous, whether we film the consequences or not.

Body cameras might also be thought of as a means of enhancing accountability, of making sure that actual criminal conduct by officers will be punished – but again, this misses the key sources. In many cases, it’s the law and the legal process that is stopping officers from being criminally convicted (or held civilly responsible), rather than the absence of a videotape, as we know from the countless cases in which clear video of a shooting failed to create a guilty verdict. There are exceptions in which video is very useful; Walter Scott’s killer would likely never have seen any criminal consequences were it not for a damning videotape, and activism around the deaths of Eric Garner and Philando Castile was galvanized by the excruciating footage of their deaths. The important thing to remember, though, is that body cameras aren’t a substantive solution, because what is ultimately needed is “less police violence and abuse” rather than “films of police violence and abuse.”

Body cameras have significant potential downsides that merit public discussion. Most obviously, they can easily distort reality and actually lead to mistaken perceptions about the truth of an event, and access to body camera footage will inevitably be controlled and managed by police. They are also destined to be surveillance tools as well as accountability tools. Motorola is currently working with an artificial intelligence company in order to develop facial recognition software that will allow officers to conduct “person of interest searches” using their body camera technology. The combination of artificial intelligence with body cameras offers an array of frighteningly dystopian future policing practices. Furthermore, as with any other expensive piece of hardware, the body camera consensus could simply become another windfall for the vast “Orwellian security apparatuses” industry, funneling yet more money toward the private sector and department budgets for questionable social returns. But even at their best, body cameras are a tactic for reaching a goal, not a goal in and of themselves.

The Justine Damond case has another wrinkle in it that should affect how one thinks about police violence: Damond is white, and the officer who shot her is black. This isn’t terribly surprising; the plurality of fatal police shootings are of white people, even though black people are shot disproportionately. But it should lead us to ask an important question: “To what extent is the problem that so many police shootings are racially biased, and to what extent is the problem that there are so many police shootings to begin with?” The American criminal justice system is notoriously vicious toward black people in particular. But, as James Forman has pointed out in his efforts to add nuance to the “New Jim Crow” narrative, the criminal justice system is also excessively punitive in general. Efforts to end racially discriminatory practices need to be coupled with efforts to end violence more broadly, or else we will end up equalizing the distribution of the injustice rather than eradicating it altogether. People of all races are killed by police, from young Latinos to mentally disabled white people. The task is to figure out how to reduce deaths. Murder is murder, whether directed at a widely beloved African American cafeteria worker or an exuberant, duckling-loving white yoga teacher. That doesn’t mean we should endorse the noxious “All Lives Matter” formulation, which is used to draw attention away from the particular lives that most need to be afforded the importance and respect they deserve, and it’s obvious that black lives are in America devalued to a uniquely extreme extent. Still, it shouldn’t be controversial to say that every victim of police violence deserves to matter.

One cannot help but sympathize with Justine Damond’s stepson for concluding that “America sucks.” Her killing is the latest in a long and exhausting list. It follows only a month after the acquittal of the officer who shot Philando Castile. Recent victims include Dejuan Guillory, a black man, who was shot and killed by police in the rural Louisiana town of Mamou and Aaron Bailey, a 45-year-old black man, who was killed by Indianapolis police after a traffic stop. (And let us not forget the six Coloradans recently killed by police over a five-day period.) This country has a problem.

It’s important to always remain clear on what the issue is, though: it’s the murder. Yes, it’s a problem when police violate protocol on wearing cameras, but a bigger problem is that they kill people, camera or no camera. Filming the police killing someone doesn’t make that person any less dead. It’s a problem when white police officers kill black men, but it’s still murder when the demographics of the involved parties are reversed, and police shootings aren’t more justified if there are a racially proportionate amount of corpses. And while murders by police should probably be both less discriminatory and more transparent, ultimately, there shouldn’t be murders at all, and our solutions are only valuable to the extent that they make for fewer victims.

Nathan J. Robinson  Oren Nimni is the legal editor. This seems to conflict with his feelings about the law, but who are we to judge? He doesn't like prisons and sues them regularly at Rights Behind Bars.