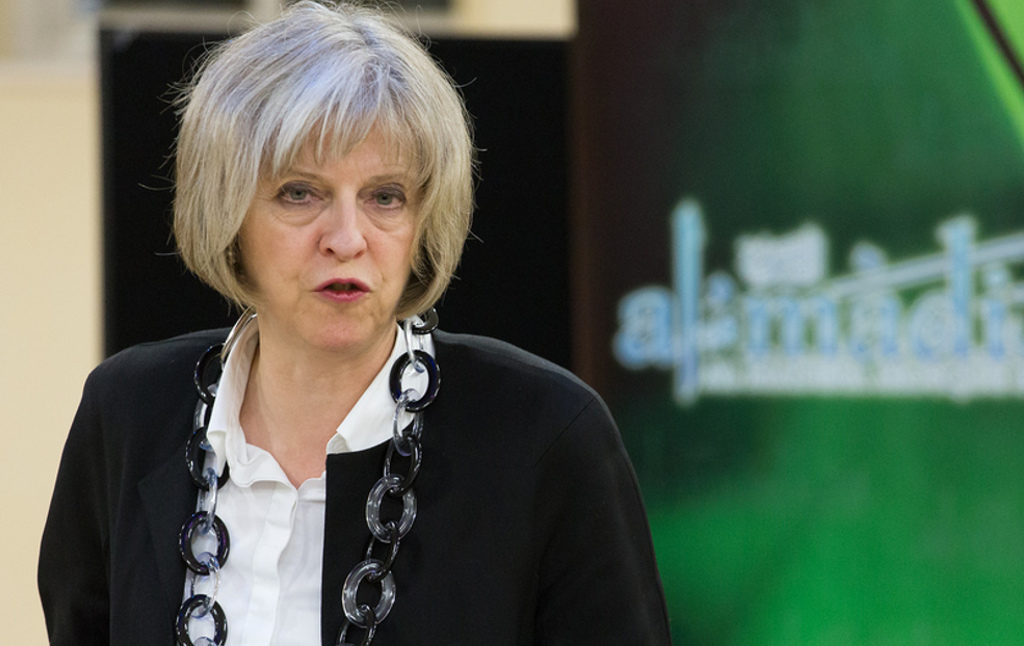 The Conservatives have shown contempt for Britain and for democracy, and should be punished at the polls.

Let’s be clear: there is only one reason why British Prime Minister Theresa May has spent the entire U.K. election campaign refusing to publicly debate Labour leader Jeremy Corbyn. The reason is not very complicated or difficult: the possible risks simply outweighed the possible rewards. She refused to debate Corbyn because she made a cost-benefit calculus and determined that the amount of public support she would lose by abstaining was not large enough to justify the potential costs of a debate. These costs could have been very high indeed for the Conservative Party. At best, May would have been legitimizing the Labour Party as an equal competitor worthy of engagement. At worst, she could have actually lost to Jeremy Corbyn, which would have been a disaster and would have totally undermined her attempt to use the election to quickly vanquish and discredit Labour.

It’s obvious that this was simply a result of a strategic calculus, because all of the excuses May offered for not debating were excruciatingly feeble. She has claimed to be too busy working on Brexit negotiations to do a televised debate—a claim she has been making during televised interviews. (And sure enough one of her other excuses has been that she is already doing plenty of media: “I’ve not been off the television screens, I’ve been doing things in the television.”) May also called the election herself, making it odd for her to claim that it’s a bad and busy time and that she is preoccupied with far more important matters than the election. May also dismissed the prospect of a debate by saying that nobody wanted to see politicians “swapping soundbites,” explicitly conceding that if she did attend a debate, she would be bringing nothing but soundbites.

It has been suggested that May’s avoidance of a public debate shows that she is “frightened” of Jeremy Corbyn. I don’t think it’s necessarily that, though. Certainly, May must be partly worried that she could lose a debate. But May might still have declined despite being absolutely certain that she would prevail in the encounter. All she needed to realize was that debates can be politically effective even for those that lose them. The reason U.S. third party candidates like Ralph Nader are so desperate to get into presidential debates, for example, is not to do with winning or losing but the tremendous publicity value of being seen as an equal on the stage. And Donald Trump, despite performing catastrophically in the actual “debate” portions of the presidential debates, was able to use his television match-ups with other candidates to make himself appear like a viable, if volatile, option.

So May realized that, with Labour over two dozen points down in the polls at the beginning of the campaign and Jeremy Corbyn being widely seen as a fringe nobody who was shepherding the party toward its doom, avoiding the debates would send the message that Labour wasn’t even serious enough to be worth confronting. With Corbyn already being branded as a hopeless loser, May could further undermine his attempt to form a legitimate opposition and could imply that there is simply no alternative to continued Conservative rule.

All of this has turned out to be completely hubristic, now that Labour has drastically improved its stance in the polls and the race has become competitive. But I want to pause and note something else: just how amoral and contemptuous of democracy May’s stance on the debates has been. May deprived the British public of their chance to hear a real discussion of the differences between the two parties, purely because she believed doing so would not help her own electoral prospects. She treated voters as stupid by offering them transparent lies about her reasons for declining to debate. And she demonstrated that she doesn’t actually care about having a fair political fight, but solely about retaining her hold on power.

The presence or absence of a debate may seem like a comparatively minor issue. After all, the public has heard a lot from both Corbyn and May separately. But the logic of May’s decision-making here should repulse people. May called the election cynically at the time when she believed it would be easiest for her to win, and then refused to actually fight fairly in the debate arena. Her entire handling of the election has been purely cynical and calculated. (Witness her immediate reversal of a party policy when she found out it was unpopular. The Conservatives are utterly uninterested in a process of presenting serious ideas to the public and having a discussion about them, they simply want to take advantage of a perceived opportunity to crush the other side.)

Of course, you might say that May was behaving rationally, and that there’s no crime in a politician making a political calculation. Showing contempt for the political process and telling lies to voters was the optimally correct political move. But there’s no reason why voters should allow themselves to be manipulated this way. The only way that amoral behavior ceases to be strategically correct is when people are punished for engaging in it. Theresa May believed that pulling out of the debates would not cost her much politically. Next week, voters have a choice to prove that this isn’t so. In fact, unless voters heavily punish the Conservative Party for ducking the debates and trying to win an election without allowing the Labour Party to debate them, this kind of cynical behavior will occur more in the future. If voters think the Prime Minister should be willing to debate the opposition, then a Prime Minister who simply ignores all requests to debate the opposition should no longer get to be Prime Minister.

Now, just to be clear, I believed Jeremy Corbyn’s initial refusal to attend the debate if May wouldn’t was wrong as well. Corbyn’s reasoning was far more justified; Britain is functionally a two-party system, and if the Prime Minister won’t show up to the debate, there isn’t really a debate to be had. But I am glad Corbyn ultimately reversed himself and attended a debate alongside the third parties. The whole idea of skipping out on the televised debates, however, originated with May.

When I first heard that Theresa May wouldn’t consent to debate Jeremy Corbyn, despite having called a snap election herself, I was furious. It felt like cheating. Not only did she want to forestall Labour’s opportunity to build support by having an election as quickly as possible, but she insisted on denying them the one rightful chance they had to meaningfully compete with the Conservatives. To not even be willing to defend your ideas against the opposing party is cowardly and dishonorable, and suggests that Theresa May is far less concerned with British democracy than with her personal power. Procedural issues like debates are obviously less important than substantive policy issues, but unless politicians who shun accountability are given a stiff political penalty by voters, they will be increasingly inclined to avoid fair fights when those fights might undermine them, which means they will steadily withdraw from public accountability.

Theresa May’s television appearances have gone disastrously. It’s not hard to see why she doesn’t want to debate Jeremy Corbyn, who is warm, intelligent, and likable. But debate is integral to democracy, and “because the other side might win” is not a legitimate reason to shut it down. Theresa May’s avoidance of a public confrontation should be treated as a very serious indictment of her character and of her party’s respect for the British public.