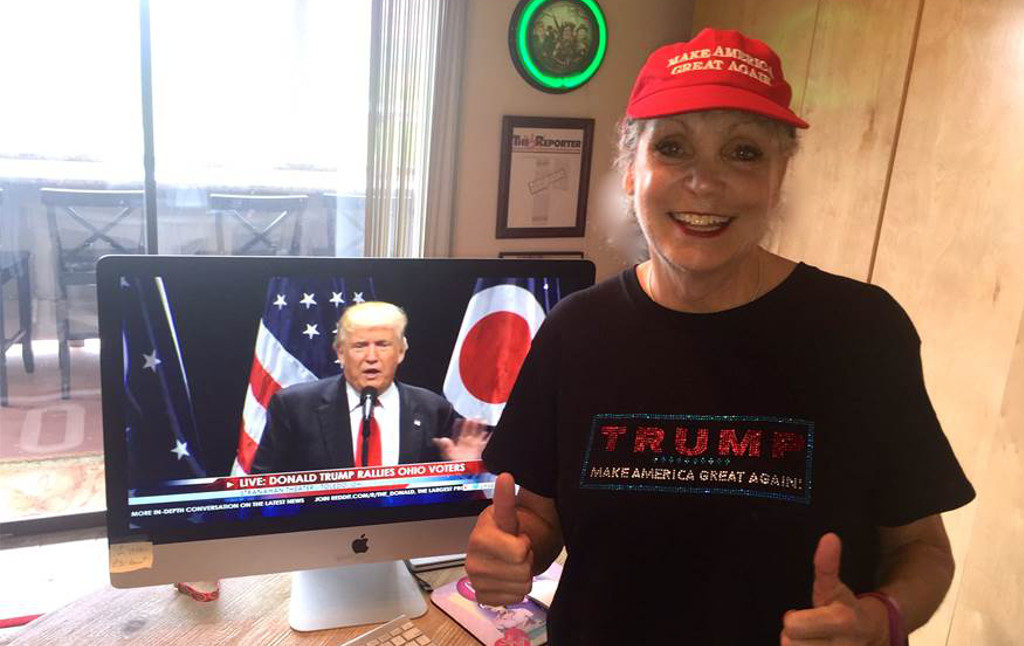 Democrats need mobilization, not dialogue, in order to win…

Are liberal protesters losing an opportunity to defeat Trump by being too mean? That’s the contention of a Sunday New York Times “news analysis” full of anecdotes like this one:

Jeffrey Medford, a small-business owner in South Carolina, voted reluctantly for Donald Trump. As a conservative, he felt the need to choose the Republican. But some things are making him feel uncomfortable — parts of Mr. Trump’s travel ban, for example, and the recurring theme of his apparent affinity for Russia. Mr. Medford should be a natural ally for liberals trying to convince the country that Mr. Trump was a bad choice. But it is not working out that way. Every time Mr. Medford dips into the political debate — either with strangers on Facebook or friends in New York and Los Angeles — he comes away feeling battered by contempt and an attitude of moral superiority. He added: “I didn’t choose a side. They put me on one.”

The article continues in this vein: lots of conservatives who voted for Trump “feel uncomfortable” with one thing or another about the man–the racist policies, the sexual assault, the incompetence, whatever. Perhaps, the author hypothesizes, these people could be convinced to vote against Trump in 2020? Unfortunately, they also feel pretty uncomfortable about being called white supremacists on social media and compared to the KKK in protest chants. Liberals are being very mean to them. Disturbingly, one liberal woman even rejected a man on Tinder. This sort of thing makes them feel bad. If we want them to vote for us, we shouldn’t make them feel bad by having protests and calling them Nazis; we should engage in dialogue. We should stop polarizing so hard. We should be nicer.

The odd notion that a conservative small business owner from South Carolina who voted for Trump because he’s Republican and conservatives who vote for Republicans “should be a natural ally” of liberals trying to defeat Trump nicely encapsulates a model of US politics with a great deal of influence in the mainstream media and the upper echelons of the Democratic Party. Under that model, the trick to winning at politics is to find moderate, reasonable people whose views are located approximately halfway between the Democrats’ views and the Republicans’ and then convince them, through dialogue, that you, too, are a moderate and reasonable person. In this model, having a base that does things like have vociferous protests is a major weakness for a political party: it makes the whole party look immoderate and unreasonable. The general strategy for the Democrats implied by this worldview was nicely summarized by Chuck Schumer in July, explaining why Clinton would win: “For every blue-collar Democrat we lose in western Pennsylvania, we will pick up two moderate Republicans in the suburbs in Philadelphia, and you can repeat that in Ohio and Illinois and Wisconsin.” Go find the reasonable (read: college-educated) Republicans and do what it takes to convince them that you’re on their side.

If you’ve been following the news in the past few months you may have noticed that this didn’t work. Clinton’s campaign strategy centered on portraying Trump as a crazy person in order to convince reasonable Republicans not to vote for him—and, you know, he kind of is a crazy person. But the overwhelming majority of Republicans voted for him anyway. Why? Well, because they’re Republican. You know? They like Republican stuff. Tax cuts, welfare cuts, racist immigration restrictions, banning abortion, boiling the oceans, stuff like that. They really love those things and think they’re great ideas, and they’re not going to sell them out just because the Republican candidate has some personal issues, “uncomfortable” though they may feel.

To put it more bluntly: the vast majority of Trump voters voted for Bush in 2000, McCain in 2008 and Romney 2012 and will be voting for Trump in 2020, Palin in 2024 and Milo in 2028. Swing voters, to a fairly close approximation, don’t exist. Most Americans who vote consistently understand that the two parties represent dramatically different worldviews, and they know which one they share. The fact that some conservatives choose to describe themselves as moderate independents who are merely turned off by the Democrats’ extremism, flattering though it may be to their self-image, has very little to do with Democratic strategy in the next four years.

Where, then, should the Democrats look for votes? Not to small business owners in South Carolina, but to the 40% of American eligible voters who didn’t vote in 2016. Those voters are significantly younger, poorer and more liberal than the 2016 electorate; getting them to turn out in significantly higher numbers would tilt the US to the left hard and fast.

What would that take? The Democratic Party leadership and liberal pundits have tended to see low turnout among Democratic demographics–particularly in midterm elections–as an unalterable fact of nature to be bemoaned; in fact, it’s a problem of messaging and, especially, organization. To make it happen we need hundreds of thousands of committed Democrats to run campaigns, organize rallies and knock on doors. A vociferous, angry, mobilized Democratic base is the only way to do this.

In early 2009, as Republicans licked their wounds following their overwhelming defeat in an Obama wave year, a new movement emerged: the Tea Party. Naysayers thought that this crowd of yahoos in silly costumes calling Obama a socialist ISIS-Nazi would help the Republican Party on its way into the dustbin of history by demonstrating to the media mainstream what a relic it was. What happened was quite different: first they won a Senate election in Massachusetts, then they won everything else in 2010. While a vast influx of post-Citizens United dark money played a role in this, scholars of the Tea Party agree that grassroots mobilization was key: the Tea Partiers met weekly, made plans, propagandized, showed up at town halls, knocked on doors, and changed the face of American politics.

The Tea Partiers didn’t try to convince liberals: they aimed to defeat them. They understood that their goal was not to win over moderates through dialogue but to (the refrain was constant) “take our country back.” Their understanding of politics, unlike that of the New York Times, had less to do with dialogue than with war. Liberals would be well advised to learn from them.

Photograph of Terrie Frankel, a “Lifelong Democrat who voted for Trump,” from Wikimedia Commons.