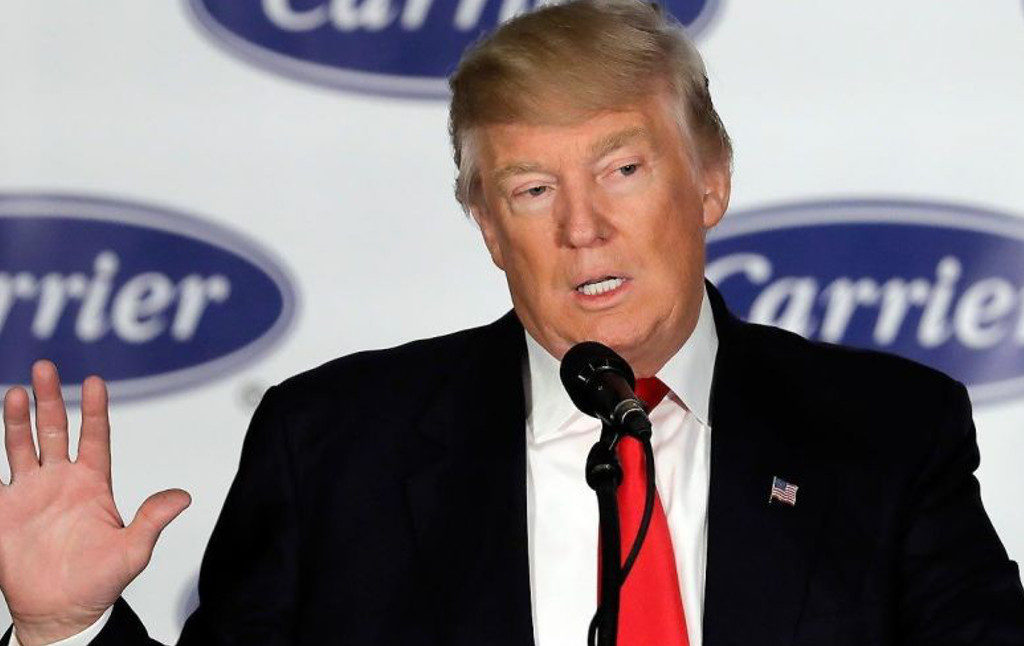 The president-elect’s PR move was very well-played. Bernie Sanders showed how to respond to such stunts.

Donald Trump’s deal to save 800 jobs at the Carrier air-conditioner plant in Indiana that were scheduled to be outsourced to Mexico should confirm Democrats’ worst fears about the Donald: that he is an exceptionally talented politician, one with enough of a talent for messaging and enough willingness to break with bipartisan orthodoxy to keep his economic-populist message convincing throughout what will no doubt be a profoundly anti-worker administration. If Trump can continue to dominate news cycles with things like this, it won’t matter when he shreds labor protections, deregulates industries, packs the NLRB and guts OSHA; the long-term consequences of those things are diffuse and complex, while saving 800 (or, per the Donald, 1000) jobs fits nicely into a 30-second TV spot. If Trump manages to sustain this kind of messaging, he will certainly win in 2020, and all the corruption scandals and Twitter faux-pas in the world won’t save the Democrats. It’s the economy, dumbass.

In a sense, of course, this is only the Democrats’ chickens coming home to roost: in hindsight they really shouldn’t have bought into the deep bipartisan consensus that Rust Belt manufacturing should be left to die slowly for the greater good. They accepted that since international trade permits every American to buy slightly cheaper at Walmart, it was acceptable to let entire regional economies wither on the vine with no real plan to replace the jobs. This argument was wrong on the merits, and wrong politically. The Democrats were always vulnerable to attacks on this front, since they had sold out one of their major regional constituencies in a big way; it’s just that up till now the Republicans have been both too feckless and too committed to free trade themselves to know how to exploit it. But the Republicans were saved from their fecklessness by an outsider candidate who turned out to be vastly better at winning elections than any national-level Republican in the modern era, and it’s very hard to see what the Democrats have to offer that win back the upper Midwest from a savvy economic populist like Trump—and without the upper Midwest there’s no Democratic coalition capable of winning national power. They should be very afraid.

Unfortunately liberal commentators don’t quite seem to see the scale of the problem. (That they are not terrifically good at politics should be pretty clear by this point.) From Paul Krugman at the New York Times sniffing that 1000 jobs isn’t that many jobs, you know, to Matt Yglesias at Vox complaining that the media shouldn’t have reported on this so much, liberals seem to be competing with each other for who can miss the point most. 1000 jobs is not that many jobs unless one of them’s your job. And it’s not the job of the media to counter Trump’s messaging strategy; that’s the Democrats’ job. A job they have thus far miserably failed at.

With one exception. Bernie Sanders published a piece in the Washington Post yesterday titled “Carrier Just Showed Corporations how to Beat Donald Trump.” Sanders reframes the debate entirely: even after Trump’s deal, Carrier is still outsourcing more than 1,000 jobs to Mexico, and it’s getting millions of dollars in tax breaks to keep a handful of jobs in Indiana—tax breaks that will come out of ordinary Indianians’ pockets. Trump, in Sanders’ telling, didn’t go to the negotiating table and beat a corporation; he pled with it and bribed it with taxpayer money and still lost half of the jobs. And now that corporations know they can get millions for threatening to outsource jobs, they’ll be coming for your job soon.

This is how it’s done, folks. Sanders is right on the merits, of course—corporations leveraging the threat of outsourcing to ring concessions out of localities isn’t the opposite of globalization but one of its vectors. But more importantly, he’s right on the politics. Democrats based their campaign strategy on the notion that Trump’s key vulnerability that he was no ordinary politician; this was ass-backwards. Trump’s unorthodoxy is his strength; it’s what makes people trust him. No, Trump’s vulnerability is precisely that he is a normal Republican—that beneath the messaging he’s ultimately committed to deregulation, de-unionization and tax cuts. His economic populism is ersatz.

Sanders understands this; his message on the Carrier episode (like his description of Trump’s infrastructure bill as a corporate welfare scam) exemplifies the economic populist message Democrats desperately need to adopt. Let’s hope other Democrats notice, because their current messaging strategy—railing against Trump’s racism, his conflicts of interest, the weird things he says on Twitter, while Trump keeps talking about jobs—is disastrously out of touch. If Trump manages to convince voters that he’s the one looking out for their economic well-being while his opponents tut-tut about Twitter storms, it’s going to be a long eight years…