The Reassuring Lies of 9/11 Cinema 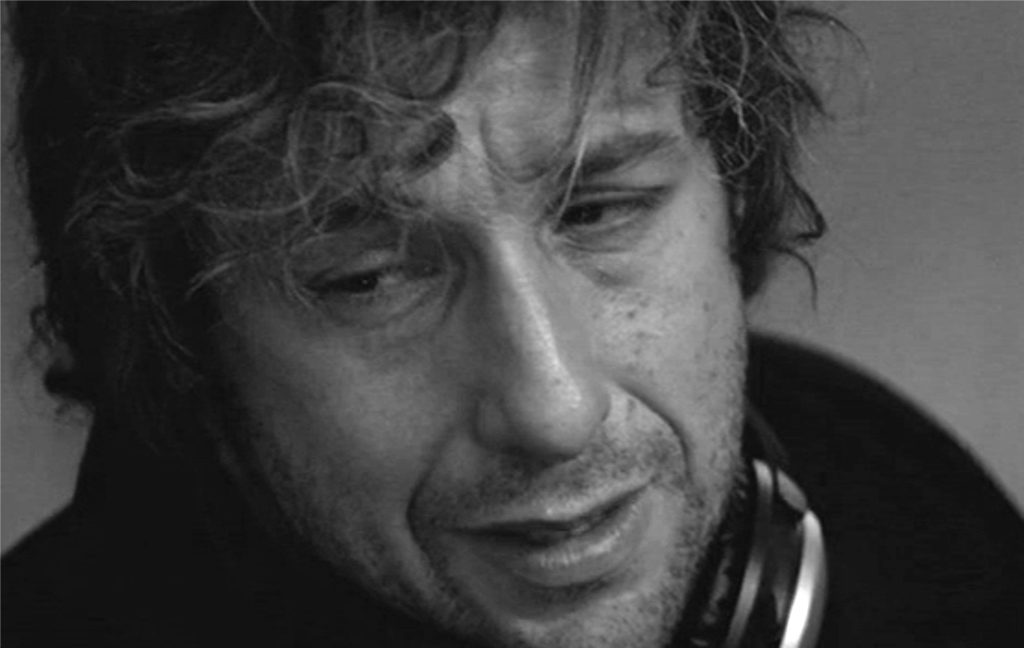 Movie depictions of September 11th tend to offer a comfort we don’t deserve.

Everyone has a story about what they were doing on September 11, 2001. Most of these stories are false. Sure, the fundamentals are correct; where we were, who we were with. But in the retellings, people always seem to have had more profundity and understanding than they actually did. Most people spent 9/11 open-mouthed and baffled, unsure of what to do, though they knew everything was horrible. But when people talk about it, they pretend they understood, that their feelings were deep, their questions wise. Younger people will tell you that they were in social studies, and that after the TV had been wheeled in, they asked the teacher some piercing question, like “Will more people die now?” Older people will tell you about some grave musing, possibly a nearby World War II veteran observing “This is going to be very bad.” or will talk about how some interoffice grudge evaporated instantaneously, the aggrieved parties tearfully hugging one another while people were being cooked alive in the World Trade Center. It’s not that none of these things happened. It’s that their significance is applied retroactively, and the feelings of chaos and shell shock we actually experienced on the day are supplanted by orderly and meaningful narratives.

Only a handful of films have been made about the attacks in the fifteen years since they happened. But the fog that afflicts our collective memories similarly affects the fictionalizations. Just as autobiographies consist of what authors choose to remember, representations of 9/11 display what we wish we had in place of our actual memories. Some precocious youngsters did probably say some profound things. But there were also plenty of people hunkered into their basements with assault rifles because they thought World War III was about to start immediately. And there were others who saw the attacks as an opportunity to commit hate crimes against Sikhs, on the logic that you can upend terror plots by assaulting every stranger in a turban. Not to mention our other post 9/11 indiscretion, when we gave the state free rein to roll back civil liberties while doing to Central Asia and the Middle East precisely what was done unto us in Manhattan (i.e. burning large numbers of people to a crisp).

Our films are here to reassure us that we are right.

The first 9/11 blockbuster was United 93, a 2006 drama directed by Englishman and ex-journalist Paul Greengrass (now better known for his contributions to the Bourne franchise). Either despite or because of its proximity to the actual events of 9/11, United 93 stays impressively far away from saccharine emotionality or crazed bloodlust. It attempts a claustrophobic realism, mostly taking place in the cabin of the Boeing 757 as four terrorists attempt to crash the plane into the U.S. Capitol Building.

The film features no major stars. Even Jeremy Glick (the passenger whose supposed midflight battle cry of “let’s roll!” became a slogan for pissed off suburban war dads who wanted to drop Agent Orange on Mecca) is played by the little-known Peter Hermann. The cast of experienced character actors brings competence and gravity to the film, an effect that could easily have been ruined by the addition of the expected maudlin scenery chewing from a top-tier leading man or woman. The creative risks Greengrass took with United 93 make it a nerve-racking, evocative experience. It uses steadicam to great effect in the tight, panic-inducing spaces of the plane and air traffic control booth. Cinematically, the film is superb, and deserves the acclaim it won from critics.

The film is obviously forced to take some liberties; it is, after all, difficult to reconstruct the precise goings-on of a flight with no survivors. Nevertheless, some story choices are blatant propaganda. A German passenger named Christian Adams (a real victim of the real Flight 93, played by Erich Redman) is portrayed as trying to appease the hijackers, a hyponym for the weak Euros who dared to second-guess us on Iraq. Adams is shown to be simpering and unrealistic in the face of pure evil, even though neither the filmmakers nor anyone else could possibly have known about the real man or events on board.

But in its general tone, the film accurately portrays how people act in situations of crisis. They don’t burst into spontaneous displays of unity. They don’t understand the geopolitical consequences of the horrors unfolding in front of them. They are alternately confused, terrified, and enraged. The air traffic controllers whom we follow for much of the film are apoplectic, constantly cursing how little they know and making wild guesses as to what could possibly be happening.

The next major movie that directly confronted 9/11 was in many ways United 93’s opposite, in that it has zero reluctance to engage in histrionics and melodrama. Mike Binder’s 2007 Reign Over Me is a confounding treatise on family life, mental illness, and of course, 9/11. Adam Sandler plays Charlie Fineman, a man whose entire family (including the dog) perished that Tuesday morning. Sandler portrays the grieving  Fineman as a kind of horror-stricken manchild who responds to reminders of his former family with explosive meltdowns. Putting Adam Sandler in a drama about terrorism and mental illness seems like sketch material to begin with. But even worse, the “angry manchild” persona is precisely the same as Sandler’s stock comedy character, and thus we are treated to a bizarre alternate world in which Billy Madison is a devastated 9/11 widower. (One keeps expecting Rob Schneider to show up playing some catchphrase-spewing ethnic stereotype.)

Whenever the film is not pursuing a bizarre subplot about friend Alan Johnson’s (Don Cheadle) sexless marriage, it delivers little but overwrought emotional manipulation, culminating in a final courtroom scene where Sandler in full Billy Madison voice saying things like “my famiwy died that daywuh.” After this, it is implied he overcomes his grief and has sex with an insane woman.

Reign Over Me is the most cynical type of tragedy pornography. Yet people love it. To this day, YouTube uploads of the most saccharine scenes are filled with comments about how Sandler is a brilliant dramatic actor and how nuanced the film is. Adam Sandler hollering to Don Cheadle that “my fweakin famiwy died in dah towahs” can be described using many adjectives, but “nuanced” is not among them.

Yet Reign Over Me accurately displays the attitude we had right after 9/11. If United 93 is the horrified confusion in the moment of the attacks, Reign Over Me is what we chose to remember. It gives the illusion of profundity to the ridiculous and tragic. It is fake emotion, ascribing depth to every banal and confused word we said in the aftermath of an event that couldn’t and shouldn’t have been interpreted.

Our most recent cinematic confrontation with 9/11, and the one most representative of our worst impulses, is Zero Dark Thirty, Kathryn Bigelow’s fictionalized account of the hunt for (and death of) Osama bin Laden.

Zero Dark Thirty, like most defense industry projects, is bloated, overfunded, and barely works. As a viewing experience it is an absolute slog. As a moral narrative it is appalling, an ode to torture, extraordinary renditions, and permanent war as an institution. It is repulsive in its message, and almost courageous in its boringness. It is impossible to invest in any of the characters, who are single minded, expressionless automatons. We first meet them as they torture some guy who apparently might know some piece of important information, and they spend the rest of their time switching between bloodlust and bureaucratic smugness.

I should take a moment to note that I am almost alone in this opinion. The film was a smash hit, received five Academy Award nominations, and appeared on everyone’s “top ten” lists for 2012. I saw the film with friends who had “national security” concentrations in college (“national security” being perhaps the most made-up academic discipline besides “economics”). They were thrilled with every interminable scene of people hissing military acronyms at each other in office buildings and doughy CIA contractors torturing people.

Zero Dark Thirty exonerates the dark part of our reaction to 9/11, the part where we told our government to do whatever they thought was right, regardless of how many people would die or have electrodes attached to their testicles.

Some of that enchantment is understandable—Kathryn Bigelow is in many ways brilliant in a technical sense, and her mastery of shadow and light means that most shots and scenes are beautifully done. But the popularity of Zero Dark Thirty is not a product of the viewing public’s discerning eye for chiaroscuro. It’s the message of Zero Dark Thirty that resonates. The film is a security blanket, a boost of confidence. Characters are sleek and stoic. They’re doers, not talkers. They’re always on the exact right path to catch the people who knocked down the towers.

It is, in other words, a testament to how good it was to put full faith into our political and national security elites right after 9/11. It reassures us that we made the right choice because we put the right people on the job. It tells us that torture is necessary, and that we finally chased all the phantoms out of our head after the final bullet perforated Osama bin Laden, as we see when our hero Maya (Jessica Chastain) bursts into tears at the very end.

Zero Dark Thirty therefore exonerates the dark part of our reaction to 9/11, the part where we were scared so shitless that we tacitly or overtly told our government to do whatever they thought was right, regardless of how many people would die or have electrodes attached to their testicles. No one likes to talk about their insane mixture of rage, confusion, and fear, the way we felt mortal terror while becoming fully erect at the possibility of bloody revenge. It’s too shameful to admit that we craved some form of domination, both of ourselves and others.

It’s been 15 years since a group of sexually neurotic middle-class Saudis brought down the World Trade Center. The world is smoldering with ruins created as a result of our fear. That fear is the thing we chose to remember least about 9/11. Our films tell us stories about emotional closure, whether it’s Adam Sandler finally getting laid or Jessica Chastain weeping cathartically after we killed the big bad guy. Now, nativism rages in the country we declared “united” 15 years ago, and three civil wars take place in the part of the world we said we would democratize. Films will tell you the story you want to hear, but it helps if you’ve been lying to yourself the whole time, too.