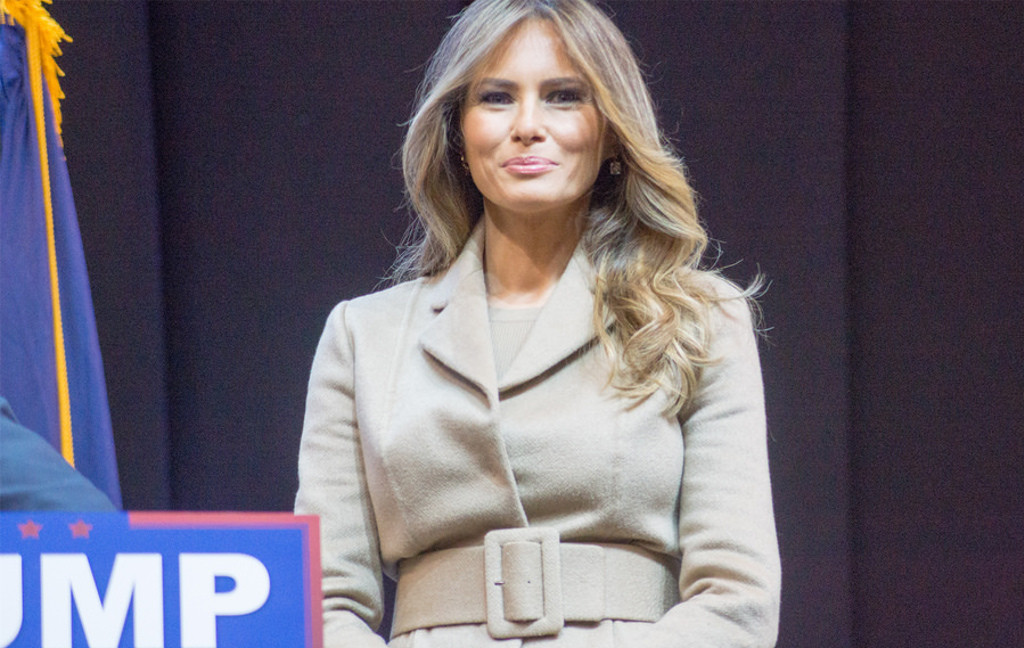 Before it was discovered to have been plagiarized from Michelle Obama, Melania Trump’s speech yesterday at the 2016 Republican National Convention (RNC) had initially been praised by members of both parties as one of the best speeches of the RNC, a moving performance. Melania had inspired RNC attendees by saying the following:

My parents impressed on me the values that you work hard for what you want in life, that your word is your bond… Because we want our children in this nation to know that the only limit to your achievements is the strength of your dreams and your willingness to work for them.

But in 2008, as it turned out, Michelle Obama had roused attendees of the Democratic National Convention with a similar line:

Barack and I were raised with so many of the same values: that you work hard for what you want in life, that your word is your bond… Because we want our children — and all children in this nation — to know that the only limit to the height of your achievements is the reach of your dreams and your willingness to work for them.

Melania’s plagiarism quickly blew up into a scandal. It became the front-page story on CNN, well above news about honor killing in Pakistan, fraud charges against Volkswagen executives, and Turkey’s post-coup purges. The New York Times decided that Melania’s plagiarism was so important that it assigned four reporters to the story. (It also parlayed the incident into a fashion column entitled “Melania Trump’s Speech May Not Have Been Original, but Her Dress Was”) On Twitter, Melania was duly mocked and castigated for her theft.

Liberals have jumped all over the scandal. It’s too delicious to pass up. For one thing, the original writer of Michelle Obama’s speech now works for Hillary Clinton, so that Trump plagiarized from Hillary’s own speechwriter. And it’s a perfect opportunity to laugh at the ineptitude and stupidity of Republicans generally and Trumps specifically.

But what Melania Trump’s plagiarism demonstrates more than anything else is that political speeches are largely vapid and interchangeable. They’re so impersonal and without meaning that Melania could give Michelle’s speeches, and Michelle could give Melania’s, and hardly anyone would know the difference. The distance between the parties is not so great: they are united by their common clichés.

Melania Trump could comfortably crib from Michelle Obama because contemporary political speeches are almost nothing but a string of empty nationalistic platitudes. Barack Obama himself, supposedly a brilliant speechmaker, has almost never in his entire political career uttered a single memorable phrase (can you think of one? No, that waffle about the red America and the blue America doesn’t count.) The difference between Obama’s rhetoric and Ronald Reagan’s consists of little more than slight variations in word choice. (Reagan: “I am speaking of the problem of our national security. Our nation is in danger, and the danger grows greater with each passing day.” Obama: “I’ve authorized U.S. forces to take out terrorists abroad precisely because I know how real the danger is.  As Commander-in-Chief, I have no greater responsibility than the security of the American people.”) We know the whole phrase bank: no greater country in the world; the security of the American people; our hopes, aspirations, and dreams; my parents always taught me; the values that unite us. Thus even if Melania hadn’t directly plagiarized from Michelle Obama, she would almost certainly have ended up saying essentially the same thing. Her main sin seems to be that she forgot to jumble the words around a little.

If anything, the whole plagiarism scandal reflects somewhat poorly on Michelle Obama. One reason Obama’s words were able to play so well at the RNC was that in the lifted passages, Obama was speaking using the conservative language of “bootstrapping.” Obama’s sentence, that “the only limit” to one’s achievements is the height of one’s goal and the “willingness to work” toward it, is the Republican story about America. It’s the story of personal responsibility, in which the U.S. is overflowing with opportunity, and anyone who fails to succeed in such a land of abundance must simply not be trying hard enough.

People on the left are supposed to know that it is a cruel lie to tell people that all they need to do is work hard. There are plenty of people with dreams who work very hard indeed but get nothing, because the American economy is fundamentally skewed and unfair. This rhetoric, about “hard work” being the only thing needed for the pursuit of prosperity, is an insult to every tomato-picker and hotel cleaner in the country. It’s a fact that those who work the hardest in this country, those come home from work exhausted and who break their backs to feed their families, are almost always rewarded the least.

Far from embarrassing Melania Trump and the GOP, then, it should be deeply humiliating for Democrats that their rhetoric is so bloodless and hollow that it can easily be spoken word-for-word in front of a gang of crazed racists. Instead of asking “why is Melania Trump using Michelle Obama’s words?” we might think to ask “why is Michelle Obama using the right-wing rhetoric of self-reliance?” Observers have noted that the current GOP platform is one of the most extreme ever adopted. If words from Democrats can fit in such an environment comfortably, that’s a major failure on the part of Democrats. It’s always been a weakness of the Obamas’ politics that it pays excessive tribute to the Republican worldview. (Reagan’s Republicans were not a “party of ideas,” as Obama describes them. They were a party of death squads.) The Melania incident should show just how troubling that is.

Of course, the whole plagiarism affair is a totally pointless distraction from everything in the world that matters. Vox’s Matthew Yglesias insists that the Melania incident is “one of the most important things that has happened” at the convention. That may be true, insofar as nothing of any importance happens at the convention. But there is something more important happening there, namely the endless parade of ominous, apocalyptic, racially-tinged demands for vengeance. While four New York Times reporters comb through Melania’s clichés about the American dream to see if they are identical to Michelle Obama’s clichés about the American dream, the Republican Party is whipping itself up into a frenzy of anti-immigrant bloodlust.

But the obsession with form over substance is characteristic of the liberal press. To the college-educated, there is no greater crime than plagiarism. (Jonah Lehrer, after all, was brought down because his books were plagiarized rather than because they were terrible.) The Melania Trump scandal represents the absurd logical extreme of this mindset. It doesn’t matter if you’re spouting total horse manure as long as it’s your own vaguely original horse manure.

If the plagiarism scandal is interesting, then, it is interesting because it exposes the bipartisan vapidity of modern political speechifying. It shows us that cheap myths about the rewards of “hard work” are now central to both parties’ vocabularies. To the extent that Melania Trump has demonstrated this, it should bring shame upon the Democratic Party.

At the same time, perhaps we should be slightly more concerned by the torrent of racist rhetoric pouring forth in Cleveland than by the possibility that some of this rhetoric may have been heard before.