The Unendurable Horrors of Leadership Camp 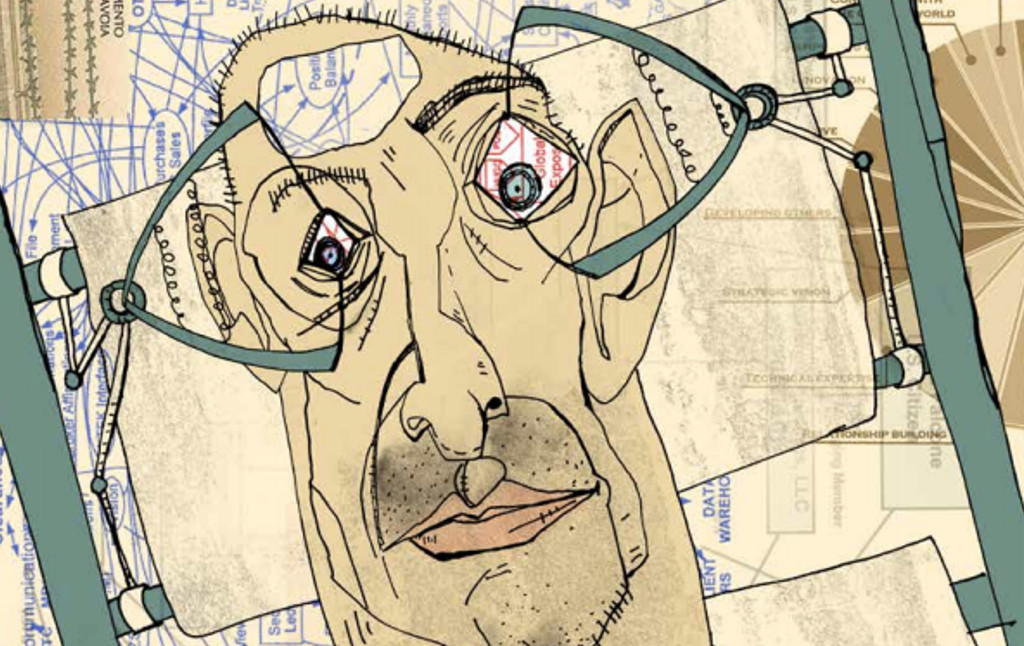 Our correspondent is subjected to one of the most agonizing torments known to humankind: a weeklong corporate leadership training seminar…

As a professor of law, I am accustomed to leisurely mornings. “There is nothing worth doing,” we indolent law professors often say, “that cannot be done better after 11 a.m.” Late starts are one of the highlights of a career as a teacher of law (the main lowlight being that you are occasionally forced to teach the law). So I was in a doubly wretched condition when I found myself, in the earliest hours of a Monday morning, arriving at 1 Leadership Place.

1 Leadership Place is home to the Center for Creative Leadership, and I had been dispatched there at my new employer’s behest. I was to participate in a five-day “Leadership Development Program” intended to hone my leadership abilities (of which I admittedly have none). This was treated as a great perk of my new job, though given a choice I might have opted to use my time differently (perhaps a week in a Siberian prison camp, or having a series of my organs removed without anesthesia). According to the publicity materials, I would be learning to “think and act systemically,” “create buy-in,” and “leverage multiple life roles.” I did not (and, spoiler, still do not) know what any of these things mean. But I supposed it would be better to be systemic than not systemic, better to leverage the life roles than not leverage them. I therefore insist that I approached the whole thing with an open mind.

As it turns out, sending academics to leadership camp is not an aberration. As the leadership industry has grown over the last three decades, it has roped in all kinds of institutions, convincing them to shell out exorbitant sums for training programs. In a 1993 investigation for Harper’s entitled “Choice Academic Pork,” Benjamin DeMott traces the expansion of leadership education from business to universities:

The current leadership boom has at least one root in an early 1980s pop phenomenon—best-selling business manuals such as Management Secrets of Attila the Hun, The One-Minute Manager, and A Passion for Excellence, by Tom Peters and Nancy K. Austin. Leadership theory then trickled down (or up) into the universities and the public sector.

DeMott documents how this vast and profitable industry, which resembles a cult in its language and culture, managed to obtain substantial funding from government agencies to conduct endless seminars of dubious value. They have successfully persuaded people in an array of different sectors that leadership training is useful, even necessary. They have, uh, “created buy-in,” so to speak.

In the weeks leading up to my internment, I was asked to complete a battery of online “assessment instruments,” glorified pop-psych personality tests not unlike the ones people often post on Facebook. There were questions about how I relate to others (badly), how often I embrace new things (seldom to never), my attitude toward work (hate it), and how I solve complex problems (I do not. They fester.)

Many of the questions seemed like they could not possibly yield informative answers, e.g.:

“Surely,” I thought, “that would depend on the tradition. Bluegrass music? Noodle kugel? The UNC-Duke rivalry? All valuable traditions. But racism? Gefilte fish? Singing the Star Spangled Banner before every sports event? Not so much.

The tests were ostensibly designed to reveal my leadership style. Instead they revealed that Leadership Camp was going to be a tedious waste of time and money. A lot of money ($7,000), in fact, which fortunately wasn’t my own.

Leadership Place itself turned out to be a driveway leading to a stone-and-glass building set amidst several wooded acres alongside a lake. The triangular building surrounds a courtyard with flowing water, abundant greenery, and several sculptures, resembling discarded bits of plumbing, labeled “Leadership,” “Learning,” and “Life.” The tranquil and tasteful setting could pass for an upscale rehab facility, of the type populated with affluenza-afflicted wayward teens. The company eagerly cultivates an academic aura, and the facility is referred to as its “campus.” The campus bookstore sells dozens of business books, of the kind ubiquitous in airport newsstands. Typical selections included The World’s Most Powerful Leadership Principle: How to Become a Servant Leader (featuring a jacket blurb from the Senior Vice President of Operations for Chik-fil-a) and Leading with Soul: An Uncommon Journey of Spirit. Alas, they did not have my favorite managerial tome of all time, If Harry Potter Ran General Electric: Leadership Wisdom from the World Of Wizards, which is a genuine, honest-to-God book that you can look up and purchase.

Directed to the meeting room, I took an open seat at a table occupied by what looked like the cast from a community theater production of The Office. I soon learned that the group consisted of:

I am sure that at some point in human history, a more flavorless collection of white collar bores has been assembled, but I think you would have to search far and wide to find it.

The program began with a PowerPoint intended to provide an overview of the coming week. Even for a PowerPoint presentation on a leadership campus, it was remarkable for its vacuity.

We would receive feedback from executive coaches about our leadership challenges and “gift areas.” We were urged to practice active listening. We were given learning journals in which we were to record our “learnings.” We would be empowered as change agents armed with best practices for leading change.

The presenter, who was like a whiter Mister Rogers, then had us stand in circles, with each participant offering their definition of leadership, their personal leadership challenge, and three words their friends would use to describe you. The answers were obvious:

1. An ideological construct deployed to legitimize power and domination in the state and the labor process. 2. Avoiding any situation calling for leadership. 3. “Can’t stand bullshit.”

And bullshit it truly was. Leadership education has its own unique jargon, which is related to, but distinct from, business jargon. “Learnings” is not just a quirk of the Center for Creative Leadership, it’s one of the terms of the trade. Leadership studies is a whole field, with leaders categorized as exercising “transactional leadership” or “transformative leadership” (even “toxic leadership” if you screw up). Everything comes with its convoluted diagrams, and its elaborately developed theories, each with “7 Stages” or “5 Types.”

The week dragged on through endless further self-reflections, as well as team-building exercises. We stood in opposite rows of three people on a side, attempting to lower a six-foot pole to the ground while keeping it level. I suggested we just count to three and all let go at the same time. There, pole lowered. The others insisted my strategy would be cheating. This, I concluded, was because they were not practicing innovative leadership and creative problem-solving.

We built bridges out of popsicle sticks. Of the available tasks, I opted to hot-glue the sticks together, a job that entailed the least interaction with anyone else. I remain proud of the hot gluing I did there, and of the skillful manner in which I pinned the resulting bridge collapse on Derwin the fiber optics guy. (A true leader, I reasoned, is an expert in foisting responsibility.)

We arranged ourselves in various corners of the room, based on our leadership styles. I found myself all alone in the corner labeled “visionary.” The others in my group expressed admiration. “Yep,” I said, “that’s me. A visionary. Like David Koresh.” This did not appear to amuse them. But, I reasoned, a truly visionary leader does not care what does or does not amuse the herd.

Koresh actually isn’t a bad parallel, though. Leadership education is distinctly religious in its feel; it’s full of recitations and rituals. Dozens of arbitrary dogmas are accepted as revealed truth; God help you if you raise your hand and say that the “9 Stages of Empowered Decisionmaking” (or whatever) seem like a bunch of opaque redundancies. Of course, that means it’s not training for leadership at all; it’s training for conformity. “Leadership” just means “being in management,” since the sorts of people who actually make leaders don’t memorize multi-step diagrams on how to lead.

One of the strange things about the business world is the extent to which its jargon is euphemistic. When we talk about leaders, we’re talking about bosses. Yet for some reason bosses don’t like to admit what it is they do. That’s why employees become “team members,” why firing becomes “letting go.” In a way, it suggests that people’s human instincts are that capitalism is something rotten; the more you describe it with precision, the more horrendous it sounds. At the level of uplifting abstractions, derived from self-help culture, everything can be pleasant and neutral. It’s only when you hack through the forest of buzzwords that you can understand what is actually being discussed.

At the end of the week, each participant received a one-on-one “effective coaching” session, which was almost certainly modeled after Maoist self-criticism. I met with my coach in a small room, where I was seated on a stool. It began with the coach offering bits of feedback based on my performance during the week. According to the instructions, I was to regard each comment as a “gift” and accept it by saying only “thank you.” “Ok, whatever,” I thought. “Thank you,” I said.

“During the bridge-building activity, you stuck to hot-gluing sticks together the whole time. The others on your team thought that showed a lacked of engagement.”

“Thank you,” I said. “Fucking snitches,” I thought.

“You made a joke about being like David Koresh. One of your teammates found that hostile.”

“You said you ‘can’t stand bullshit.’ This projected negativity to your team.”

“I think you would benefit from some executive coaching. We offer follow-up sessions.” “Thank you,” I said. “Fuck that,” I thought.

That evening, there was a group dinner and closing ceremony. Unforgivably, the meal included no alcohol, but did include a series of peppy recitations of our leadership principles by the coaches. If there is a number beyond “umpteenth,” it would describe the amount of times I heard the word “paradigm” in a single week. After eating, we had to go around the room (we were always Going Around the Room) so that everyone could “share your learnings from the week.” Of course, what I’d learned was that I really can’t stand bullshit, and that leadership camp is truly bullshit of the highest order. “What I learned,” I said, “is that I am a visionary leader and that I’m very good with a hot-glue gun. Thank you.” They seemed satisfied enough.