This Month In Travesties 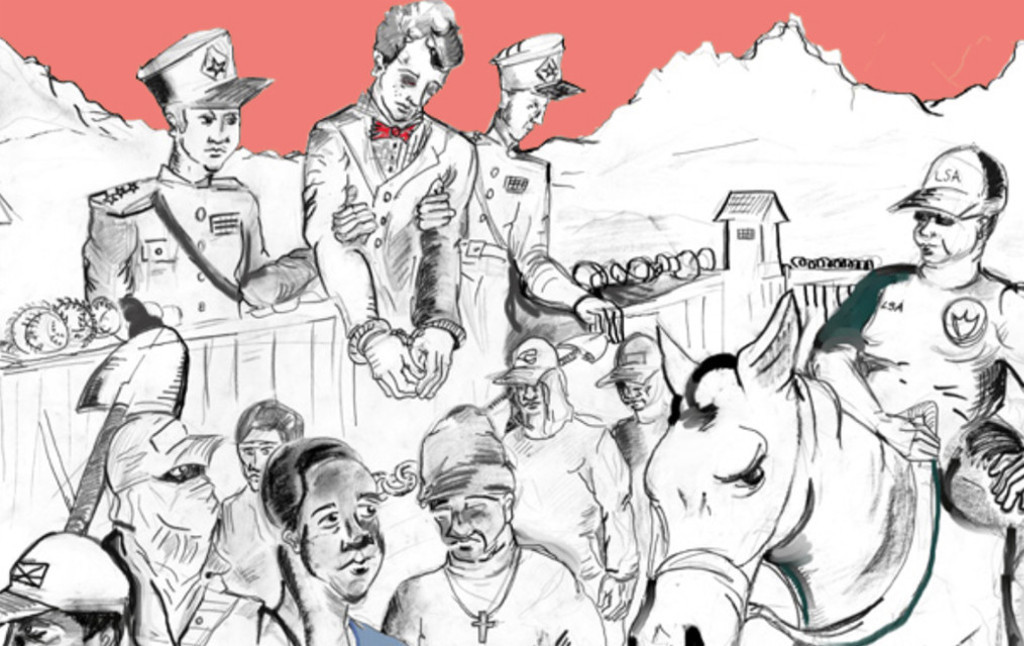 Sending our regards to the unfortunate…

The case of Otto F. Warmbier has lately become disturbing. The facts, for those unacquainted with them, are as follows:

University of Virginia student Otto Warmbier has been sentenced by North Korea to 15 years of hard labor for crimes against the isolated state… Warmbier, 21, traveled to North Korea’s capital of Pyongyang over the holidays through a China-based travel organization known as the Young Pioneer Tours. On January 2, the college student was arrested at the airport as he was boarding a plane. His crime against the state, according to North Korea, was stealing a banner, which apparently had North Korean propaganda on it, from his hotel during his stay.

We find Mr. Warmbier’s case a troubling one. Who among us hasn’t occasionally succumbed to the urge to poach North Korean propaganda from our hotel walls? If this be a crime, then by all means lock up Current Affairs and throw away the key. (Please don’t.)

Current Affairs has promised to be a friend and ally to all persons experiencing suffering or despair. So when we saw Mr. Warmbier on television, giving a teary press conference in which he begged a panel of stony-faced DPRK bureaucrats to spare him, we couldn’t help but feel that we were needed. It is true, of course, that our means of assistance in the matter are limited. Current Affairs can deluge Kim Jong Un with relentless batches of undesired magazines, but this is about the only superpower we possess. 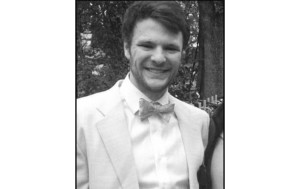 But in the absence of doing something useful, we can do something loud. We do not know much about the inside of Pyongyang labor camps, but we suspect Otto’s quality of life has somewhat deteriorated since his days at the Theta Chi frat house in Charlottesville (There are only a few places Current Affairs would less rather be than the Theta Chi frat house in Charlottesville, but a North Korean prison cell is probably one of them.) It is likely that he is being denied access to food, perhaps even to bowties. This cannot be tolerated.

And so Current Affairs is resolved to help Otto stay resolute. We shall include a small note to him in each edition of our magazine (very small*), wishing him well and encouraging to defy his tormentors. We will send him a Current Affairs subscription (gratis), so that he may gain a fully accurate understanding of the world beyond the prison gates.

(North Korea has not previously been known for enthusiastically transmitting subversive political magazines to its imprisoned dissidents, but we are willing to offer small bribes to postmen if it will help, and promise to refrain from printing lewd caricatures of Mr. Jong Un and from putting the phrase “Supreme Leader” in derisive quotation marks.)

We are confident that this will help. Not for nothing did a critic once refer to the act of reading Current Affairs as “the only thing that could make 15 years of hard labor seem tolerable.” Keep your chin up, dear fellow! Current Affairs is with you through all of this, not in any sort of real way, but certainly by the intention of our spirits. And after all, what could be more helpful to an imprisoned man than to have his plight discussed at length by intellectuals and academics in the pages of journals and periodicals?

But we find ourselves interrupted…

Now, look here, Current Affairs, all of this is a bit rich. Here you are focusing on one young white American chap, when scads of similar horrors take place across the globe daily. Why should Current Affairs expend its considerable political capital to aid Mr. Warmbier, when there are hundreds of us poor wretches who did not attend the University of Virginia? Methinks Current Affairs has become a tad blinded by its love of bowties.

Oh, how right you are, mysterious italicized intruder. There are an awful lot of human travesties about which to make a fuss, and to expend valuable ink on Otto is surely rather biased of us. Why, right as we type, Saudi Arabia continues its relentless bombing campaign against Yemen. Otto has the full diplomatic muscle of the United States Government pulling for him, does he truly need us by his side?

There is, for example, the case of Mr. Bernard Noble, a 48-year-old man sentenced to “13 years and 4 months imprisoned at hard labor and without the possibility of parole” for the possession of two marijuana cigarettes. Mr. Noble does not live in the DPRK, but in the State of Louisiana. And as Louisiana justice goes, Bernard may have gotten off lightly; sentences of 20 years or even life for similar crimes are not unknown.

Now, it’s certainly true that there are many differences between the United States and North Korea. They are on different continents, for instance. But, well, 15 years at hard labor is 15 years at hard labor, and it can’t bring much comfort to Bernard to know that he lives in the World’s Freest Democracy. Did we mention he has three children?

Bernard Noble, then, seems at least as deserving of our comfort and assistance as young Otto. And to speak frankly, we’re all probably a bit more complicit in Mr. Noble’s fate, since it’s our own legal system in which he finds himself ensnared.

We must therefore be just as dedicated to reminding readers of Bernard as we are to reminding them of Otto. We shall write regularly to them both, so that they know they are loved and will never be forgotten. Hello, Bernard!

But you know, there are more victims of injustice in this world than the poster-ripping bowtie enthusiast and the pot-smoking New Orleans dad. There are, after all, plenty of people in North Korea’s prisons who are not Otto F. Warmbier. There are plenty of people in Louisiana’s rural penitentiaries who are not Bernard Noble. And there are 49 other states, and numerous other countries, in which the hapless and unfortunate spend their days confined to dismal cells, sometimes without a friend or lover in the whole of the cosmos.

To these people, then, Current Affairs dedicates its affections. Bernard and Otto are mere synecdoches, vessels through which we transmit our message to you. That message, broadcast from the innermost depths of our hearts, is this:

TO THE IMPRISONED OF THE WORLD:

CURRENT AFFAIRS IS WITH YOU ALWAYS!