The Self-Destructive Tendencies of Online Feminism 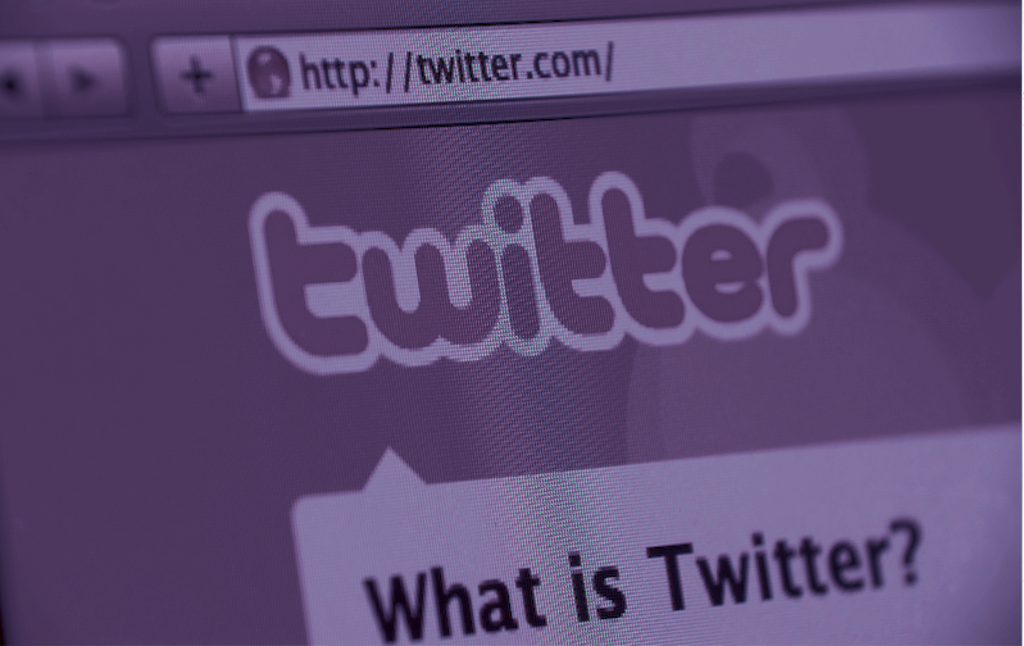 The incredible potential for internet activism is being squandered by infighting and superficiality.

The internet was supposed to revolutionize feminism.

Thanks to social media, discourse is less dependent on mainstream media gatekeepers than ever before and marginalized voices have platforms with infinite reach. Women can still participate if they’re housebound, isolated or have caring responsibilities that would make attending meetings in person unmanageable. Theoretically, it’s easier than ever before for people to act collectively.

It’s a shame, then, that the reality of online feminism—and this is coming from someone who might have achieved a lot more with their life if it wasn’t for the countless hours wasted trawling gender politics hashtags on Twitter and Tumblr—falls so drastically short of this seemingly wondrous potential.

I started out a wide-eyed, keen believer in the power of social media to radically democratize debate. Several years later, it seems clear to me that it has massively backfired. Pleasing as it is to hear new voices previously snubbed by media and politics, it has become apparent that social media doesn’t just enable conversations, it also shapes them.

Let me present a case study from my own experience. Amongst a decent chunk of Twitter-using U.K. feminists, there has been an extremely toxic atmosphere for quite a while now. It began when battle lines were drawn based on what have since become the two primary divisions in online feminism: trans-inclusive vs. trans-exclusive conceptions of gender and decriminalization of sex work vs. the Nordic model.

There’s no logical reason the opinions must be related, but people who believe womanhood is dependent on being assigned female at birth and those who want to criminalize the purchase of sex are commonly grouped as “radical feminists.” Individuals holding these views are negatively labeled “TERFs” (trans-exclusionary radical feminists) and “SWERFs” (sex work-exclusionary feminist) by opponents. In turn, these groups are contemptuous of so-called “liberal feminism.” Worthwhile communication between the two camps is almost non-existent. Each accuses the other of perpetuating misogyny rather than fighting it and people involved are more likely to caricature opposing views than engage sincerely. Often, things get deeply personal and nasty. Those who support the decriminalization of sex work for any reason are frequently accused of being “rape apologists” or part of a “pimp lobby,” even if they’re current sex workers themselves. From the other side, tweets like “Why date a terf when you could date someone who isn’t a pile of turds?” are not unrepresentative. Particular academics and journalists are singled out as almost totemic hate figures. Trans women and former sex workers are equally at risk of being labeled TERFs or SWERFs.

Trans inclusion and sex work legislation are both big issues with significant repercussions, so it’s not surprising people who disagree about them aren’t able to simply put aside their differences. Real life isn’t just one big college debating club. On the other hand, the selection of these issues as the defining divisions in feminism is arbitrary. I know, for example, that a libertarian could share my trans-inclusive and pro-decriminalization stance yet support slashing the welfare state in a way the would harm many women. It’s not clear why I should consider that person more my feminist ally than someone who thinks criminalizing the purchasing of sex is the solution to harms associated with the sex trade.

In practice, online debate lacks a major strength of an in-person quarrel—it does not end. Instead, the arguments that caused the original rift are reenacted repeatedly in a way that is entirely performative—geared towards reinforcing divisions rather than promoting shared understanding. Neither side shows a genuine interest in either persuading their opponents or listening to their points. If you assume the goal is constructive conversation, it’s hard to see why anyone still bothers.

Instead, social media platforms like Twitter exacerbate the worst of our collectivist nature. Endless, circular, unproductive arguments allow people to clearly signal their membership of their chosen feminist “team.” The more extreme an individual is in their position and the more hostile they are to opponents, the clearer the signal.

Though the core basis of the division remains, the opposing group identities have expanded to cover a greater range of issues than sex work and definitions of gender. It has a chilling effect on open, sincere discussion when people are wary of being castigated as belonging to the wrong “team” if they express an opinion out of line with in-group consensus. Social media has the potential to democratize debate on a broad scale, but hierarchies have developed within online feminist discourse itself. Certain key individuals are disproportionately responsible for deciding what is considered acceptable opinion within given subgroups.

Even if debates on social media are approached sincerely, there are still factors that make amicable resolution impossible. For one thing, the fact there is a public record of everything you’ve said can make it harder for people to change position without feeling they’re losing face. Also, the lack of non-verbal cues such as body language and tone of voice makes situations more likely to escalate. Character limits on some platforms cause people to be more blunt and less nuanced than they would otherwise, and written communication generally leaves more scope for misunderstanding. Also, even if they didn’t start out that way, disagreements quickly turn into a spectator sport and end up with participants playing to the gallery.

Feminist discourse on social media also focuses disproportionately on a relatively narrow range of issues. Sex work legislation notwithstanding, the conversation topics with most traction are concerned with either language, pop culture, or identity. Conspicuously underrepresented is consideration of issues concerning material reality. It’s not that the stuff that is discussed is always unimportant, but it’s a very limited version of feminism that doesn’t position women’s living conditions, their ability to care for themselves and their children, their financial independence and their ability to extract themselves from abusive situations as central concerns.

Partly, this is a reflection of wider trends rather than something specific to social media—U.S. culture has a strong influence on all aspects of the English language internet, including conversations about feminism. From a U.K. perspective, there has always been a weird class blindness to political discourse in the U.S., which lacks the labor tradition of European countries. (Admittedly, the sudden rise of Bernie Sanders may challenge these preconceptions.)

Regardless of wider influences, the very fact that discussions are happening online encourages a disconnect from material reality. Identity and language are the topics most relevant to gender as it’s experienced actually on the internet, so it’s logical—in some ways—that these might be the things that internet feminism focuses on. This would be less of a problem if “internet feminism” was a distinct subsection of the movement, but there are good reasons to believe that online discourse is influencing the priorities of feminism as a whole.

One of the most frustrating traits of internet feminism is the popularity of filtering all analysis of gender issues through the lens of celebrity. This can sometimes be moderately illuminating—as a way of bringing discussions of sexual consent to a wider audience, for example—but it massively inhibits understanding if everything is approached this way. When self-purportedly “intersectional” feminist analysis is only ever applied to rich and famous people, it inherently neglects the very important intersection between gender and class, meaning that issues primarily affecting poor women are ignored.

The appeal of celebrity feminism is not without its ideology. Obviously talking about celebrities is so popular in general, so celebrity-centred gender politics has widespread appeal, despite its limitations. There also seems to be a self-consciously anti-elitist element to it in some cases. Talking seriously about celebrity is seen as a rebellion against people who dismiss pop culture—particularly the bits that are stereotypically more interesting to women—as trivial. Though there is some value to this idea, anti-elitism is nothing more than empty posturing if it’s at the expense of addressing issues that have a material impact on less affluent women’s lives.

I don’t want to read too much into snappy but facile social media posts, but it worries me that thousands of people apparently agree with the claim that “a person’s take on Kim [Kardashian] tells you where they are on gender.” At the very least, the number of shares these kinds of Tweets and Tumblr blogs receive demonstrates that the platforms don’t necessarily promote real insight.

Perhaps the defining feature of online feminist discourse—the celebration of individual “badass women”—borrows closely from the idol-worship of celebrity culture. Often, the women praised in this way actually are celebrities. Other women designated feminist heroes on social media—and on websites, like Buzzfeed, geared towards tapping into online conversations to generate page views—include Kurdish soldiers, anti-FGM campaigners, plus-size models, teenagers who’ve defied dress codes and women who have said something sassy to men on online dating websites.

There is nothing inherently harmful about praising particular women as role-models. The worry is that a rampantly individualistic form of feminism is replacing serious consideration of women’s unified interests as a group. It’s telling that most coverage of 18-year-old Malala Yousafzai—one of the most widely celebrated ‘badass women’ of all—doesn’t even mention that she happens to be a serious, committed Marxist, an ideology that totally rejects the idea of individuals as the movers of history. Instead, the media’s Malala profiles prefer to focus on her less insurrectionary qualities, such as a couple of complimentary sentences she once spoke about fellow “badass woman” Emma Watson.

Given that the culture of the internet has always been fast-paced, disconnected from the material world, predisposed towards impact over nuance and conflict over cooperation, it is probably foolish to think social media could be a neutral platform for discussing feminist issues. At the same time, the potential for mass participation is a huge genuine benefit. Feminists who are concerned with materially improving women’s lives need to ask ourselves: what can we do to minimize the negatives and maximize the positives of talking about this stuff online?

The answer can’t possibly be carrying on as we are now.