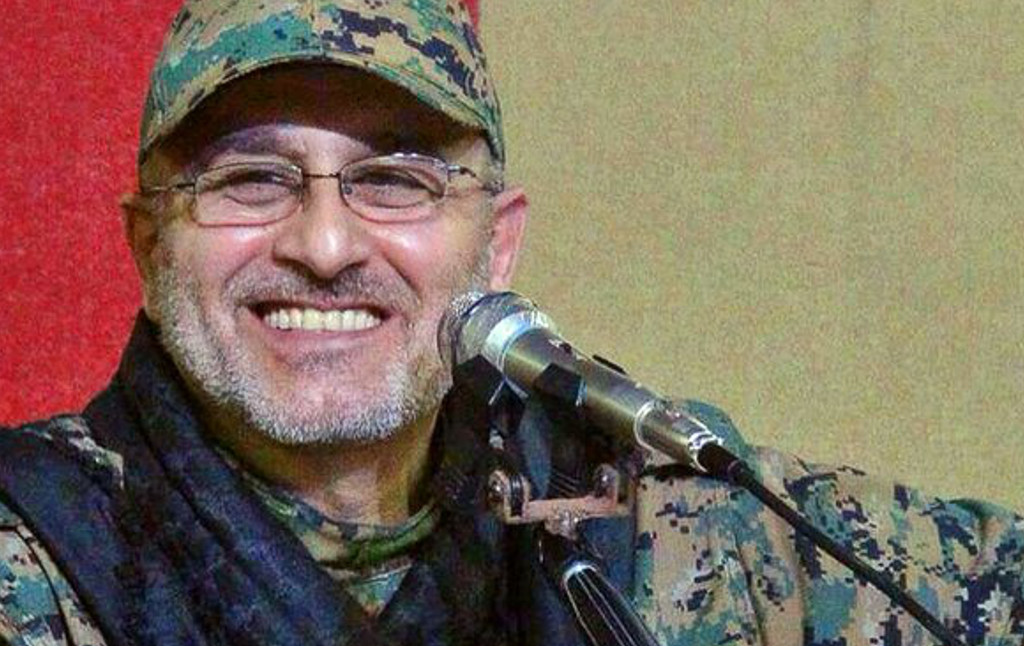 A “special terrorist” is killed, but remains a mystery…

Today, May 13, Israel received a very slightly belated birthday present. Hezbollah announced that Mustafa Amine Badreddine, one of the organization’s top commanders, had been killed in Syria earlier this week.

Throughout the day, blame for the killing was intermittently directed at Israel. Haaretz claimed that “[i]nitial reports blamed Israel for the attack, but signs show that Israel was not responsible for Badreddine’s death.” Al Jazeera reported that the Israeli military had declined to comment on Hezbollah’s allegations concerning its guilt. The Guardian diplomatically put it like this: “Leading Hezbollah commander and key Israel target killed in Syria.”

“Key Israel target,” of course, translates into joint U.S.-Israeli nemesis. According to the sages of the U.S. State Department, Badreddine belonged to that exclusive club known as the Specially Designated Global Terrorists (SDGTs). The designation formerly included Badreddine’s brother-in-law Imad Mughniyah—assassinated in a collaborative CIA-Mossad operation in Damascus in 2008—as well as Samir Kuntar, victim of an Israeli airstrike on Syria in December. Badreddine was rumored to have been the target of a previous Israeli airstrike that killed Mughniyah’s son, among others.

Compounding his SDGT status, Badreddine is one of five Hezbollah members currently being tried in absentia in The Hague by a bizarre, United Nations-backed entity called the Special Tribunal for Lebanon (STL)—incidentally the subject of my article for the forthcoming edition of Current Affairs.

The tribunal was created with the ostensible purpose of bringing to justice the murderers of former Lebanese prime minister Rafik Hariri, killed along with 21 others in a massive blast in 2005. Ever since the groundwork was laid for the judicial operation, however, its rather transparent goals have oscillated between sticking it to Syria, sticking it to Hezbollah, and sticking it to Hezbollah and Syria.

The STL is blazing all sorts of trails. In addition to being the first international trial in absentia since Nuremberg, the court advertises itself on its official website as “the first tribunal of its kind to deal with terrorism as a distinct crime.” Terrorism is defined in part as “something liable to create a public danger”—in other words, pretty much everything Israel has ever done in the country, unless you regard massacres of civilians and the saturation of Lebanese territory with unexploded cluster munitions as public safety maneuvers.

Israel, it bears mentioning, is officially exempt from suspicion in the Hariri assassination despite having benefited substantially from its direct outcome: the withdrawal of Syria from Lebanon.

Now that one of the defendants has ceased to exist, it remains to be seen how the STL will proceed. Since the trial is already in absentia, it may not be too difficult to tack on a post-mortem aspect.

But who, exactly, was Mustafa Amine Badreddine? The standard answer is that nobody really knows. An STL defense lawyer representing the “interests” of Badreddine described him to me as a “shadow,” someone around whom there was so much mystery that you could never be sure who the real Badreddine was.

“The Hezbollah Connection,” a 2015 wannabe tour-de-force authored by Israeli military analyst Ronen Bergman for The New York Times, notes that Badreddine’s “name appears on very few Lebanese documents” and that he “appears to have been living a second life under the name Sami Issa.” In the course of the 8,000-word article Bergman apparently does not find space to question the guilty verdict on Hezbollah.

Meanwhile, The Daily Beast—ever the authoritative source on the Middle East and everything else in life—took the liberty last summer of publishing an exposé on Badreddine titled: “Meet the Pyromaniac Playboy Leading Hezbollah’s Fight in Syria.”

Of course, we don’t actually get to meet Badreddine—an opportunity that was also obviously unavailable to the article’s author, Alex Rowell, who nonetheless faithfully reproduces “the words of STL prosecutor Graeme Cameron,” of which there are many:

“According to Cameron, as ‘Issa,’ Badreddine was ‘the de facto, but not the registered owner of a jewelry business with several branches in Beirut. He [had] an apartment in [the Lebanese coastal town of] Jounieh, registered in the name of another, and a boat registered and insured in the name of another. He drove an expensive Mercedes automobile which was not registered in his name. He had several concurrent girlfriends and was seen regularly in restaurants and cafes socializing with his friends.’”

Following bombardment by these and other details, we are treated to the minor disclaimer: “(The prosecution had not responded at the time of publication to an inquiry by The Daily Beast as to how exactly it came into this knowledge.)”

To be sure, this is not the only attempt to discredit Hezbollah by portraying its members as licentious frauds. Dr. Mordechai Kedar, a senior lecturer at Bar-Ilan University in Tel Aviv, shamelessly published an op-ed earlier this year on his own version of the martyrdom of Hezbollah Secretary General Hassan Nasrallah’s son Hadi, killed by the Israeli army in 1997.

In Kedar’s imaginary world, the young man “was killed in a fight that broke out between partygoers in a Beirut nightclub.” Lest we miss the point of this teaching: “A nightclub is the last place in the world that Nasrallah would want his son to even have entered. Liquor flows like water in these nightspots and Islam’s high moral standards are not in evidence.” The summary of the op-ed goes as far as to pose the existential question: “Could embarrassing revelations about the death of Hassan Nasrallah’s son put an end to his leadership of Hezbollah?”

Were the world a remotely just place, however, Kedar himself would have far more existential questions to deal with. Some of them might concern the fact that he has publicly advocated for mass rape as a deterrent to terrorism.

As for the late Badreddine’s brew of Specially Designated Global Terrorism, Hezbollah’s statement today noted that he “took part in most of the operations of the Islamic resistance since 1982.” This was the year of Hezbollah’s birth—the result of an Israeli invasion of Lebanon that killed some 20,000 people, the vast majority of them civilians.

Such activity would also seem worthy of a “special designation,” as would numerous other special cases over the years: the Israeli-backed slaughter of up to several thousand civilians in the Palestinian refugee camps of Sabra and Shatila; Israel’s drone-assisted massacre of more than one hundred civilians sheltering at a United Nations compound in Qana; the elimination of eighty bystanders in a failed CIA assassination attempt of Shia cleric Mohammed Hussein Fadlallah; mass-scale destruction of people and property thanks to rush shipments of U.S. weaponry to Israel.

In terms of Global Terrorism, Badreddine’s shadow couldn’t hold a candle to the competition.