There’s Nothing Wrong With Feeling Entitled To Your Education 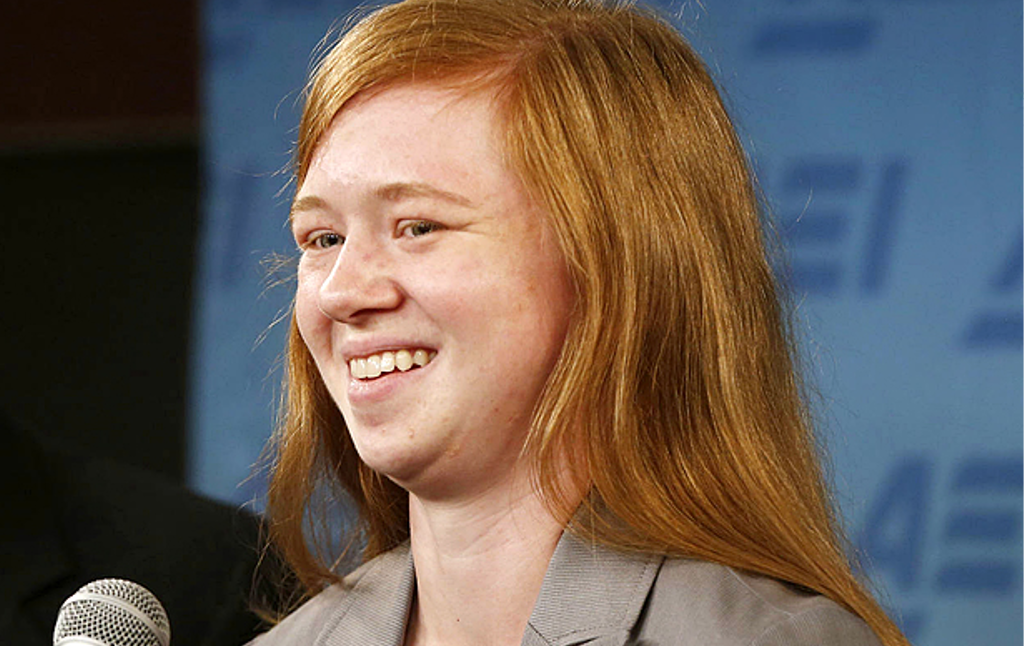 Loathsome as she may be, Abigail Fisher deserved to go to the University of Texas.

Abigail Fisher, the plaintiff of Fisher v. University of Texas, is not particularly well-liked on the left. After Fisher was denied admission to the University of Texas in 2008, she sued the school claiming that unconstitutional affirmative action policies were responsible for her failure to gain entry. The case has since charted a tortuous route through the American courts and is scheduled to be ruled on by the U.S. Supreme Court by the end of its current term. If the Court rules in Fisher’s favor, race-based affirmative action programs could completely disappear.

Because of this, many have been understandably hostile to Fisher. Indeed, she is easy to caricature as the embodiment of every insufferable, self-aggrandizing tendency among white people: someone so furious that her rightful place in college was “stolen” from her by minorities that she was willing to take the matter all the way to the Supreme Court. Fisher was almost certainly denied because of her academic record rather than her race (there were numerous black students with better grades than Fisher who were also denied), black students represent only a tiny fraction of UT’s student body, and yet Fisher persists in nastily blaming black UT students for her failure.

Mockery of Fisher has thus been widespread. She has been called “too dumb to get in,” a “pasty pop tart,” a “noted dummy,” and a “soulless ginger looking for a handout.” On Twitter, black University of Texas graduates waved diplomas at her using the hashtag #StayMadAbby. Open letters were written to her, and she was laughed at relentlessly as a whiny, oblivious mediocrity.

Certainly, Fisher herself is nearly impossible to sympathize with, especially when one learns that she turned down an opportunity that would have enabled her to transfer to the University of Texas during her sophomore year, and that she has been working lucrative financial and marketing jobs after graduating from Louisiana State University.

Yet there is something disconcerting in the easy willingness of affirmative action supporters to adopt the rhetoric of “merit” against Fisher. Many of the criticisms of Fisher deploy the very language of “working hard” and “bootstrapping” that people on the left rightly detest when it is deployed by conservatives. Consider some of the things said about her:

And from the Nightly Show’s Larry Wilmore: You are not entitled to anything just because you want it. Welcome to life.

Notice how these criticisms frame things: Fisher didn’t deserve admission. She wasn’t smart enough. She hadn’t tried hard enough. People aren’t entitled to anything. This language is ripped straight from the conservative playbook, from the worldview that says: “life is hard, you don’t deserve anything just because you were born, welcome to the real world, nobody gets a handout.”

Now, all of this is partially being deployed against Fisher ironically: she thinks minority entitlements are causing her hard work to go unrewarded, when the reality is that if anyone believes they’re entitled to something they didn’t work for, it’s Abigail Fisher. But it still ends up accepting the idea that college admission is (and should be) granted to people who are smart and who work hard, and that nobody deserves it.

But people do deserve it; everyone should get to receive the best-quality possible college education, even Abigail Fisher. “Smartness” should not determine our material rewards, because smartness is distributed arbitrarily. As far as college goes, the only question should be whether individuals meet the basic standard to be able to do the work. Competitive admissions processes among students who are all plenty qualified to do well (but must do dozens of extracurricular activities in order to make themselves stand out) are a dysfunctional absurdity that should have no place in education.

Abigail Fisher was therefore right to feel “entitled,” though she felt it for the wrong reasons. She felt as if she deserved to go to the University of Texas because she was a white legacy applicant, the sort of person who should get to go. As people have rightly (and viciously) pointed out to her, who you are shouldn’t confer some kind of special rights on you. Yet that doesn’t mean people shouldn’t all have those rights to begin with; “meritocracy,” the idea that everything must be earned rather than being given as a function of our basic humanity, is a pernicious notion, one that cannot help but result in gross unfairness however it is implemented.

This is a problem with so-called “privilege” analysis more generally. It treats “privilege” and “entitlement” as somehow being in and of themselves bad things, instead of being good things that all people should get to share in equally regardless of their race. Yes, it’s unfair that white people get to see themselves as being entitled to a place in a top college when people of color have to work their asses off to get there. But the solution is not to taunt white people and tell them they’re not entitled to anything, it’s to expand that entitlement so that everyone gets the same kind of privileges that white people do. When a rich white teenager makes a deadly mistake, they’re given counseling and treated with leniency, whereas a poor black teenager would be thrown in prison. That doesn’t mean we should start throwing rich teenagers in prison, it means we should start affording to poor blacks the same kind of justice that we give to rich whites. Removing entitlements, instead of spreading them fairly, creates equality only by causing everyone to share equally in misery.

There’s something disturbing about laughing at Abigail Fisher for being “dumb.” Nobody who considers themselves on the left should ever be comfortable calling someone “dumb” or “mediocre” or telling them they don’t deserve something because of their SAT score. It’s one step away from this to adopting the full-blown conservative understanding of human nature and moral desert, and beginning to spew all the cliches about how “the United States thrives because of a culture of opportunity that encourages work and disdains relying on handouts.”

The very existence of elite, competitive undergraduate schools is impossible to defend. Whether someone receives a University of Texas-level education should not depend on whether they can succeed in some merciless rat race; it should be openly offered to all people who are minimally capable. There should not be “tiers” of state universities to begin with, because elitism is ugly and immoral at its core.

Adventure Tourism, Colonization, and the Mount Everest Mystique Why Does Anyone Think Michael Bloomberg Would Beat Donald Trump? Fuck the Poolice Breaking Development Both Cruel and Usual