The Return of Shark Tank Capitalism 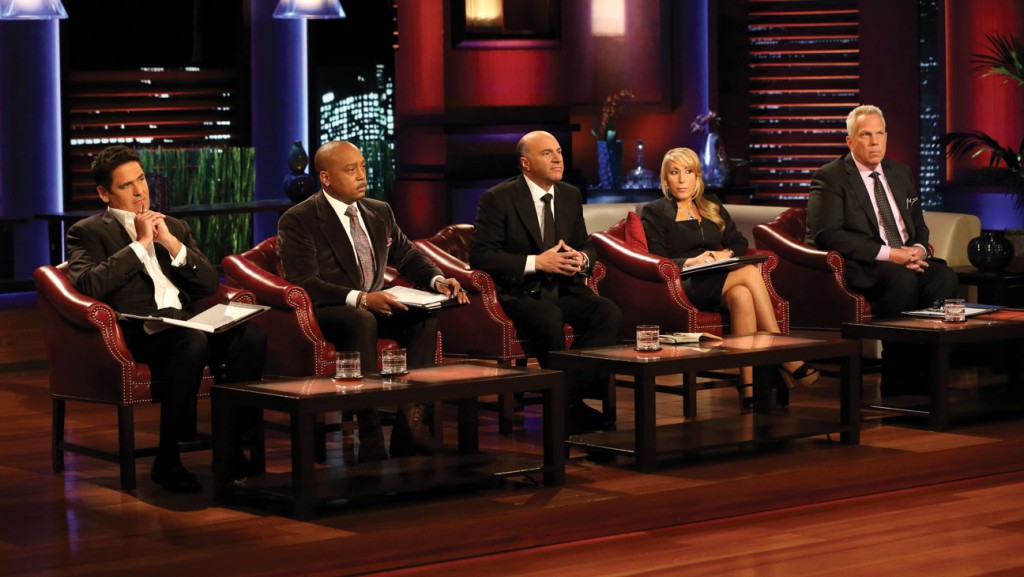 Shark Tank would like to think it’s vicious. It’s nothing of the kind.

The world’s smallest shark is the dwarf lanternshark, topping out at about 8 inches or so and generally fitting comfortably in the palm. Its belly, as the name implies, gives off a small amount of light, and its bites, it can be surmised, are not especially painful.

Shark Tank has now returned to television for a seventh season, which means ABC will once again work very hard to pass dwarf lanternsharks off as hammerheads and Great Whites. For while the show insists that it is showing the brutal, cutthroat side of the market economy, ultimately it makes being torn to shreds in capitalism’s ravenous maw look like being lazily gummed in a kiddie-pool of hand-sized glow-fish.

Shark Tank is set up as an entrepreneurship competition. Contestants come in with either existing businesses or ideas for businesses, and try to convince a set of extremely wealthy people to fund them. The drama of the program comes from the fact that the wealthy people are snide and belligerent, and make a big extravagant fuss out of the process of turning down contestants’ ideas.

It’s a good healthy hour of schadenfreude, watching middle-class people who have staked everything on their half-baked concepts get taunted and heckled by the rich. Sometimes it’s too painful to even sit through. In a Season 5 episode, a Texas couple pitches their idea for the “elephant chat,” a small stuffed elephant that they believe will help troubled couples. The idea, they say, is that when one partner is discontented, he or she will show the other the elephant, and they will realize they need to talk. As the five investors ridicule the deluded Texas newlyweds, in the couple’s defensive panic we suddenly realize that their own marriage is being held together by the elephant. They have borrowed tens of thousands of dollars from friends to fund their business, and blown it all on creating plastic molds for the elephant’s packaging. It’s a bleak and tragic moment, as it becomes clear just how much the relationship has been staked on the success of this useless product.

But the real secret of Shark Tank is actually that it’s much softer than it seems. Yes, contestants come on and cry as their silly products are made fun of. But a careful effort is made to ensure that most of what we see is a game of lively entrepreneurship rather than financial and personal devastation. When the show does follow-up reports on products from previous episodes, it only ever profiles those that have succeeded. The owners show their gleaming new production facilities, and talk about how Shark Tank changed their life.

When Shark Tank came on the air, Tom Shales of the Washington Post called it “sadistic” and said it “personalizes the desperation and pain experienced by victims of a broken-down economy.” But Shales is wrong; Shark Tank is insidious precisely because for the most part it does not convey this desperation and pain. Certainly, it will show a man who has mortgaged his house and spent his children’s college fund to finance some doomed tchotchke, and the audience will writhe in discomfort as he confesses to the sharks he has no backup plan. But the drama is soon defused; someone cracks a joke, the desperate are whisked away, and some bouncy ladies in matching outfits will sashay in to show off a catchy jingle for their signature mango chutney.

Shark Tank would have you think it’s a brutal depiction of the dog-eat-dog realities of the capitalist economy. Would that it were! In fact, it’s a feel-good show about the excitement of the boardroom. It romanticizes the rough-and-tumble of doing business, and the losers’ misfortune never really sinks in. The bites of these dwarf lanternsharks never really hurt; elsewhere lies the real carnage, the broken dreams, unemployment, and financial ruin on which the ferocious market economy must perpetually gorge itself.