How To Get Bernie Sanders Elected President of the United States 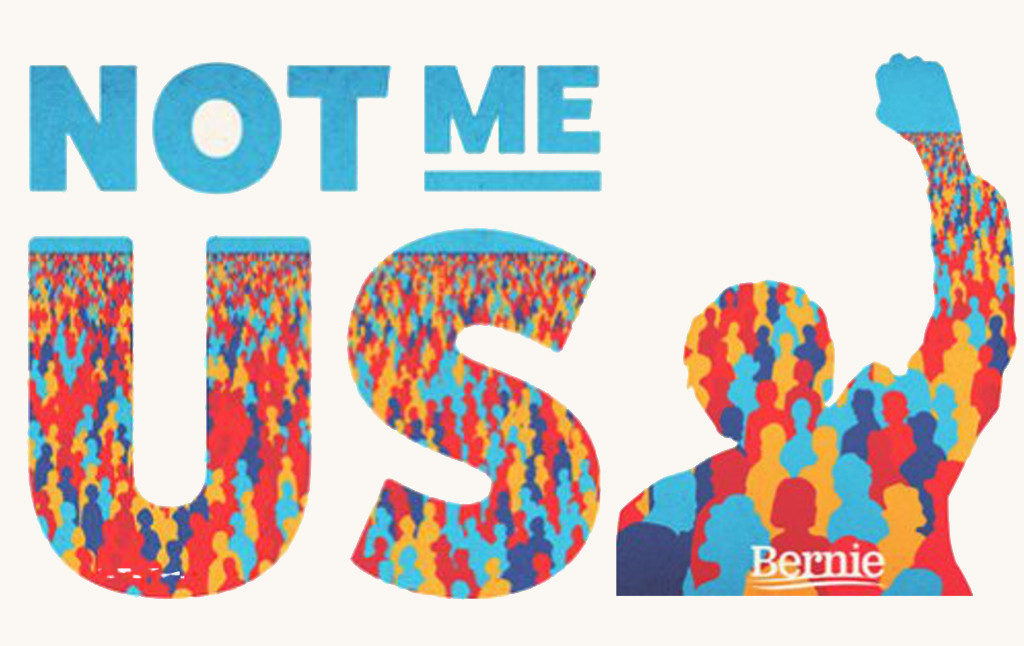 With a lot of work and a bit of luck, something extraordinary could happen…

In what follows, I will be assuming that you are a person who wants to see Bernie Sanders elected President of the United States. If this is not something you want, this discussion will be of little value.

Personally, I think Part II will be easier than Part I, because in Part II Bernie Sanders has the luxury of running against a cartoon of an evil billionaire. This will “play to his strengths.” I think watching a debate between Bernie Sanders and Donald Trump will be an immensely satisfying experience, and that the people of Pennsylvania, Michigan, Ohio, and Wisconsin will be moved by Bernie’s comprehensive agenda for dealing with their day-to-day problems. I believe they will reject Donald Trump, because Donald Trump offers nothing but bigotry and bluster, and no one really likes or trusts him the way they like and trust Bernie.

How, then, do we make sure that he gets the Democratic nomination, and how do we do it without him having to destroy his body in the process by working himself to death?

First, let’s recognize: If you support Bernie, and really want to overthrow Trump, you have a job to do. The next year is going to be a busy one, and the next few months will be the busiest of all. Your job is to get as many people as possible to vote for Bernie Sanders, because the more you do on that front, the less of his finite energy he has to spend shouting himself hoarse at rallies in a cornfield outside Des Moines in the middle of January. Bernie should not need to be personally lobbying every voter in Iowa, because that’s what his supporters are for. That’s what you and I are for.

To understand the nature of the job ahead, it is helpful to keep in mind the distinction between mobilizing and organizing (see this interview with Jane McAlevey for more). Mobilizing is when you turn out those who already believe in a cause (all the antiwar people go to a protest). Organizing is when you go out and build the cause, converting people who did not already believe in it. So, what labor organizers do is: They find all the people at the workplace who do not believe in the union, or who are even vehemently against it, and they do the very slow and difficult work of bringing them on board, through long, empathetic conversations and by building relationships.

Think, then, of the entire universe of people you know who will be (or could be) eligible to vote in the 2020 Democratic primary. How many of them are you certain will vote for Bernie Sanders? The job ahead is to shift as many people from the “Don’t know” or “No” column on your sheet to the “Yes” column. (You can even make an actual list of this universe of people. And it should be the entire universe—coworkers, friends, second cousins, a person you met at a car show once but haven’t spoken to in four years.)

Now, what lies ahead involves both mobilizing and organizing. For the people who are already Bernie Sanders supporters, the job is to: (1) Make sure they are registered to vote and satisfy the eligibility requirements and (2) Make sure they actually do vote. Every time you successfully convince someone to support Bernie Sanders, you then have to switch from persuasion/organizing to activation/mobilizing. Supporting him in their brain means nothing without action. They might as well not support him at all. You’ve wasted your time unless they register to vote and actually do vote.

Part of your job, then, is to convince jaded nonvoters that Bernie’s candidacy is worth believing in, and then getting them to actually cast a ballot. For nonvoters, this is especially urgent, because many states disenfranchise people by setting absurdly early registration deadlines for voting in primaries. If someone is unregistered, or registered as a Republican, you need to get them signed up now.

Here it’s important to discuss what it means to “get” someone to vote for Bernie Sanders. It does not mean being an obnoxious evangelist who never shuts up about Bernie. In fact, one of the most important aspects of the Sanders campaign is that it isn’t about Bernie, it’s about ordinary people and their problems. A main part of persuasion is going to involve being an empathetic listener rather than a preacher. This is supposed to be the campaign that listens, the one that actually cares what people think. Notice that the most effective Bernie ads barely feature Bernie at all: They feature people talking about their struggles, the kind of people Bernie’s presidency is going to help.

Long, difficult conversations. That’s what will be involved a lot of the time. You have to try to show another person why you feel so strongly that a Sanders presidency is important, and to have them come to share your perspective, but doing so will involve making sure you understand theirs as well. I think it is very important here not to be an uncritical adulator of Bernie Sanders. Frankly, there are votes he has made that I think are indefensible, and I find him frequently frustrating and in constant need of pressure from activists. I believe in his candidacy because I think he is the only person with anything close to a set of solutions to the problems people face today.

Know the issues, know the plans, try to figure out how to articulate why you feel so strongly the way you do. Those people in the video: Why is it that they trust Bernie so much? What is it that they see in him and in his campaign? What is it that Erica Garner saw in Bernie? (She, too, gave herself a heart attack as she fought tirelessly for justice.) What was it that felt so beautiful about the “America” ad? I think it had something to do with the uncommon and genuine respect that Bernie Sanders has for ordinary working people and the bitter contempt he has for those who dare to speak in the name of those people while betraying their interests.

Nobody should be written off immediately. It frequently turns out that the people who seem most resistant to persuasion, if you find the right “in road,” will eventually become some of the strongest supporters, if you give them a good reason. Political conversions happen every day, even of the most extreme kinds. (Take, for instance, that young white supremacist who slowly unlearned his hatred after spending time around anti-racists in college.) Of course, you need to prioritize your limited time. There are three categories of people:

What I have been talking about so far is stuff you can do even if you can’t afford to donate $27, or can’t go knocking on doors or putting in signs or do phone banking. It is something you can do in day to day interactions with people around you. But of course, if you do have time and money, there is more. Get your ass off Twitter and get on a bus to Iowa or South Carolina. Sign up to volunteer wherever you are already. Put in a regular monthly donation. Get that sticker onto your car and that shirt onto your torso. The clock is ticking. There are novel ways that people can pitch in—that incredible ad contrasting media perspectives with “real America’s” perspectives? It was made by a fan, not the campaign. That fan made a choice: to use his time and skills and creativity to make something inspiring and effective.

There is another important thing you can do for Bernie Sanders: Work for candidates who are not Bernie Sanders. Remember: This movement is not about Bernie. It is about advancing a strong set of social democratic policies that will make this country and the world a better place. That cannot be done without having many more lefties in Congress and it state and municipal governments. There are all kinds of incredible candidates running at every level. Check out these lists for people in your area. I’ve recently met great candidates like Marguerite Green, a DSA member running for Agriculture Commissioner in Louisiana, and Rebecca Parson, running for Congress in Washington, who deserve your support. If Shahid Buttar can win in San Francisco, it will totally transform Democratic politics. These candidates will never be able to build the kind of giant grassroots fundraising apparatus that Bernie has, so you should not donate to Bernie without donating to candidates like these as well. These campaigns need you. They are very difficult uphill battles, working with very few resources. Your participation makes a giant difference. But they can win, as Alexandria Ocasio-Cortez showed us when she defeated a 10-term high-ranking incumbent who had millions more dollars. At the DSA convention, I met socialist candidates who had won all over the country, even in very hostile districts. It is possible.

Of course, if you have the time and energy yourself, you might consider running yourself. Even a seat on the local library board or school board can help. The left ideally needs a presence in every race, red states as well as blue. This is not the “Bernie Sanders campaign.” It is a rising movement of the American left that, with thought and effort, can create a genuine “political revolution.” A Bernie Sanders presidency is an important part of that, but it’s only the very beginning. The next year could reshape American politics completely, or it could end in the demoralizing reelection of Donald Trump. Which path it takes depends on what we choose to do right now.