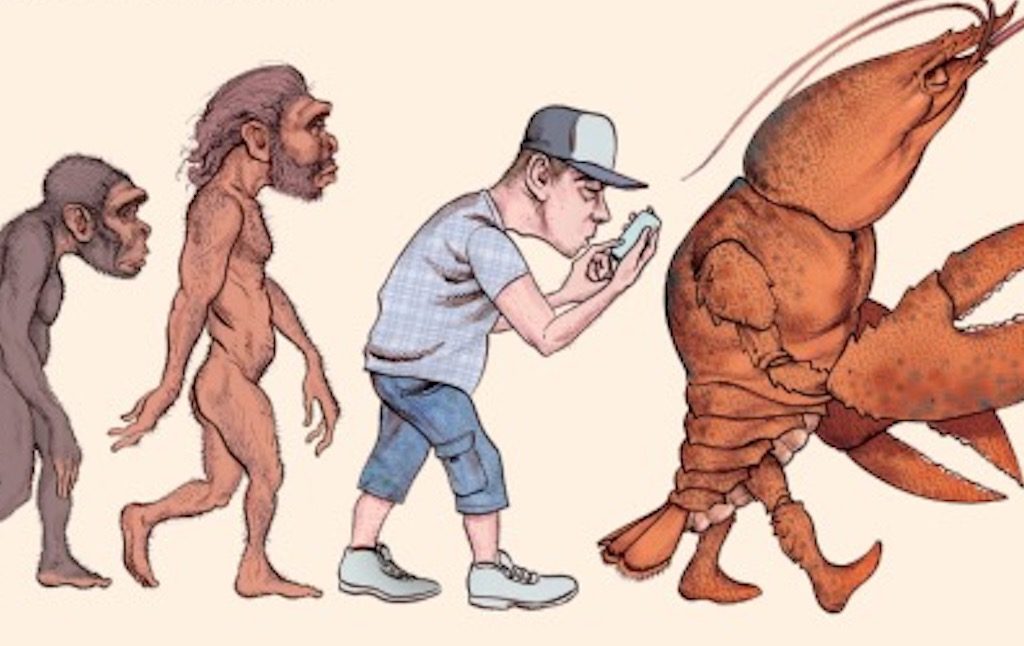 Test Your Knowledge of a Totally Legitimate Field…

Evolutionary psychology is often unfairly maligned as “the phrenology of our times,” a “bullshit science” that makes “unverifiable claims” on the basis of “scanty evidence” in order to uphold “sexist, racist, and homophobic hierarchies.” This is incorrect. Evolutionary psychology is an extremely real science. Drawing from social science datasets, it concludes the necessary existence of hard biological facts. Sure, we haven’t found most of the genes or highly differentiated brain structures that must exist in order to prop up the vast majority of the theories of evolutionary psychology. But that DOESN’T mean it’s mostly pseudoscience. It means the biologists who should be working on this problem are lazy, and also probably jealous.

How do we know evolutionary psychology is perfectly legitimate? Well, for starters, it has not one but two science terms in its name. And furthermore, it’s just common sense: Homo sapiens evolved in a vicious, winner-take-all state of nature, and therefore the deepest, realest elements of human psychology are hardwired, brutal, and individualistic. The false trappings of “civilization” came later, and overlaid our natural psychology with everything about us that’s gentle, feminine, decadent, shallow, cosmopolitan, unnatural, and legalistic. Anyone who attempts to call this “sexist,” “pure ideology,” “vaguely anti-Semitic,” or “extremely convenient” just doesn’t understand science.

a. Human beings, like lobsters, desire to be ruled by a single Uberlobster, who reigns under the sea on a throne of barnacles and blood.

b. Human beings, like lobsters, desire to be eaten by a larger, more intelligent, and more mobile species. That’s why I’ve set up radio beacons inviting alien gourmands to descend to our world and choose among us. Welcome, diners of the galaxy! I’m the meatiest!

c. Human beings, like lobsters, sometimes die of exhaustion while molting, which is why getting dressed in the morning is so haaaard.

d. Human beings, like lobsters, only mate when the female of the species selects a male, lurks outside his house, and pees a mighty stream of pheromone-scented urine on his door. If this isn’t what your personal mating behavior looks like, you are not obeying your natural genetic instinct, and must correct yourself accordingly.

2. Studies show that women have a slight preference for the color pink. This phenomenon must be unrelated to the aggressive ubiquity of pink clothes and toys marketed at girls. Culture isn’t an “innate” driver of human behavior (unlike the market, which is a naturally occurring force, much like plate tectonics). Evolutionary psychologists theorize that women evolved to like pink because it helped them find and pick berries in the wild. Which piece of evidence best supports this theory? 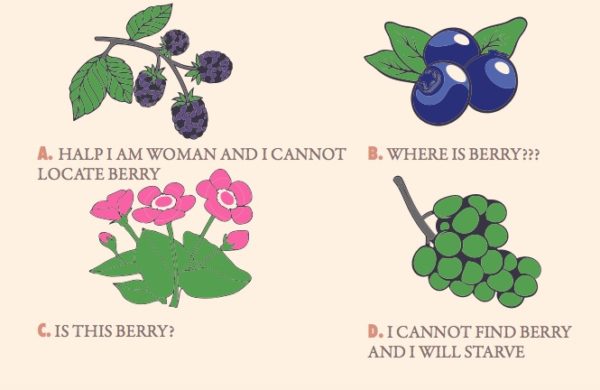 If these theories are correct, which of the following policy proposals would you logically have to endorse? You may select multiple answers.

a. As men are horndogs and rapists, too aroused by the double whammy of boobs ’n’ butts to think clearly, they should no longer be permitted to vote or own property.

b. Given that men are non-selective in their lusts (i.e., are simply reasonless animals who want to mate with as many women as possible), they should be loaned out to women on a rotating basis. Since the only driver of human evolution is the quest to pass on one’s genes, we can trust that men will be perfectly content with this arrangement.

c. When a male artist draws a square, he should have his pencil slapped out of his hand. Biologically, he ought to respond only to round shapes, like boobs ’n’ butts.

d. If men complain about this arrangement, demanding to be treated as full human beings with the right to vote, own property, choose their own romantic partners without coercion, and live whatever creative and fulfilling lives they choose, they will have to be sent to Male Re-Education and Recreation Camps, where they will be forcibly instilled with the indisputable truths of evolutionary psychology, and also taught to make popcorn necklaces.

4. “Why does this quiz only attack strawmen? Why does it fail to address very serious claims, like (((human biodiversity))), or how young women are genetically programmed to prefer older men even though older men’s dicks don’t work? Where can I address my angry emails? Are you making fun of me? Evolutionary psychology is very serious business! I AM TALKING TO YOU. MEN ARE TALKING.”

In your angry response to the editors, choose the extinct animal you believe most encapsulates your prehistoric rage. Please provide a plausible explanation of how you would take down this animal with only a few pointy sticks and no knowledge of modern physics. Since your ancestors were naturally selected to hunt these animals, and you’ve inherited their genes, you should be fully capable of the task.

Thanks to all the friends of Current Affairs on Twitter who contributed ideas to this quiz! Truly, humans are a cooperative and generous species.

This quiz was originally published in the November – December Issue of Current Affairs.