Why I Gave A Buck To Mike Gravel 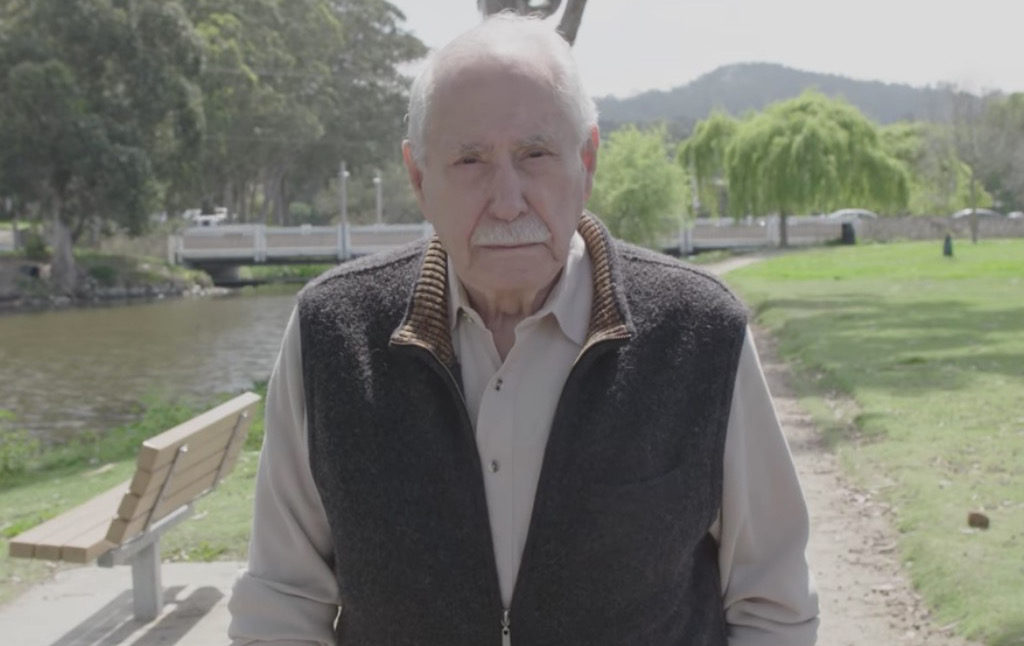 I just gave a dollar to Mike Gravel’s presidential campaign, and I think it was a pretty good decision.

First, Mike Gravel is the former Alaska senator most well-known for putting the Pentagon Papers into the Congressional record. After leaving office in the early ’80s, he drifted a bit and got involved with some quixotic causes, before resurfacing in the Democratic primary for 2008. I remember Gravel in the primaries very well. He stood out from every other candidate: He was much older, much brasher, and willing to thunderously denounce the other candidates over their support for the Iraq war. He was a hoot to watch, but he was also right about a lot of things, and he espoused “fringe” positions that are today taken far more seriously. Gravel infamously recorded some of the oddest campaign commercials of all time, including one in which he stared into the camera before tossing a rock into a lake.

Mike Gravel did not want to run for president in 2020. He is 88 years old, walks with a cane, and his chances of success are even lower this time than they were in 2008, when he got less than 1 percent of the vote. But Mike Gravel is running for president, thanks to a group of Twitter-savvy teenagers—David Oks, Henry Williams, and Elijah Emery—who somehow convinced him to run.

A few weeks ago, something strange began happening with the @MikeGravel Twitter account. Dormant for a long time, it began issuing forth scathing opinions on contemporary politics and the 2020 Democratic candidates. “Mike Gravel” has been saying things like:

At first, you may think that the teens were simply trolls. They’d gotten Senator Gravel, who at 88 didn’t care much about his Twitter presence, to hand over his password, and used the account to humorously taunt other candidates. But the more tweets the feed spat out, the more it became clear that something much more serious was going on. The jokes had a kind of “moral core,” they were rooted in righteous outrage at those who rationalized injustice and oppression. Many tweets were deadly serious comments on the human costs of American foreign policy:

The swipes at other 2020 candidates may get the attention, but the Mike Gravel Twitter account has a consistent message: The United States has failed to hold itself accountable for crimes committed around the world, its bloated military is a global empire, and a serious presidential candidate must be willing to call out the bipartisan embrace of the defense establishment, the construction of terrifying new autonomous drone technology, and the embrace of human rights abusers like Saudi Arabia and Israel.

When Current Affairs talked to Oks and Williams about their campaign, they did not joke around at all. The Democratic Party, they said, needed an antiwar voice. Someone needs to be pushing for a foreign policy agenda that moves toward peace with all nations. Bernie Sanders, they said, had been a “fairweather friend” to the antiwar movement, and has shamefully remained silent on serious issues of justice, such as the imprisonment of Chelsea Manning. If Mike Gravel could get on the debate stage with the other candidates, he could do what he did in 2008, and confront them directly.

The Gravel campaign has put out a 29-page platform. It is radical, almost a “wish list” for the left. It includes cutting the military budget by 50 percent, closing Guantanamo Bay, ending the use of drones, vowing not to invade any sovereign nation in the absence of a first strike, closing all military bases abroad, and abolishing the Senate and the electoral college. It contains many ideas that no other Democratic candidate would ever dare to mention. Bernie Sanders, Oks and Williams say, is concerned with appearing electable, and so is careful not to become too “radical.” Mike Gravel, with no chance whatsoever of winning the nomination, can say as he pleases.

So their goal is this: get the 65,000 individual donations necessary to qualify Mike Gravel for the Democratic debates. The donation amounts don’t matter for the purposes of qualifying—they can be as small as $1, which is what I donated. Mike Gravel can say things on stage that Bernie Sanders would never say. He can call for completely terminating U.S. military aid to Israel. He will talk about U.S. intervention in Venezuela. He will bring a radically pacifist voice onto the debate stage and discuss the reality of what war means and why we must prioritize global peace.

Oks and Williams pointed out to me that among Democratic candidates, even leftier ones like Sanders and Warren, there is a moral hole in their policies: They talk a lot about justice, but they don’t talk much about justice for people outside the United States. It’s “American workers” this and “American jobs” that. But from a moral perspective, Americans do not matter more than people in other countries, and our policies have serious ramifications for the lives of people elsewhere. Oks and Williams say they want Gravel in the debates to speak on behalf of people around the world whose interests are affected by what happens in U.S. politics. Here’s Gravel in his own words:

My message, centered around an anti-imperialist foreign policy and fundamental political reform, is one that no other Democratic candidate is making the centerpiece of their campaign. After the first two debates, I will drop out and endorse the most progressive candidate.

This is not a frivolous or silly idea. In fact, I think it’s profoundly important. Oks and Williams are right: Bernie Sanders needs to be pushed on a lot of stuff. I do want someone out there who is willing to bring up Chelsea Manning, who doesn’t feel afraid of using the word “empire” to describe the U.S.

Oks and Williams recognize the obvious problem here: What if people actually voted for Mike Gravel? That’s why they’re not asking for your vote. They’re asking for a dollar. Mike Gravel doesn’t want to be president, he wants to put forth a left foreign policy agenda and force the eventual Democratic nominee to adopt parts of the radical Gravel platform. He has vowed to drop out after making his point. If you are a leftist, you should want this to happen. It stands no chance of “spoiling” a potential Sanders nomination, and so the more leftist voices that are on the debate stage, the better. Imagine Mike Gravel saying to Pete Buttigieg what Bernie Sanders never would: Pete, you spent seven months in Afghanistan and didn’t think to ask one person there what they thought of our presence. This is exactly the sort of thing Mike Gravel did in 2007, and it was satisfying and important. (Gravel’s new campaign ad, Rock 2.0, also opens with some of the uglier and more disappointing quotes from the current crop of other candidates.)

But the Gravel candidacy is not an amusing sideshow. It’s an extremely clever move, one that could have a very positive effect on the Democratic primary. I gave him a buck, and I think you should too.

Listen to the full interview with David Oks and Henry Williams here.