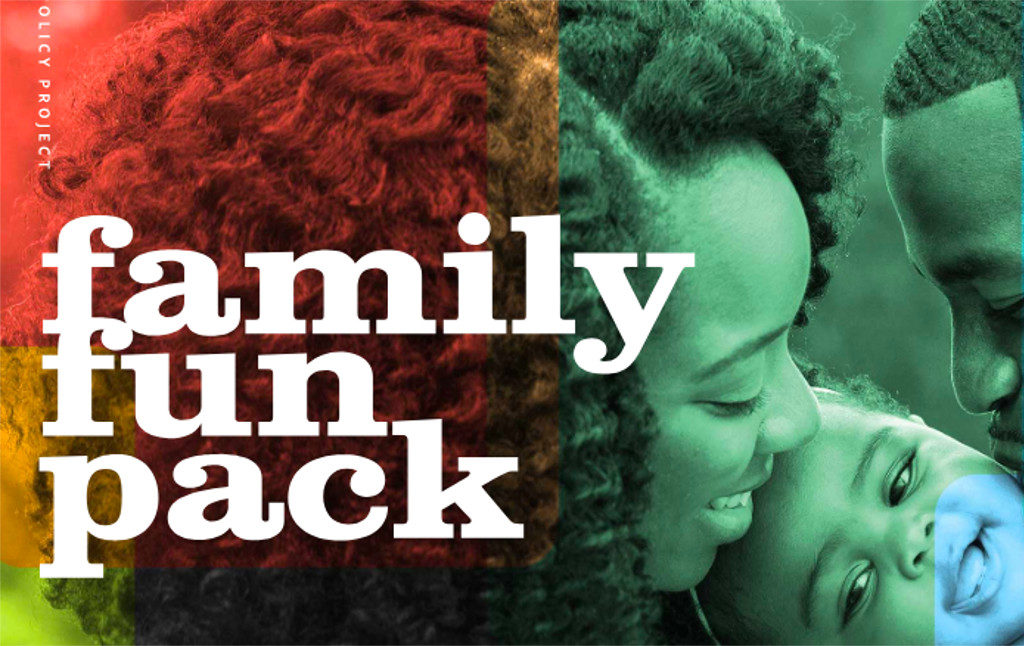 Why candidates should adopt a “Family Fun Pack” of generous benefits…

As the Democratic presidential primary heats up over the next few months, scores of candidates will release their agendas for the U.S. welfare state. But what should those agendas be? Means-tested tax credits like Kamala Harris has proposed? Means-tested grants to 18-year-olds like those favored by Cory Booker? Amy Klobuchar’s tax-advantaged savings accounts for education? These are the kinds of policies we have come to expect out of Democrats, but they are as inadequate as they are uninspiring. Each would make only a small dent in the problems they are seeking to solve while also being nearly inscrutable to their beneficiaries.

Instead of these tired approaches, Democratic contenders would be wise to put forward an ambitious welfare agenda that is easy to understand and provides universal benefits to a broad swath of the U.S. population. The People’s Policy Project released a detailed platform last week called the Family Fun Pack that does just that.

The Family Fun Pack (FFP) is a set of seven programs for families with children that, if implemented, would make parenthood easy and affordable for everyone. The FFP provides parental leave, free child care, and free pre-k to all families, fully resolving the problem of how to care for children before they are old enough for kindergarten. It also covers a few universal childhood needs by providing a baby box full of newborn necessities to expectant parents, a free school lunch to all kids, and free healthcare to everyone below the age of 26. Lastly, it converts the confusing hodgepodge of child tax benefits we currently have into a single cash benefit paid monthly to every family with children. It’s the best possible welfare agenda for Democrats because it is both good policy on the merits and one of the few agendas that can reach nearly every group that votes for the Democratic party.

Children are one of the leading causes of poverty, inequality, and financial stress in American life. This is an unavoidable outcome of the way our current economic system works. Adding children to a family unit increases the amount of resources that family needs by hundreds of thousands of dollars, but our system does virtually nothing to address that need. This problem is compounded further by the fact that biological realities require people to have children in their 20s and 30s even though their peak earning years do not come until their 40s and 50s. Their incomes are the lowest when they need money the most.

Because we lack the kinds of generous family benefits found in other countries, we have one of the highest child poverty rates in the developed world and a system where even relatively affluent families buckle under the extreme costs of childcare and pre-k. This reality creates some immediate harms: Children go hungry, women are forced out of the labor force, and people are prevented from having the families they want. It also creates long-term harm. Poor children grow up to be less productive and more prone to crime. Below-replacement fertility results in an aging society that strains under the costs of caring for its elderly and disabled populations. If you want less crime, make parents less poor. If you want to keep social security sustainable, make it more affordable to have children who will grow into taxpayers.

The FFP would largely solve these problems. The monthly cash benefit alone would cut child poverty and deep child poverty by half while virtually eradicating extreme child poverty. The free child care and paid leave would allow more women to remain in the labor force. And the package as a whole would enable families that currently forego childbearing for financial reasons to instead have the number of children that they’d like.

A coherent and robust family benefits program is not just good policy. It is also good politics. The universal social democratic nature of such an agenda will appeal to the left ideological flank of the party that is tired of tax credits and half measures while the FFP’s focus on especially young children should be attractive to the centrist flank of the party that emphasizes building human capital.

In addition to satisfying both ideological sides of the Democratic party, the FFP would also disproportionately benefit key Democratic demographics like poor and working class people, women, young adults, and people of color. Indeed, it is perhaps the only welfare agenda that is able to simultaneously appeal to the party’s lower class constituency and young professional class constituency, which generally have contradictory economic interests that the party struggles to manage.

With potentially dozens of politicians vying for the Democratic presidential nomination, those without much name recognition or an established base will struggle to break through the cacophony and reach voters. Adopting a bold and fresh welfare agenda that is also simple and coherent could be exactly what an underdog candidate needs to stand out amid the usual beige Democratic agenda of tax code tweaks and means-tested mush.