Why Right-Wing “Populism” Is A Fraud 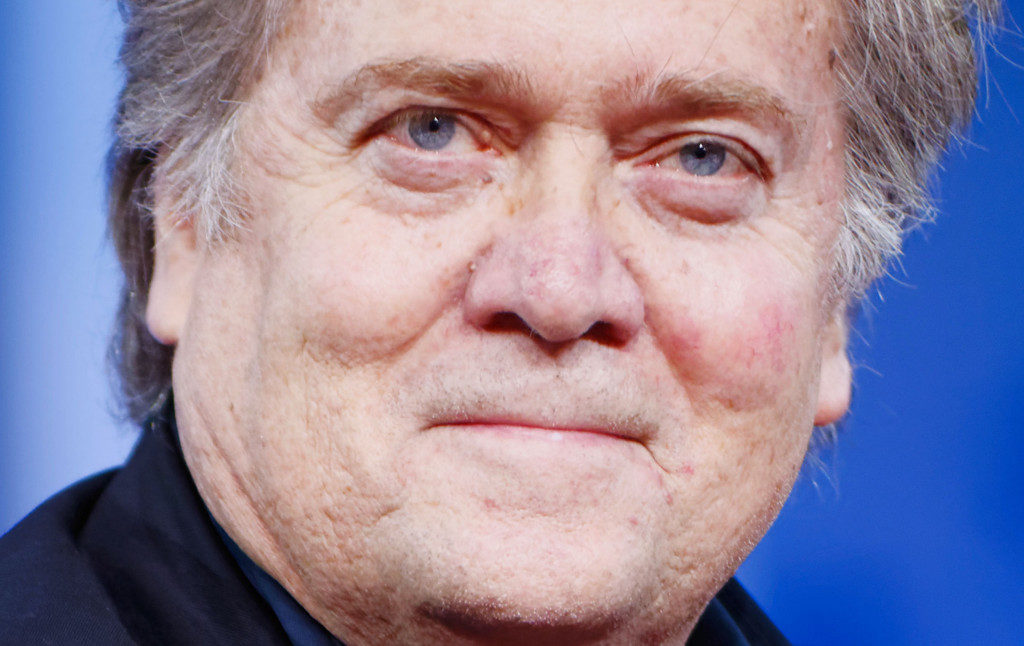 I have mentioned before that for all the talk about the Republican Party being “torn apart” by an internal war, Steve Bannon’s political ideology is not terribly different from that of the mainstream Republican Party. I mean, he’ll say it’s completely different and that he’s in an all-out struggle against the Republican elite. But when you get down to the actual policy differences, Bannon’s “anti-elite populism” doesn’t actually propose shifting the balance of power between powerful interests and the majority of the American people. Economically, for the most part, it seems to involve substituting one set of plutocratic overlords for another.

In fact, Bannon somewhat amusingly confirmed this recently during a disastrous interview in which he showed just how fraudulent his “anti-elite” rhetoric is. Marlow Stern of the Daily Beast talked with Bannon about his “anti-elitism” in Bannon’s $1,400 hotel suite. Stern did what so, so few journalists do when they “grill” public figures: He kept asking follow-up questions, and wouldn’t let a subject go, and didn’t move on after receiving obvious BS. (Journalists should read this interview and learn from it.) Because Stern had the guts to keep pushing back, he trapped Bannon and got him to give extremely revealing answers and seemingly become uncertain and incapable of defending himself.

SB: No, he’s not at all. He’s… he’s definitely a populist. Always been an outsider.

MS: But he’s a billionaire with a superrich father. The guy inherited tens of millions—maybe more—from his father.

MS: Have you seen his penthouse apartment in Manhattan? The thing is solid gold, overlooks Central Park, and is worth over $100 million.

MS: You don’t think that constitutes “elite”? It’s one of the nicest apartments in Manhattan. It’s a $100 million, three-story, solid-gold penthouse.

SB: It’s a nice crib. But “elite” is not just about wealth, it’s about mind-set. Trump connects with working-class people and lower-middle-class people.

MS: There’s a lot of talk in the film about your mission to take on the “elites,” but Trump’s initial Cabinet was worth what, $15 billion? How do you square that?

SB: Well, first of all, they’re all self-made people.

SB: OK, but no, come on, just because they’re successful doesn’t mean they’re part of the American elite.

MS: But if they’re billionaires, how does that not make them part of the elite? What makes someone elite?

MS: But he’s not self-made.

SB: Donald Trump is totally self-made. He took a small grubstake of his father. His father gave him, what, $100 million? $50 million? $40 million?

MS: He inherited a lot of money when his father died, too. I’m not exactly sure how much.

MS: You really think that? When you have a father who’s worth several hundred million dollars, and who gives you millions, and you start off working for your father’s company?

SB: He’s totally self-made. And by the way, his father’s company was an apartment company over in Queens. He brought it to Manhattan and built some of the greatest projects in America. How can you sit there and say the guy’s not self-made?

MS: Because he’s not self-made. He’s an heir. I’m from New York.

SB: This is the continual thing on the left, just trying to tear this guy down every time. And this is why the Trump voter just totally rejects you guys.

Now, I think Stern makes a few mistakes in the full interview, and even in this segment. He shouldn’t have let the conversation drift away from Trump’s cabinet appointees, because Bannon’s explanations were at their most strained when trying to suggest that Betsy DeVos, who has never actually “built” any wealth, was somehow “self-made” and therefore “not an elite.” Same with Steve Mnuchin, a partner at Goldman Sachs whose father was also a partner at Goldman Sachs. Stern should have asked flat-out: “in what sense is Betsy DeVos’ fortune self-made?” Trump himself is not as easy a case to make, since he can be said to have built the “Donald Trump” brand.

Nevertheless, this was a better interview of Bannon than any other journalist has done. (Contrast it, for example, with this one.) It provides all the evidence you need to show that Bannon’s entire “elite” versus “non-elite” distinction is garbled nonsense. Bannon says at the end that Trump voters understand Trump is self-made. But I think even Trump voters will understand that you can hardly call yourself a crusader against the financial elite if you’re appointing billionaire heirs to your cabinet. The quotes from this interview are very useful for exposing Bannon for anyone who might be tempted to buy into his “populist” politics. He says it absolutely explicitly: He’s not against having billionaires running the country, as long as they’re self-made, and his definition of self-made is… well, it includes Betsy DeVos, whose fortune comes entirely from family money.

After the recent flap about Steve Bannon’s disinvitation from a New Yorker event, the New Yorker‘s Osita Nwanevu was critical of the idea of interviewing Bannon at all. Nwanevu points to the above interview to show that people like Bannon “are brick walls. You cannot have an actual conversation with them,” and there’s no point to an interview. But I don’t think that’s actually the case. Certainly, inviting Bannon to headline an “ideas festival” was a horrible idea, partly because such invitations are implicitly honors and partly because New Yorker editor David Remnick would almost certainly not have been the kind of tough, persistent interviewer that Stern is. It would have been an embarrassment to the left in many ways. Grilling Bannon like this in his hotel suite, however, is useful in my opinion. Yes, it gives him a “platform,” and I know we’re all about “don’t give horrible people platforms.” On the other hand, having a platform does not always help advance someone’s cause, if you can get them to say things that make them seem less brilliant in the eyes of their followers. Steve Bannon is sometimes portrayed as some kind of dark strategic genius. In this interview, he proved once and for all that he isn’t. He can’t even handle simple questions about his worldview. It was embarrassing.

Interviewing someone, even well, can’t be expected to destroy them. But if you use the platform well, you can advance your cause more than you do theirs. This new interview gives plenty of fodder for future Bernie Sanders speeches: When Sanders is trying to show the phoniness of Trump’s appeals to working people, he can invite audiences to laugh in derision at Steve Bannon’s attempt to explain how you can inherit a hundred million dollars, live in a penthouse made of gold, and still be a “self-made man” who isn’t part of the “ruling elite.”

Left “populism” is the only kind of populism that actually cares about the democratic rule of “the people.” Bannon made that clear: He’s a Goldman Sachs alum claiming that having a country run by nepotism-dependent Goldman Sachs alums is somehow challenging to a system of “elite rule.” It’s going to be very important, as the left tries in 2020 to counter Donald Trump’s celebration of “the everyday American,” to have persuasive ways of helping voters see through the sham. Steve Bannon just handed Bernie Sanders a small but useful gift.