It’s Not Enough To “Move To The Left” 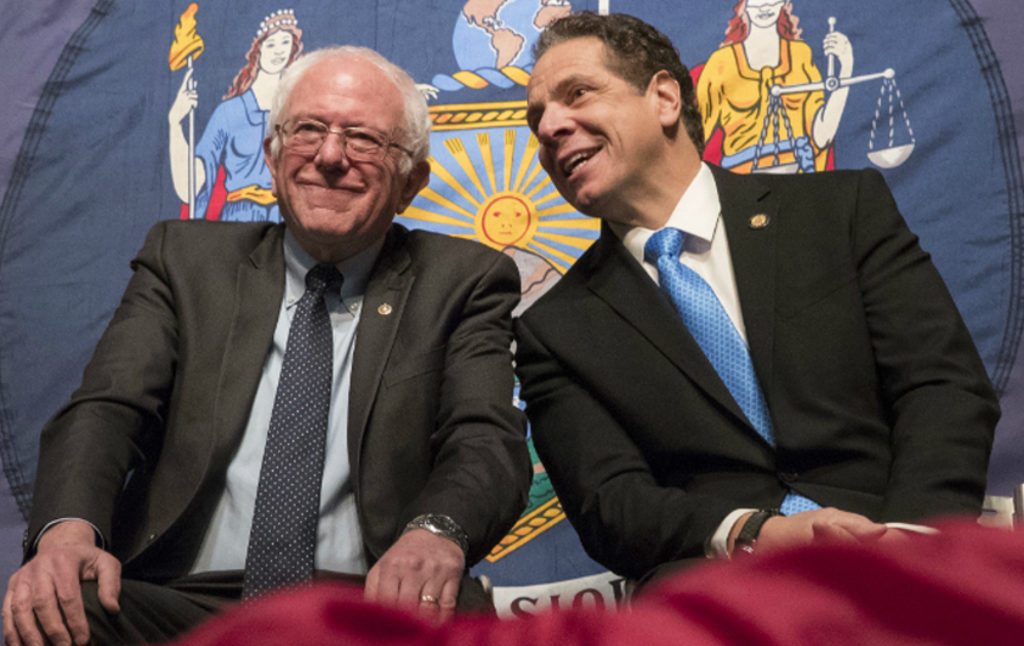 Progressive rhetoric is not enough alone. People actually have to like you…

I often make fun of the Democratic Party for its bungling. (See our latest print issue for a special feature mocking Jon Ossoff’s comically ineffective campaign flyers.) One criticism I make is now commonplace: the Party’s messaging has been a failure and it has ceased to offer working people any good reason to believe it will improve their lives. But I’m also actually interested in seeing it improve, and I’m excited by progress. I think it’s important to acknowledge when things are done well, not just scoff when things are done badly.

Since the devastating 2016 election, some senior people in the party who did not recognize the seriousness of its problems have begun to reconsider. Chuck Schumer has gone from thinking that Democrats could discard working class rural Pennsylvanians and rely on suburban Philadelphia Republicans to vowing that “Democrats will show the country that we’re the party on the side of working people.” A record number of Democrats are now supporting single-payer health care, which has gone from something Hillary Clinton insisted would “never, ever happen” to a potential litmus test for Democratic candidates in 2020. There is evidence that Democratic candidates are “moving left” after seeing the rising number of people who identify with the party’s progressive faction, and conscious of the need to appeal to the demographic that Bernie Sanders energized and Hillary Clinton alienated.

Because I am a leftist who agrees that Democrats need to seriously address problems of economic injustice, I’m encouraged by this development. I think it’s both morally correct and strategically sound. Despite some PR gaffes, the party is slowly moving toward discussing more of the issues that directly affect people’s lives, and possibly focusing a little less on Trump’s character and Russian meddling.

There is something very important to understand here, though: it’s not enough to “move to the left.” Many observers, including myself, often discuss the Democrats’ failures as a “messaging” problem. And partly, it is. But to talk in these terms risks implying that the most important thing is to change what you say rather than what you do and who you are. If we discuss this solely as a “messaging” problem then we risk affirming a cynical view of politics, one in which the way to win votes is simply to figure out what voters want to hear and then say it to them.

It’s true, of course, that the unexpected successes of “populist” candidates in 2016 was tied to people’s actual conditions. But Bernie Sanders did not just do well because he’s a leftist, he also did well because he is Bernie Sanders. And Donald Trump is not just the president because he appealed to bigotry and a hated of elites, he is president because he is Donald Trump. This sounds like mere truism, but it’s important: the character of your candidates matters, and can be just as important as the words that come out of their mouths. Personality is an incredibly important part of politics. Barack Obama became the president because of who he was, and the fact that he convinced the United States to embrace him as a person. Anyone can come along offering “hope” and “change” or telling you they’re going to stick it to the D.C. elites. In order to actually convince people of that, though, you have to convince them to buy into you.

I do not think Bernie Sanders is the most popular politician in America simply because he is the most left-wing politician in America. Yes, those who like him support his policies, and believe in free college and paid family leave. But they also trust and respect him. They like him because he has a certain kind of integrity: he usually says what he means, seems to genuinely care about people, and passes up opportunities for personal pettiness. That’s why even many Republicans are positive about Sanders. The Atlantic reported that in Congress, “Sanders has managed to be respected — even liked — by much of the chamber, according to members on both sides of the aisle,” contrasting him with the universally despised Ted Cruz. It’s an instructive comparison: Cruz’s contempt for his colleagues has made it difficult for them to work with him, whereas Bernie Sanders passed more roll call amendments in the House than any other representative, even in a Republican congress. (For all the standard dismissal of Sanders as a dreamer, he is actually an extreme pragmatist when it comes to legislative compromise.)

The recent history of the Labour Party in Britain offers a similar lesson. When hard left candidate Jeremy Corbyn took over the party in 2015, many in the political center insisted that his leadership would be a disaster. One of the key arguments they made was that the British people didn’t want to move further left. The Labour Party, they said, had already tried that: Ed Miliband, the leader before Corbyn, was further left than his New Labour predecessors Tony Blair and Gordon Brown, yet the party’s fortunes had worsened under Miliband. Clearly socialism doesn’t sell.

It’s not difficult to see why this makes sense, though: politics is about more than where you fall in the ideological spectrum. Corbyn didn’t just do well because British people were angry about inequality and were receptive to leftism. He did well because they embraced Corbyn the person. At the time he was selected as a leader, I argued that Corbyn might well prove a more formidable political leader than people expected, because he had a personal warmth and likability that helped him appear sincere about his promise to bring a “new kind of politics.” And I think that turned out to be true. “Corbynism” became an actual serious phenomenon while “Milifandom” had always been a sad joke.

We might legitimately be troubled by the role of individual character in political success. After all, at its worst this creates personality cults, whether it  was Obama’s dictatorial-looking “HOPE” posters or Bernie’s unkempt hair appearing on T-shirts as a sort of angelic halo. It’s troubling when political movements center around individual people, because it puts too much emphasis and responsibility on a single person, when political success can only be achieved through collective action.

But to a certain extent, character is unavoidable: it matters who you are, not just what you say. Persuasive appeals are of three kinds: appeals to logic, appeals to emotion, and appeals to character, and anyone aspiring to political success should have all three. Democratic candidates are not just pushing a platform, they are pushing themselves.

I worry that unless this is recognized, there may be an impending “Miliband problem.” In 2018, many Democrats will “run to the left,” signing on for single payer and free college. They’ll fill their speeches will references to jobs and wages and the Stagnant Middle Class and the Disappearance of The American Dream, and they’ll get their pictures taken with ironworkers. Everyone will appear at a podium standing next to Bernie Sanders. Then, if those candidates lose, centrist Democrats will conclude that the Sanders wing was wrong, that people do not actually want these things, and that America is an inherently conservative country, with the way to win votes being to appeal to the “median voter.” That won’t necessarily be true, however. Far more is involved here than simply sounding somewhat leftier. You also have to sound more sincere. And if Democrats like Chuck Schumer, who have previously spent their entire lives as buddies of Wall Street, suddenly put on hardhats and rail against the Millionaires And Billionaires, they may actually end up sounding less sincere. And if they do worse, it will be partially because of this perceived insincerity, while conveniently appearing to be a repudiation of “left politics.”

Trustworthy character isn’t the only thing Democrats will need beyond “moving left.” They also need real grassroots organizations and mass involvement, and a clear commitment to results over mere rhetoric. If “Medicare For All” just becomes an empty slogan, with Democrats as ill-prepared to implement it as Republicans were to actually “Repeal Obamacare,” then it will be worse than nothing. Democrats using left messaging cynically, without any serious commitment to taking on insurance companies and Wall Street, would ultimately be very damaging. It would result in another series of broken promises that further erode people’s trust in the political system. (That’s, by the way, what makes me wary of people like Kamala Harris and Joe Biden. Harris has signed on for Medicare for All, which is great. But it’s important to make sure our candidates are sincere in caring about things, rather than simply adopting whatever position they think people want to hear. People like Bernie Sanders and Nina Turner, on the other hand, rarely change their tune. It makes them seem reliable.)

It’s great to see Democrats finally getting the message: a left political party needs to care about the interests of working people. But this is crucial: it’s not enough to start saying that you care. You have to actually care. And you have to convince people that you mean what you say. Words alone are not a politics.