Politics is a Contest of Domination 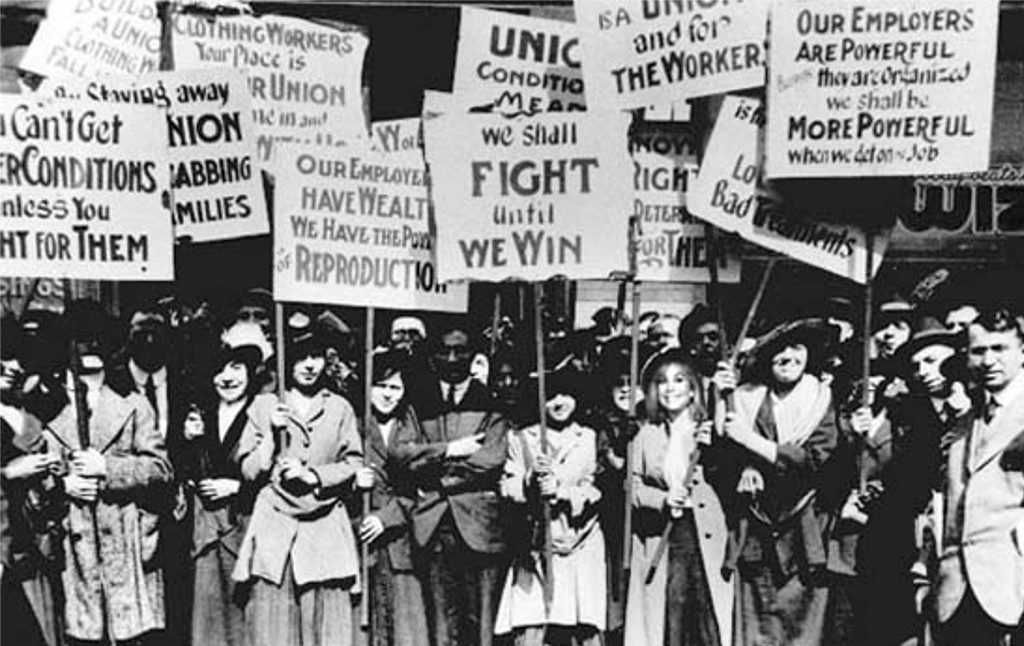 There’s nothing admirable about refusing to fight for your values…

In The New Republic, Jeet Heer has written a strong critique of the vague entity known as “the dirtbag left,” a term coined by Chapo Trap House co-host and Current Affairs Editor-at-Large Amber A’Lee Frost to describe the cheerfully vulgar and subversive brand of socialist politics emanating from the incredibly popular and financially successful Chapo podcast. The podcast’s mode of humor-laden and often savage leftist analysis has been given extensive media coverage. It has also thoroughly irritated commentators like Heer, who believes that it exemplifies a kind of “dominance politics” that fails to understand the importance of “forming alliances” among politically disparate groups. (Heer also outrageously lumps Current Affairs in as an example of an outlet with possible “dirtbag left” sympathies, even though we have made it quite clear that the correct label for our particular brand of warm and velvety socialism is either the “luxury left” or, if you prefer, the “loveliness left.”)

Heer critiques “dirtbag” leftism for believing that centrists in the Democratic Party should be showing fealty to those on their left, rather than vice versa. He cites a Chapo host’s remark that pragmatists must “bend the knee” to socialists. Heer concedes that “bend the knee” was almost certainly referring to the act of bowing before a king, but suggests that it could be legitimately interpreted as “a sexual remark” designed to humiliate women, and that even “if the remark wasn’t sexist in intent, it still suggests a troubling vision of politics as a contest in domination.”

We might leave aside questions over whether any leftist reference to bowing down must be riddled with deeply rooted anti-Hillary sexism. (Rather, I somewhat suspect that this is simply another effort to perpetuate one of the most sexist myths in American politics, the idea that socialism is synonymous with “BernieBros”; a vicious ongoing smear that erases millions of leftist women.) However, Heer’s criticism of Chapo’s “troubling vision” is worth addressing. It’s both extraordinary and telling that Heer believes it is troubling to conceive of politics as “a contest in domination.” After all, this is almost the definition of politics. At the very least, it is central to many leftist views of politics, which see the political arena as a power struggle between inherently conflicting class interests. If you subscribe to the basic Marxist view of the world, as many of the “dirtbags” Heer describes do, of course you see politics as a contest in domination; that’s all politics has been for the entirety of human history.

Heer’s revulsion at the idea that politics could be a “contest of domination” is somewhat illuminating. One of the main criticisms launched by leftists against moderates like Heer is precisely that they have failed to understand this fact about politics. Barack Obama believed that political conflicts in America were superficial, that underneath it all there was no “red America” or “blue America” but a harmonious nation whose people just needed to set aside their differences and recognize what they had in common.

As the ongoing collapse of the Democratic Party’s political fortunes has shown, this view is both false and dangerous. It’s false because there are conflicting interests in society, and they are deep. Politics therefore has to be a contest to see which interests dominate over which. If my political value is: “we shouldn’t have an economy where employers can profit while sexually exploiting their workers, who will have no remedy because of the lack of available social support and the precarious nature of their financial well-being” and your political value is “I believe in an economic system where this can happen freely” (or “I am an employer who profits while sexually exploiting my workers”), then there is no available compromise. There is only a test to see which one of us can have our values enacted in the world. One of us will win and the other will lose. And because I think my values are good and your values are heinous, my job is to make sure you lose. Leftists should absolutely want to make sure their values dominate the other side’s values. That’s because the other side’s values are that people should struggle for subsistence in a miserably unequal, sexist, and racist economy. There is no degree to which this value should be accepted; it must be driven from the earth. “Dominating” it doesn’t mean hurting people. Quite the opposite. It means keeping people from getting hurt, by making sure that the values of compassion and fairness predominate. (And this doesn’t conflict with the idea of “forming coalitions.” Forming coalitions is essential to ensuring victory, and since those who believe politics is war value victory, they have no problem with coalitions.)

Ignoring that politics is about dominance is therefore deeply dangerous as well as oblivious. You can’t escape the game by pretending it isn’t happening, you can only lose it. Republicans recognize that the aim of politics is to crush the other guy; Barack Obama spent eight years refusing to recognize this. There’s nothing noble about being too polite to fight for dominance; it just means that the people you’re supposed to fight for will continue to be the ones dominated. In Heer’s pejorative use of “dominance politics” we can get a good insight into why Democrats are bad at politics: they actually seem to be uncomfortable with the idea that you’re supposed to be trying to win. In this worldview, compromise is a goal rather than a tactic, and it’s almost tawdry to say that you believe your side should win and the other side should lose. Heer critiques the idea of a “hierarchical” politics, suggesting that there is a conflict between the socialist idea of equality and the “dominance politics” idea of coming out on top. But that’s simply dishonest: the hierarchy we’re talking about is not a hierarchy of human beings, with some performing forced agricultural labor and some living like kings, but a hierarchy of values, in which beliefs like feudalism and racism are subordinated to and, yes, dominated by, values of democratic libertarian socialism.

It’s important to note, too, that believing your side should win in no way conflicts with the idea of believing we should be “nice to everyone” or that “we should all try to get along.” Interpersonal niceness is, as I have said before, a prerequisite to being a decent human being and we should all strive towards it. But niceness doesn’t work as a politics in and of itself, because of the values conflict. I am personally pleasant to many people whose beliefs I loathe. But I am still going to ruthlessly attempt to undermine the influence of those beliefs in the world, because being kind and accommodating to those beliefs would mean cruelty and hardship for their victims. (Jeremy Corbyn likewise illustrates how a likable personality and uncompromising politics can be mixed successfully.)

Personally, I don’t really go in much for the classically “dirtbag left” mode of discourse. I’m not much for podcasts and I don’t really understand Twitter, and there are actual legitimate criticisms that can be made. But Heer’s belief that dominance in politics is a bad thing is uniquely illustrative of the pathology infecting those people variously known as “liberals,” “centrists,” “pragmatists,” or simply “mainstream Democrats.” (All of which are somewhat bad labels.) You don’t have to be a dirtbag, but you’ve got to fight dirty if you’re going to win. And if you care about what happens in the world, decimating the forces of oppression is precisely the point of politics.