After the DNC, What Now? 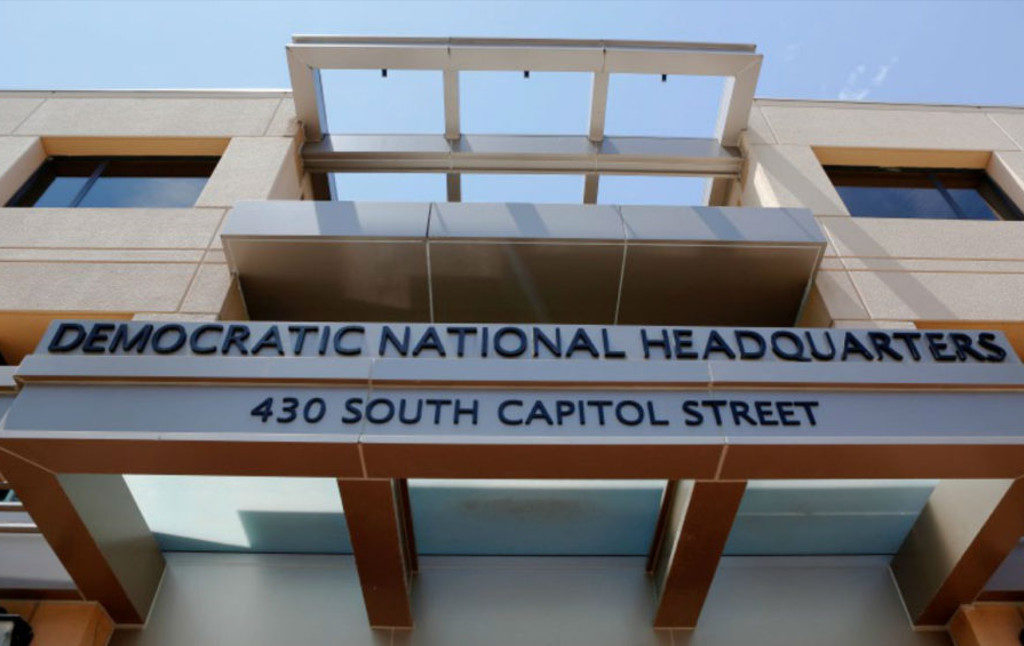 It’s clear that the Democratic party establishment wants a fight. Progressives should be more than happy to give them one.

Since many liberal commentators profess to be mystified by the passions aroused among Sanders Democrats by Keith Ellison’s defeat in the DNC race this weekend, allow me to explain. The Democratic Party, having suffered a nearly unbroken decade-long string of electoral defeats at every level of government, is currently weaker than an American political party has been in modern history; without dramatic change, it’s doomed, and any hope for progressive politics is doomed too. Berniecrats believe they have the recipe for change: economic populism and grassroots mobilization. Given that they won 43% of the vote in an unwinnable primary by mobilizing tens of thousands of activists—many of them young and working-class people getting involved in politics for the first time—against the full weight of the party establishment, there’s some reason to believe them, especially since sticking with the status quo means certain disaster. (A significant divide between Sanders people and Clinton people is that the Sanders crowd has a much better sense of how screwed the party is electorally.) When Ellison announced his candidacy in the wake of the election, many Sanders supporters hoped that the party establishment would be chastened or at least shaken by the catastrophic defeat of its fatally flawed candidate (a defeat many Sanders supporters predicted) and ready to make desperately needed changes.

Instead, Barack Obama and other Democratic leading lights mobilized to shut Ellison down. They intentionally picked a fight they could easily have avoided solely in order to keep the Sanders wing out. Opponents of “relitigating the primary” point out that Perez is a progressive and that the DNC chairmanship is not terribly important in the scheme of things. But this only makes things worse. Allowing a Bernie Democrat to head the DNC might have been a relatively painless symbolic way to heal the rift in a dangerously divided party. Instead, the Obama-Clinton faction took the opportunity to make it abundantly clear that they don’t want Sanders Democrats in the party and they couldn’t care less what we think.

Liberal pundits complaining that Sanders supporters shouldn’t be causing division in the party when we need to unite against Trump are doubly mistaken: first, it was Obama who chose to turn this into a fight, by actively recruiting Perez in order to squash Ellison. (And as others have pointed out, if the race was inconsequential and symbolic, why did Obama and Biden bother to pressure DNC voters over it?) Second, and more importantly, changing the Democrats isn’t a distraction from fighting Republicans but a precondition for doing so; there’s simply no reason to believe that a party run by Schumer, Pelosi and the Obama-Clinton crowd can beat Trump in 2018 or 2020, not when they’ve been losing for so long and have proven steadfastly unwilling to change. With the Ellison vote, the Democratic leadership has demonstrated that it’s not merely committed to staying the course but willing to enrage a vast, highly mobilized and deeply alienated segment of their base to do so at a moment when party unity is desperately needed. It’s mind-boggling. As Nathan Robinson puts it, “they must be trying to fail.”

So: where do the Berniecrats go from here? Faced with a party that can’t win, won’t change, and doesn’t want us, many have seriously discussed leaving. The argument for a left third party is stronger than it has been in generations; after all, the argument that progressives should hold their noses and vote Democrat was always premised on the idea that the Democrats could at least beat the Republicans. If they can’t even do that, why stay? A scroll through many a young activist Democrats’ Facebook feed will show many people threatening to do just that.

For better or for worse, the threat will in most cases prove empty. The fact that the Democratic leadership is criminally incompetent doesn’t make it any easier to win elections on an independent or third-party ballot line, nor does it make the spoiler dynamic easier to solve. The 2016 election taught an unambiguous lesson on this point: staying with the Democrats offers progressives the opportunity to reach millions of people and build a mass movement, while going Green dooms them to irrelevance. Jill Stein spent 2016 preaching to a very small choir, too marginal even to spoil an election, while Bernie Sanders built the largest and most powerful progressive movement in more than a generation in a Democratic primary race.

Cynics will say that the impossibility of the third-party option means the Democratic leadership made a smart play: they can kick the Sanders wing as hard as they want to, because Bernie voters have nowhere else to go. That’s not quite true. The disproportionately young and working-class Sanders base could join millions of other young and working-class people who feel the Democratic Party has nothing to offer them and simply stop voting. No doubt some will do just that; it’s a price the Democratic Party leadership decided this weekend was worth paying for continued control of the party.

But for the majority of Sanders supporters, depoliticization at this moment is not an option. They face a dilemma: they’re doomed to marginalization if they stay in the party and irrelevance if they leave it. They’re wondering what to do next.

One promising option, being pushed by Our Revolution among others, is to take over the party at the local level by running for state and county positions in the party. The extent to which this is practicable and worthwhile will vary greatly from state to state: some state Democratic Parties are far better insulated from voter control than others, and some local Democratic apparatuses don’t have enough power to be worth seizing.

In the long term, though, what’s most valuable about the Democratic Party—from the progressive perspective, what’s most worth taking—is not its county, state or indeed national committees, but its ballot line. If the left wants real power it needs to win elections, and in the overwhelming majority of cases it’s orders of magnitude easier to win elections by winning Democratic primaries than by running on a third-party ticket, for two reasons. First, with ballot-access laws written by the major parties to protect their monopolies, it’s much easier simply to get your name on the ballot as a major-party candidate than as the candidate of a third party. Second, a leftist running on the Democratic line can depend on the loyalty and familiarity of Democratic voters, while a third-party candidate will need to build a new base from scratch.

Seth Ackerman lays out the case for something like this strategy in his useful “Blueprint for a New Party.” It should be emphasized that it entails quite a bit more than a series of primaries of especially reprehensible Democrats: in the long term, it requires an organization with mass membership, independent leadership and its own platform. Without organizational structure, ideological coherence and national scope, the left will remain dependent on the Democratic Party as an institution for direction and messaging, which is a recipe for losing. To put it another way: rather than staying in the Democratic Party and changing it from the inside, the left should be trying to leave it and take its ballot line with us when we go.

Hard-liners will say that affiliating with the Democrats means being co-opted towards lesser-evilism in the long term; I’m not sure. The vast majority of Sanders supporters seem capable of supporting Democrats against Republicans while remaining deeply hostile to the Democratic leadership in other contexts. The ideological challenges to a left electoral organization are ultimately less daunting than the organizational ones: the American left has vanishingly little experience running effective organizations, mobilizing voters, or winning elections.

Still, the conditions are promising. The progressive wing of the party already encompasses nearly half the party, and many rank-and-file Democrats outside the Sanders base are loudly dissatisfied with the Democratic leadership’s willingness to compromise with Trump. If we can begin to win elections and deliver on promises, we’ll attract more support. A closer look at the Ellison vote shows hopeful signs: any left insurgency will need union money and organizational talent, and the fact that Ellison attract the support of SEIU and AFL-CIO suggests that these organizations might be drawn into a left coalition after a while if it proved successful. And many other Democrats are looking for alternatives to the Democrats’ losing strategy in the age of Trump.

The DNC vote was very bad news, for the left and for the Democrats. But it did us the service of demonstrating that the Democratic leadership (including Obama, a man for whom too many progressives still feel a deeply undeserved and unreciprocated affection) cannot be persuaded. They must be fought and replaced.