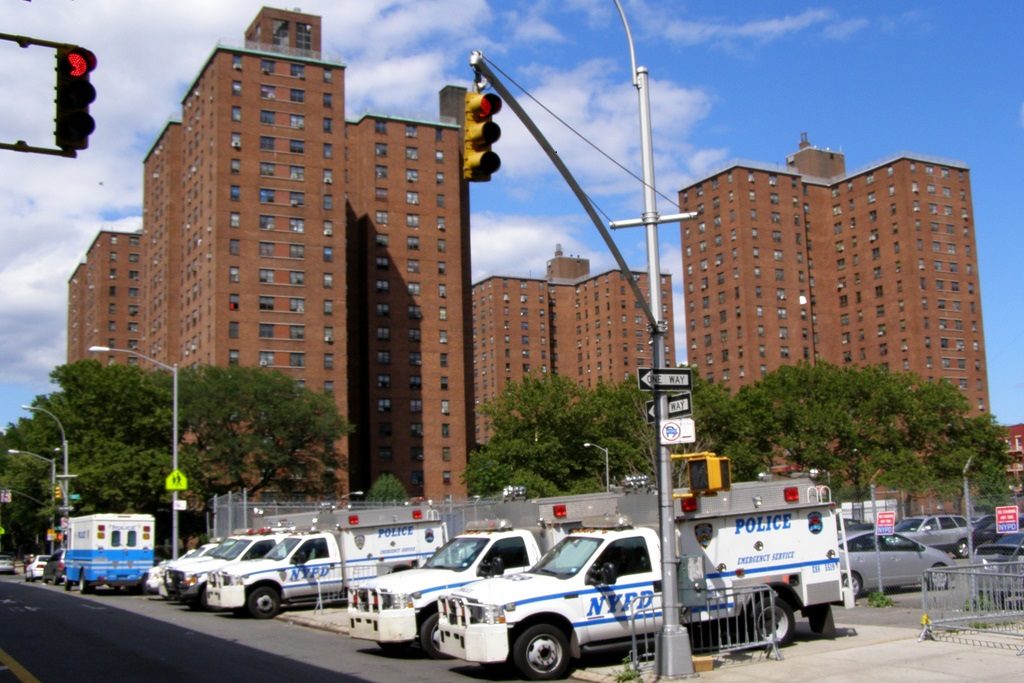 It is understandable, given everything else going on, that there has not been much controversy around the Department of Housing and Urban Development’s (HUD) new plan to ban smoking in all public housing. And after all, why should there be controversy? Liberals like the smoking ban because it’s a public health initiative, and keeps children from getting asthma. Conservatives couldn’t care less about some new public housing regulation. Banning smoking in housing projects is a plan everyone can be happy with.

But everyone shouldn’t be happy with it. Because this policy that seems totally unobjectionable is actually somewhat sinister. And the fact that the smoking ban appears so downright reasonable shows just how little the experiences of public housing residents enter into public debate.

HUD’s new ban covers “lit tobacco products where the tobacco leaves are ignited, such as cigarettes, cigars and pipes” and would restrict anyone from smoking in a public housing unit, common space, hallway, or within 25 feet of a public housing development. It’s strict: public housing tenants will no longer be able to smoke in or near their homes, and a lot of outdoor public areas already have restrictions on smoking.

The arguments for a full smoking ban in public housing seem persuasive. The American Lung Association has pointed out that secondhand smoke can pass through walls and ventilation, making the argument that a person’s right to be free of smoke is more important than another person’s right to ingest smoke. Banning cigarettes in housing projects, it is argued, makes residents healthier and better off.

But like many well-intentioned liberal regulations, in practice the smoking ban is not a magic wand that makes cigarettes disappear instantaneously. The regulation only means something in its enforcement, which means that it empowers public housing authorities to punish violators. As Current Affairs has argued before (about burkini bans), many laws that seem perfectly reasonable in their purposes become insidious when we think about how they will actually be imposed upon people (not that burkini bans are reasonable). Making a new rule means being willing to inflict some sort of punishment on people for violating that rule. And the process of inflicting punishment is often ugly.

It is not yet clear how the enforcement regime for the smoking ban will look, but homeless advocates expressed concern during the rule-making process that smokers could end up evicted for violating the ban. HUD Secretary Julián Castro has attempted to give reassurance on this, stating that “We don’t see this as a policy that is meant to end in a whole lot of evictions.” But Castro’s statement is worrying in its wording. He doesn’t “see” it as being “meant to” end in a “whole lot of” evictions. Not, “We will not be evicting people for smoking.” But we don’t see ourselves as intending to evict many people.

Evictions devastate people’s lives, and are one of the great cruel stressors in the lives of poor people. And for people who have an addiction to tobacco (one that is frequently a response to… the stresses of being poor), hanging the threat of homelessness above their heads is the least sympathetic possible response. It means that people who are already suffering with medical issues resulting from tobacco use now have to worry about whether their habit will lead to being cast out into the street.

Of course, there are other, less extreme punishments that public housing authorities can inflict. They can, for example, issue fines and citations. But fining poor people (again, for a habit that is incredibly difficult to control) means extracting pieces of the little wealth they have, without necessarily actually causing them to stop smoking. It also often leads to even more serious consequences down the line, such as ever increasing fees or possibly jail time. The result (unless one is willing to start instituting evictions) may be that there is still plenty of smoke in public housing projects, but also poor people regularly paying new fines.

But possible evictions are not the only issue. Even if no evictions occur (an unlikely result) the policy still increases the intense surveillance of the poor. Public housing projects are already miniature surveillance states. Partially as a result of socially-minded efforts by Democratic presidents (such as Bill Clinton’s crackdown on resident drug use), public housing residents have their behavior monitored in ways that citizens of private dwellings would never accept. Because the government is offering people free or reduced-cost housing, it is able to extract extraordinary concessions from them in terms of their liberty. Housing authorities regulate and police people in highly invasive ways. The extent of regulation varies by jurisdiction, but has the common feature of making poor tenants constantly “walk on eggshells” if they want to avoid having their homes taken away. (For example in Massachusetts, a 93 year old client of mine once faced eviction for spilling juice on another tenant.) Yet it’s hard for people experiencing hardship to turn down the bargain. This is the sort of logic that pushes criminal defendants to be excited about GPS monitoring, because at least it’s not jail. It’s the sort of logic that tells food stamp recipients to be happy about limits on the type of food they can buy, because at least they can get food; or employees to smile as they pee into a cup, because at least they have a job.

This is something that liberal technocrats, such as Obama administration HUD officials, do not realize. They look entirely at the public health question, ignoring the fact that they are only able to enact their dream public health initiatives on people because those people are poor. They would like to ban smoking in all housing. But they only have control over public housing. It therefore seems to make sense to ban smoking there. But this treats poor people as a social experiment, who can be “nudged” and cajoled in ways that ordinary citizens cannot. It is an open acknowledgment that public housing is not “real” housing, insofar as it does not come with the kind of control over one’s own space that one would have if one owned a home.

HUD has been strangely indifferent to this aspect of the smoking ban, even though they clearly know it exists. A Q&A on the Department website shows that the agency is highly sensitive to concerns that the ban will disproportionately affect disabled people (who cannot get outside to smoke) or mentally ill people (who are likely to have a harder time complying with the rules). Yet HUD’s responses to the questions indicate that, while they know these inequities exist, they don’t intend to do anything about them:

Q: What about residents that smoke and have difficulty getting outside, or have mobility impairments–can they be allowed to still smoke in their units?

A: As proposed in the rule, allowing a resident to smoke in their unit or building common area is not an accommodation that can be granted under these regulations once effective.

So, by HUD’s own acknowledgment, disabled people are out of luck. Likewise the mentally ill:

Q: Smoking prevalence is high among people with mental illness. Could a smoking ban be harmful to this population?

A: Although the proposed rule would not require that residents quit smoking, it may lead them to quit or substantially cut back…

This particular HUD response is especially amusing, since it entirely evades the question. We can imagine a hypothetical in which the same mentally ill people were in the habit of pressing a button, and HUD had announced plans to inflict electric shocks on anyone who pushed the button. An identical Q/A in that scenario would run as follows:

A: Although nobody is required to stop pressing the button, electrification could lead to substantial reductions in button pressing.

So HUD knows mentally ill people will probably be harassed and coerced under the new policy. But they’re not doing anything to stop it.

Amusingly, HUD has insisted that its plan does not mean smokers cannot obtain public housing, even though in practice it means that someone who smokes will likely be unable to comply with the regulations required for them to keep their housing. (We’re not saying you can’t live here if you smoke, you just can’t smoke if you live here.) 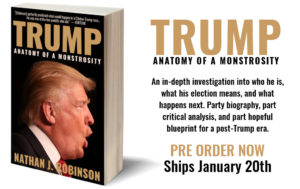 Public health policies that discourage smoking are probably desirable. There is very clear evidence that smoking, and secondhand smoke are detrimental to one’s health and are contributing causes to a host of afflictions such as asthma and emphysema. But it’s only poor people who are discouraged from smoking by punitive means. A serious effort to stop smoking across society would target the source, going after the cigarette companies who make their living killing people. Strict limits on production, stricter FDA regulations, heavy taxes can all change the incentives of production and thereby reduce the amount of cigarettes available. One might also consider the kind of advertising/labeling regulations popular in Europe, or expanding education campaigns. If HUD wanted to get people in its projects to stop smoking, it should at the very least guarantee free and readily available nicotine patches to all of its residents.

In fact, perhaps one could even consider addressing the underlying conditions of poverty and despair that might push some to smoke in the first place and certainly produce much more pressing public health issues. But well down at the bottom of the list of measures should be targeting the poorest users of the product and imposing strict penalties for non-compliance. It’s easy enough to bully and threaten people into quitting smoking. It’s much harder to actually be serious about public health concerns, and to remedy the underlying social causes of the issues.

Poor people’s lives are defined by precariousness: the constant threat of sudden expenses that wipe out one’s meager wealth, the constant possibility of job loss or eviction. HUD’s job should be to make those things disappear, to give people the comfort and stability that poverty has robbed them of. A smoking ban only increases the invasiveness of the monitoring and punishment regime to which the poor are nearly universally subjected. But further, by making these kinds of policy bargains, where you trade your freedom for a little bit of well being, we are eroding the possibility of having what we actually want – a free, healthy, happy life.