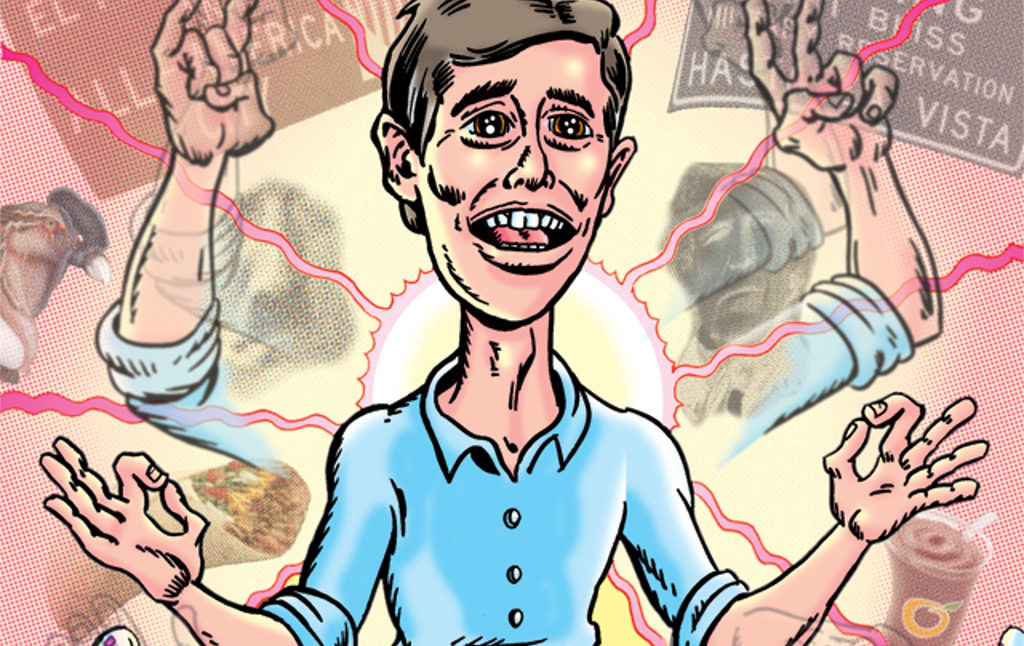 A message from Beto…

It’s 6:00 p.m. and the sky is already turning the color of push pops—a beautiful pastel orange floating above a sunflower horizon. I was Beto O’Rourke just five hours ago, but then my buddy Greg came over with some ‘shrooms and we took them. Now I am a sentient bag of spiders, but I still want to be your president.

Let me tell you something. Let me tell you this while I stand on a coffee table flapping my wings like the majestic condor I saw eating the sun a few minutes ago. I’m going to be president for the same reason that I started a punk band: because I will it to be true, and because it would be cool. No one from a punk band has ever been president and neither has a sentient bag of spiders. This is our time.

When I think of El Paso, I think of time and how it sweeps through all cities, and bodies, and the very molecules that make up this great country of ours. Think about it: A molecule that was once part of Hitler’s mustache might have just found its way into the burrito lovingly crafted by a hardworking immigrant. That’s what’s going to bring us together. That, and health savings accounts.

In El Paso we have an army base called “Fort Bliss” named after Lieutenant Commander William Bliss, the son-in-law of President Zachary Taylor. When we—all the spiders in this flesh bag you still call Beto—become president, all the military bases will be called Fort Bliss. This will help our warriors stay mindful of joy and think consciously before engaging our enemies at home and abroad. I want every American soldier to know that the heaving mass of arachnids in the Oval Office cares deeply about their mental health.

I am going to turn every post office into an Orange Julius. Man a Tripleberry Julius would be fucking choice right now…

Right now everyone is so divided. But no one is as divided as me, a self-propelled meat container of over 10,000 individual black spiders. Oh! One just had babies, so make that 12,000. Life is such a beautiful curse; I want to engulf it with my children.

I met a nursing student at the University of Texas at El Paso who told me she wants to get her Nurse Practitioner degree so she can open up a clinic on the border and help her community. I think this is a beautiful expression of humanity’s love. Which is why I will honor her commitment by erecting the most elaborate web of means tested-educational tax credit incentive schemes and sticky protein fibers that the world has ever seen. Within it we will capture the greatest minds of this generation and approximately 10 billion house flies. I will eat all of them.

The smoke detector is going off again or I am dying so let me close by saying this: I may look like your average human but I am literally a multitude of tiny spiders clamoring over each other in a vain attempt to escape this fleshy prison you call a body. It would be so rad if I could be your president. 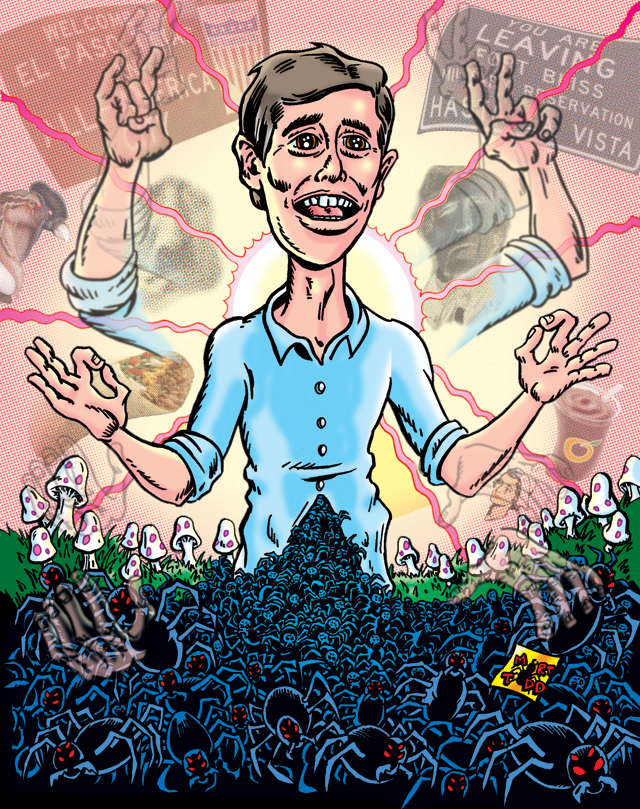