How Student Debt Is Worsening Gender And Racial Injustice 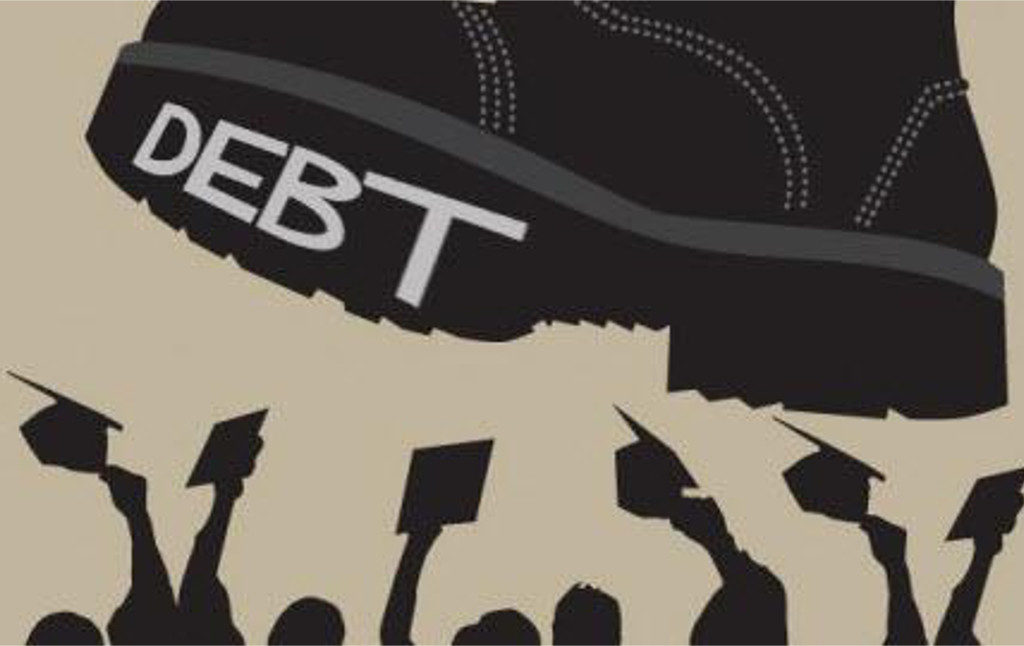 I don’t often find myself surprised by some horrible fact about student loans anymore. In fact, if I’m being honest, I probably take some perverse pride in knowing more than most people about the surprising, cruel, racist, and regressive ways that student loans hold people hostage for decades, or sometimes for their whole lives. I frequently regale my friends and family members with awful student loan facts. (Here are a few: federal student loans have no statute of limitations. They can follow you forever. The federal government doesn’t have to sue you to garnish your wages. They can send you a notice and start taking a big chunk of your paycheck a few weeks later. Even public benefits, which are off-limits to most other creditors, are fair game for federal student loans. Oh, you’re a disabled veteran barely scraping by on your VA disability checks? The feds will garnish those benefits if you have student loans in default. People in default on their student loans and suffering through destroyed credit and wage or benefit garnishment are mostly poor, mostly Black and Latinx.  Many were targeted by for-profit schools that are essentially just marketing offices with a few minimum-wage “professors”—often students who just graduated the program—on staff. I have had clients who were recruited for for-profit schools out of unemployment lines, or while homeless. They are still battling their student debt decades later. Etc., etc., etc.—I could go on!)

Last week, however, I saw a study with some facts that surprised even me. The American Association of University Women’s report, Deeper in Debt: Women and Student Loans (originally issued last year, but updated this year with some new data) found that women hold 2/3 of the outstanding student debt in the U.S.* 2/3! Women are a little over half the population, so why do they hold such a large share of the total debt? It’s true that more women go to college than men, but not that many more. Around 56 percent of people enrolled in colleges and universities last year were women. That still doesn’t account for a full 2/3 of debt being owed by women.

Here are some other possible reasons, each of which is it its own rabbit hole of injustice:

(1) Women are more likely than men to take out student loans (44 percent of women use loans while undergraduates vs. 39 percent of men)

(2) Women take out more in loans than men (by an average of around $1,500 for undergraduates)

(4) Because women make less after college (yes hello again gender pay gap), it takes women longer to pay off their loans, meaning they carry higher balances for longer and they pay more in interest.

Reasons (3) and (4) are fairly easy to understand. They are predictable results of student loans plus patriarchy. Women get paid less money to do the same things despite having the same qualifications, so of course the student loan system will punish them with more interest payments for more years. (Which then leads to the question: Are increased interest payments on student loans factored into the gender pay gap? If they’re not, then the gender pay gap is even wider than commonly reported.)

But reasons (1) and (2) are at least a little bit less intuitive. Why are women more likely than men to take out student loans to begin with? And why do they take out more? At least when thinking about “traditional” college students, i.e., kids coming from high school whose debt loads depend largely on how much money their parents have, it’s confusing to learn that women are more likely to have debt than men, and more likely to have more of it. This gender disparity can’t be put down simply to economic inequality: It’s not like rich families have boys and poor families have girls. Should we conclude, then, that parents are actually less likely to pay for their kids’ college if their kids are girls? Doesn’t that seem absurd in These Modern Times?

Well, absurd or not, it turns out that it’s true. Parents are less likely to pay for their kids’ college if their kids are girls. A survey last year found that 50 percent of households with only boys saved money for college, but only 35 percent of households with only girls saved money for college. Boy-only households were also more likely to regularly contribute to college savings and more likely to cover the entire cost of college. So, yes, despite it being 2018, and despite most college students being women, people are more likely to pay more money for their male children to go to college than their female children.

These distressing statistics get even worse when you look at race and gender. For example, the average white woman graduates a bachelor’s programs with more debt than the average white man ($20,210 vs. $18,934). Black men, in turn, graduate with more debt than white women ($25,366 vs. $20,210). But the people who really get saddled with student debt at the highest levels are Black women, who graduate with significantly more debt on average than Black men ($29,051 vs. $25,366). This means that the average Black woman graduates college with over $10,000 more in student debt than the average white man. To illustrate, let’s take two students—one a Black woman, the other a white man—with average debt loads at graduation, who repay their loans on a standard plan over 10 years at the current undergraduate unsubsidized interest rate. (This is a huge assumption, since women and nonwhite borrowers are more likely to be in default on their loans and more likely to be in income-based repayment, meaning they will accrue more interest and be in debt far longer.) Even assuming our two people make their standard payments, the Black woman graduate will have to pay back $12,459.59 more than the white man overall, and $2,342.59 more in interest alone.

Those disparities both contribute to and result from the absolutely insane gender/race wealth gaps in the US. Most of you reading this have probably seen the headlines, but the facts are worth repeating, and they’re very relevant to all discussions about student loans. Black families own about $5 of wealth for every $100 white families own. (Read that again: Black families, nationwide, own $5 for every $100 white families own.) As of 2015, Black households in Boston owned $8 on average, while white households owned $247,500. This is a large part of the reason why white students are more likely to pay for college up front and less likely to come out burdened with massive student loans. The fact that Black students come out of college burdened with student loans is also depressing Black wealth, making it all the harder for the next generation to narrow that enormous race-wealth gap.

Again, these racial wealth disparities get worse when you add in gender. As of 2015, here are the median wealth amounts for single people by race and gender:

Generally, when there’s a program that requires poor people to pay more money to the government than rich people, it’s called a regressive tax. Now, someone will inevitably point out that student loans are money borrowed to be paid for a service, that interest on a loan is not a tax, etc., etc. Sure, whatever. But going to college, now, is a thing we encourage every student to expect for themselves and aspire to. It is indisputably a tool for class mobility and is increasingly essential to participate in the job market. So the fact that poor people, women, and people of color pay so much more for it should be troubling.

Solutions? Here’s the simple one: Forgive all student debt. This solution has been gaining some traction lately in a way that warms my debt abolitionist heart. Even the Washington Post ran a sensible op-ed noting that lawmakers are perfectly happy to give away $1.5 trillion in tax relief, but somehow $1.5 trillion in student loan forgiveness is anathema. That’s crazy. If you want to inject some money into the economy, why not do it in a way that will allow a bunch of people to make rent and maybe even buy some things, instead of a way that will make rich people richer and will probably not grow many jobs?

There are some other small steps the feds could take to mitigate the student debt problem, but they’re almost not even worth talking about if they’re going to take any attention away from forgiveness. Forgiveness is the obvious answer. Forgiveness plus a free college option is sometimes characterized as some kind of utopian fantasy policy, but it’s actually an extremely sensible choice. But fine, if you want to hear some of those small-scale, piecemeal policy options, here are some: (1) make student debt dischargeable in bankruptcy again; (2) make income-based repayment a default option and make people opt out if they want to pay off their loans more quickly (i.e., no one should ever be in default unless the feds can prove they have a sufficient income and are refusing to pay—this isn’t great but would be better than the status quo); (3) stop letting really shitty schools be eligible for federal aid; (4) stop garnishing people’s public benefits (ffs); (5) stop charging interest; (6) stop charging collection fees; (7) if you really think you need to garnish someone’s wages, do it through a court like every other lender, so they at least have a decent opportunity to present a defense; (8) forgive everyone’s loans after 10 years. That’s just off the top of my head. There are definitely smarter people out there with more and better ideas.

Race and gender wealth and income gaps in this country are a disgrace. Improving access to higher education for women and people of color is a fine way to start to address those gaps (though it’s not nearly enough on its own). But expanding access to college through a student lending system that puts larger burdens on women and people of color is counter-productive to say the least. We are taking our urgent inequality problems and (literally) adding interest to them.

*This article focuses on women and men as the operative genders for comparison because that’s what the AAUW study does and that’s where most of the research is. I haven’t seen any data on what student loans and outcomes look like for non-binary student borrowers, or others who don’t fit into the man/woman framework. Given that injustices in student loans seem to pretty closely mirror injustices in the broader economic world, I’m guessing outcomes for non-binary students are even more unfair. If anyone knows about this, Current Affairs would love to hear from you.