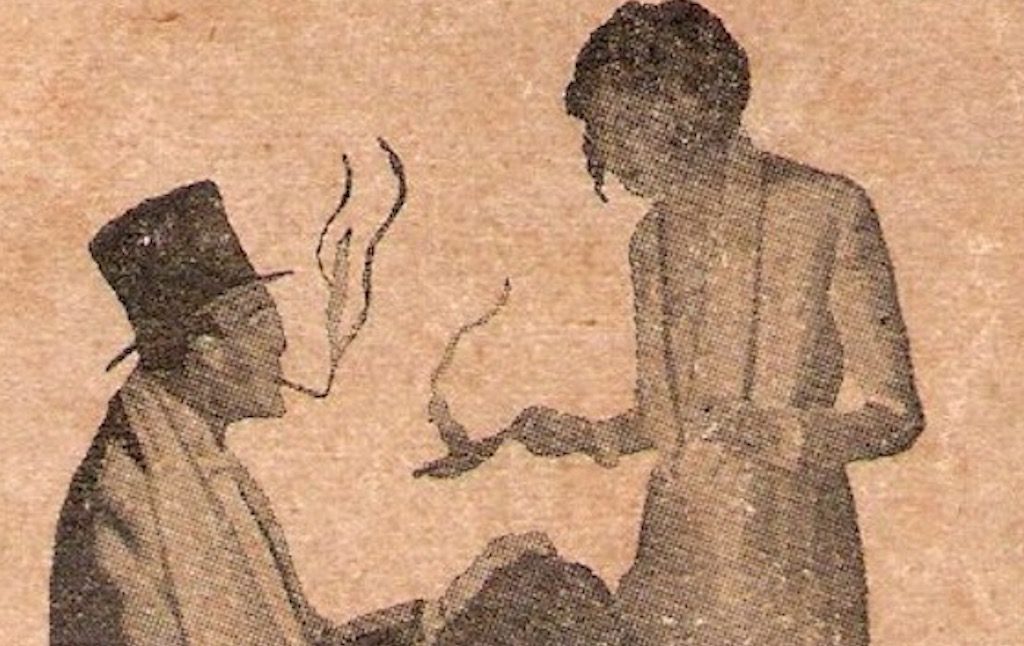 What the editorial staff has been reading lately…

Every week or so, with Current Affairs’ usual stunning commitment to the existence of linear time, we’re going to try to bring you a roundtable discussion with your beloved Current Affairs editorial staff. For our inaugural post, here’s a peek into the books, articles, and horse-dick plays the editors have been into lately.

NATHAN J. ROBINSON (EDITOR-IN-CHIEF): Aside from my usual intake of horrible Wall Street Journal opinion columns and luxury real estate features (the latest: How you can move your 10,000 square foot McMansion to higher ground as climate change sets in!) I have been reading: Nate Silver’s The Signal And The Noise [2012], because the cruel folks at Citations Needed have asked me to come on to talk about Nate Silver. It’s actually fascinating though, because the core message of the book seems to be “don’t make brash overconfident predictive statements of the kind Nate Silver makes constantly on Twitter.” It’s kind of a manifesto for caution in punditry, one he would do well to reread, though it also ends up implicitly holding up moderation as some kind of empirically superior worldview. (You can see the consequences of this even within the book: Written in 2012, it uses the example of Donald Trump being the Republican nominee as an example of an absurd prediction.)

ELI MASSEY (BUSINESS MANAGER): Three things: 1) Norman Finkelstein has a lesser-known, short memoirish book (The Rise and Fall of Palestine: A Personal Account of the Intifada Years) recounting his time in Palestine during the First Intifada that I’ve found fascinating. 2) In light of Ayanna Pressley’s anti-BDS vote in congress, I reread this article in the Intercept from a year back about how she ran to the right of the incumbent she unseated on foreign policy and other issues, had establishment backing and financial support, and was unable to name specific policy differences between herself and the incumbent. 3) I’m frothing at the mouth as the Democratic debates continue to proceed without Mike Gravel on stage. This article gets at some of the reasons why.

SPARKY ABRAHAM (FINANCE EDITOR AND RESIDENT “CALIFORNIA GUY”): I am reading the bible and listening to my heartbeat

VANESSA A. BEE (ASSOCIATE EDITOR): I just finished inhaling Imbolo Mbue’s debut novel Behold the Dreamers, which follows a Cameroonian couple at the height of the 2008 Financial Crisis as they navigate the American immigration system while working for the 1%. I was destined to stan this book: The premise hits so many of my personal interests. Mbue transports the reader into a different culture, her own, effortlessly and without relying on the ignorant-African caricatures that have long fed writing by certain non-Black writers (um, here’s looking at you, Delia Owens). I appreciate that the author also gave a face to undocumented people who are from places other than Central and Latin America. The dialogue had some shortcomings—the American Wall St executive’s voice felt a little contrived at times—but it was overall a lovely novel. I’m now halfway through What It Means When A Man Falls Down From the Sky, Lesley Nneka Arimah’s new collection of short stories. (Guess I’m still trying to make up for an entire childhood of not seeing Africans in the literature assigned in school??) Arimah’s book is wonderful so far, and most fun when she plays with form. Okay, one last plug: Lizzie Presser’s long New Yorker piece on the insidious ways in which Black South Carolinians have been dispossessed of their land over the last few generations.There are many, many reasons why reparations make a whole lotta sense and simultaneously present real complications. Presser’s piece illustrates these tensions well.

LYTA GOLD (AMUSEMENTS AND MANAGING EDITOR): Ooh I’ve read that Lesley Nneka Arimah book! It’s great. Okay so for Reasons That Will Be Disclosed At A Later Date, I had to read or re-read three Barbara Ehrenreich books in the last week: Natural Causes, Bright-Sided, and Living With a Wild God. I love the last one so much: It’s this incredibly personal, unsparing memoir combined with a sincere quest to understand the ineffable. She’s trying to describe from a skeptical, scientific point of view what it means and what it feels like to live in a natural world that’s fundamentally alive, rather than solved and mechanistic. Also Ehrenreich is just so honest about herself and so staggeringly smart.

ROBINSON: I’ve also been rereading Peter Marshall’s Demanding The Impossible: A History of Anarchism, which I loved in college. A bit of my book on socialism [editor’s note: forthcoming from St. Martin’s Press!] is about Marx and I was looking up the anarchist criticisms of him. Proudhon has some wonderful quotes, including his letter to Marx where he warned “for God’s sake, after having demolished all the a priori dogmatisms, do not let us in our turn dream of indoctrinating the people.” Oops! Also there’s a good chapter on Gandhi in Marshall’s book with a quote from Gandhi that I’d forgotten: “I do believe that, where there is only a choice between cowardice and violence, I would advise violence.”

you heard it here folks

GOLD: In between Ehrenreich I read two YA graphic novels: Estranged and The Prince and the Dressmaker. “Gasp! Why would you read something as trashy as YA graphic novels?? Aren’t you scared that strangers on the internet won’t think you’re cool???” Genre boundaries have this long history of being tied up in class and gender nonsense, and that has a lot to do with how we dismiss books geared at “the masses” and especially at young women. All that being said, I find a lot of contemporary, commercialized YA just super weird: It treats readers like they can’t handle messier themes or ambivalent endings (where traditional children’s literature was often dark and troubled as hell, which is part of what makes it so timeless.) Both of the graphic novels I read were good—they had great art and great ideas—but they had these shiny happy endings that fell really flat to me. Not sure the world is ready for my hot take: “I wish children’s books were darker and more fucked up.”

AISLING MCCREA (CONTRIBUTING EDITOR AND PODMASTER GENERAL): Last week I dragged myself through one of London’s hottest days on record to see Equus, because I’m afraid if I don’t see a play at least once every two years people will think I’m an uncultured swine and yell at me. Equus is an Important Play from the ‘70s about a teenage boy who is religiously and sexually obsessed with horses. After seeing the play I went home and read the script, which is slightly dated—lots of cod psychoanalysis and snarky commentary on how parochial and unimaginative housewives are—but it has some nice turns of phrase. There’s this bit about how “life is only comprehensible through a thousand local gods,” about how life becomes imbued with meaning if you choose to see wonder in the minutiae of buildings and objects and people. I like that a lot. Even if it comes from a play with lots of weird horse bits.

I’m also reading False Profits, a book about Multi-Level Marketing and the prosperity-obsessed mindset that leads people to fall for them. Sparky lent it to me, because he’s nice. Also just finished The Royal Art of Poison by Eleanor Herman, which is nominally about the history of poisonings among the European aristocracy, but is really about how gross it was to live any time before 100 years ago, all the time and in so many ways, even if you were rich.

Oh, and reading bits and pieces of Dorothy Parker whenever I get a chance. I start too many books at once.

BRIANNA RENNIX (SENIOR EDITOR): The stack of books on my bedside table, which is constantly being reshuffled: The Debatable Land: The Lost World Between Scotland and England (I wanted to read about a DIFFERENT border for a change), City of Omens: A Search for Missing Women on the Borderlands (ugh, why do I keep doing this to myself), The Silmarillion (rereading for the millionth time), a strange old book called A Perfect Gentleman (mailed to me unsolicited by Nathan J. Robinson, presumably as a tribute to my perfect gentlemanliness, or a subtle reproach for my lack of the same). But most of my time lately has been spent reading a recent decision by the Attorney General in an immigration case called Matter of L-E-A, which is now poised to ruin the lives of thousands of people! So, almost as bad as Cormac McCarthy.

ROBINSON: Oh and I am also cramming as many PG Wodehouse novels in as possible for the article Brianna and I are writing on him. If this results in a lot of “What ho!” and “I say!” creeping into my speech for a few weeks, that’s why.

GOLD: Between you and Brianna, who is the Wooster and who is the Jeeves?

RENNIX: We are both Psmith. 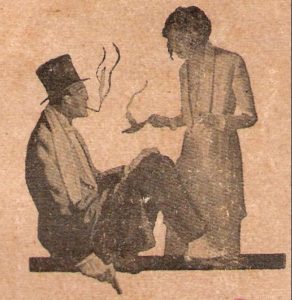 If you appreciate our work, please consider making a donation, purchasing a subscription, or supporting our podcast on Patreon. Current Affairs is not for profit and carries no outside advertising. We are an independent media institution funded entirely by subscribers and small donors, and we depend on you in order to continue to produce high-quality work