Love Letter To A Soulless Corporation 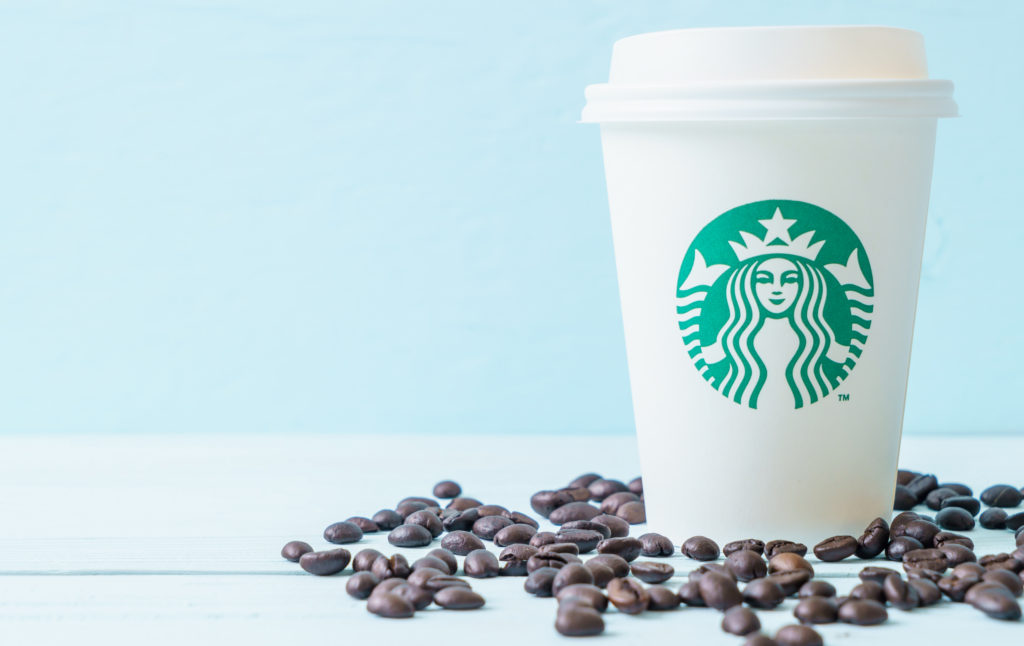 Starbucks is terrible. It also holds important memories for many suburbanites.

It is 2005, and I am wearing cheap lip gloss and knockoff UGG boots in a town you’ve never heard of. By traditional measures of living standards, it’s not a bad place to be—a seaside town where unemployment is consistently low, the local hospital has a pretty good reputation, and the countryside is just a short drive away. The group I’m wandering around town with are all about 13, and we all fucking hate it. Left to roam the streets on a school half-day, we swarm the pastel-bricked streets in vulgar clouds—not criminals or even petty ne’er-do-wells, just kids brimming with the vague agitation that comes from not having anywhere to go. Last time the school had a half-day, we were supposed to meet up with a group of other kids, who never showed up. It turned out one of them had, in an act of raw spontaneity, jumped off the pier and broken his arm. The consensus was that he had done this to show off to his friends and misjudged the distance—personally, I suspect it was just a creative way of filling an empty afternoon.

After doing an aimless circuit or two of the town center, we decide to sit in the Caffè Nero. Caffè Nero is a popular “Italian-style” coffee chain in the UK with 668 outlets dotted throughout the country (as of 2014, there are also 25 in the U.S., mostly in the greater Boston area). They have big white cups, little individually-wrapped chocolates at the counter, wood panelling, and enlarged photographs of wrinkled Italian men reading wrinkled Italian newspapers. We’re all trying very hard to like coffee. I occasionally have a cup of hot milk at home with a little bit of coffee in it, which I do enjoy—I think, from the diagrams helpfully plastered on the wall, this is most similar to a “latte,” so that’s what I order. A friend of mine tries his first coffee, one of the special ones with white chocolate and caramel and cream, more like a dessert than a beverage. He puts four packets of sugar in too, before even tasting it—he wants to be sure he won’t dislike it, because he knows that when he’s an adult businessman, he’ll have to drink coffee in meetings. When he finally takes a sip, he does a spit-take and we all laugh about it for weeks. We get a lot of mileage out of it—there aren’t a lot of other events to reminisce about.

I’ve been thinking a lot recently about what it means to grow up in the suburbs. Specifically, I’ve been noticing the differences between the creative inspirations and endeavours of people who grew up in major cities, compared to those who grew up outside them. (Bear in mind, this is possibly an entirely spurious connection I’ve made here—I’ve been too busy drinking my way through winter to commission a dedicated research project.) Generally speaking, the city creatures I’ve known have been products of and contributors to specific “scenes.” Maybe as a teenager they liked a certain music venue or neighborhood, whose faces and figures became familiar after regular weekend visits—they would go to see one beloved band, who’d open for another, who’d become a new favorite to emulate and maybe even befriend—they would come to have a sense for the good places to eat and drink, far away from the places where the tourists go. The city’s scene would open itself up to them, flower-like. Of course, not everyone who grows up in a city has some cool documentary-worthy adolescence—there’s drudgery and banality everywhere—but from speaking to people I know, there is at least a sense in cities that something is happening around you. If you can’t get in the door—the door behind which excitement and creation and possibility is happening—you can at least see the door, hear the sounds escape from underneath it.

Growing up suburban, there is only a dim sense that there might be a door somewhere, in a place that may as well be Narnia, and the key is held by people who aren’t you. Culture and music and food from countries you couldn’t place on a map—these belong to other people, they are rare commodities that can only be loaned to you on special weekend trips to visit your cool older friend in the city, or seen second-hand through a screen. Suburban kids build their cultural world the way magpies build treasure troves, picking up whatever oddments of interest that happen to be floating around their quiet streets—the George Carlin CDs borrowed from a grumpy uncle, the weird French film caught on late-night TV, the taste for banh mi picked up from the town’s single authentically non-Western restaurant. To put it simply, suburban kids take what they can get when they’re building their tastes. Sometimes this results in a surprising eclecticism that causes them to start a truly original creative project and become the next media darling. More often, it means we end up bored out of our minds and spending a lot of our time at Starbucks.

It is 2010 and I’m miserable, for reasons that are too boring to get into. I’ve recently moved for university, to a place which plays host to all the usual franchises, as well as a strong counter-cultural scene and a lot of thriving independent businesses (though the city is becoming increasingly expensive and difficult for its working-class denizens). My dorm is poorly built and I sleep in a five-foot-two bed that’s fixed in place, with a three-inch gap between the bedframe and the wall that is impossible to clean properly. When I lie down, I can see the buildup of dust and crud in the gap, plus an empty Doritos packet that the previous tenant must have dropped down there. It makes me feel ill. Always, I crave loveliness and warmth, and I seek it in the dregs of a coffee cup. I am dimly aware that I have a desire, bleating away in the back of my mind, to seek out small hangouts run by and for people who actually live here, and to not be just another bougie student ruining the neighborhood. But honestly, a much bigger part of me wants Starbucks.

On difficult days, I love to go there after class and blot everything out—the saddest possible variation on a drinking habit. I like the names of the improbably complicated orders you could make, which—in spite of being the subject of many a hacky standup routine —still makes me feel cosmopolitan, like a plucky TV heroine making her way in Manhattan. I like the impractically large sizes you have to race to finish before they get cold—the sense of abundance makes me feel nourished. I like the sticky, sickly syrups in all those baked-good flavors. I like that everything’s the same as in any other branch, because when things get bad, I can go there and pretend I’m anywhere I want. And even though I know about the tax-dodging and the dangers of globalization and… all that stuff, I can’t break the associations I’ve had since I was 13 years old. Starbucks and Caffè Nero and every other franchise that’s supposed to represent a cultural vacuum—they still represent glamour to me, just as McDonald’s represents the excitement of a childhood birthday to a lot of us. I couldn’t snap my fingers and get rid of that, any more than I could get rid of a fondness for Disney movies or Kraft cheese.

Excepting the rare few of us raised by strongly anti-corporate types, most people in the modern West have some strong attachment to products marketed to us by big companies that don’t always act very nice. It’s part of the reason why I believe that changes to these companies have to be forced by mass political action, not by individual consumption choice. It’s been the fashion for a long time, peaking perhaps in the 1990s and early 2000s, to decry consumer culture as “phony” and advertising as a drug. This isn’t wrong, perhaps, but it doesn’t make the associations people have with consumer products and large businesses any less real. That goes especially for suburbanites, for whom these places were our adolescent playgrounds, their products a small but thrilling echo of the products we imagined “city people” would consume. It probably sounds silly to a lot of people, but coffee chains meant something to me that an independent coffeehouse didn’t. (They don’t any more, incidentally—when I see a stray Starbucks or Caffè Nero in the street, I check my pulse and don’t feel it quicken one bit—but the bond I had with those places only faded after years of living in major cities with more to offer.)

The small-town love of franchises can be an easy target for disdain. In 2012, an 85-year-old columnist for a local newspaper in North Dakota went viral for her passionate review of a newly opened Olive Garden, prompting mockery from those who found it hilarious that someone would have a genuine reaction to “fake” Italian food (though Anthony Bourdain was not one of those people—he not only defended her on Twitter, but ended up publishing a collection of her columns). But spare a thought for us poor suburban kids. We were bored, and frustrated, and heavily discouraged from loitering (loitering is legalese for “existing in a space without spending any money”). And these places were a kind of refuge for us, and they took on a meaning, even if that meaning is difficult to reconcile with the cynical reality that it was all cooked up by marketing. My affection for these coffee chains was the artificial tied up in the real; my memories of my friends and our idle chatter were real. Combing the sand out of our hair in the toilets while we gossiped, under a picture of an Italian peasant woman probably okayed by a 15-person committee? Real. The craving for another life was certainly real, and one I suspect is common to all teens regardless of where they grow up. But I didn’t have a “real” place in which to have these experiences. I had the suburbs, and the imitations of reality that the suburbs offer.

So cut suburbanites some slack. We can only build our treasure troves with what we’re given.