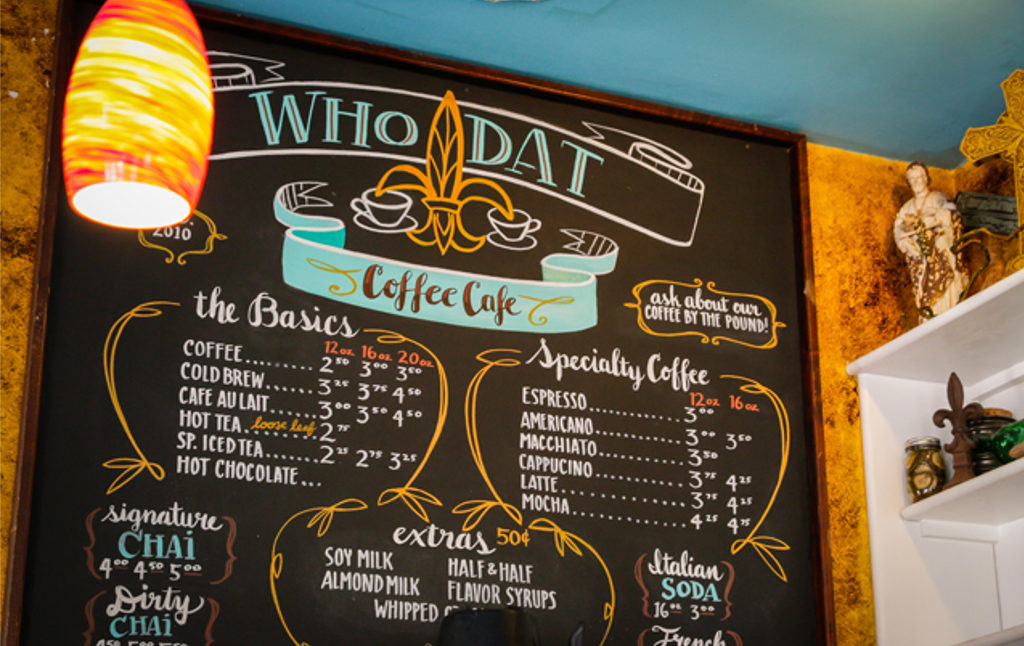 An obvious point about a Free Market myth…

A coffee shop near my office recently went out of business. No surprise: It was across the street from a Starbucks. But it reminded me that the idea of the Free Market satisfying consumer “preferences” is nonsense.

When Big Box stores or corporate chains show up in town, and the “mom and pop” stores disappear, many people will lament the arrival of the chain. But they will be informed that what has happened is a gain in economic efficiency. Yes, Wal Mart is gigantic and can undercut the “mom and pop” stores’ prices. But the people of the town had a choice: They could have had higher prices and “small business” or lower prices and “big business.” The people chose lower prices. Criticizing what happened means criticizing the freely-made choice of consumers. Should they have been forced to pay higher prices and go to a store they clearly didn’t prefer?

Now, I want to leave all issues about whether big business Creates Jobs and whether those jobs are better or worse. Here I want to focus on a narrow contention: the idea that if Starbucks comes to town and puts another coffee shop out of business, it necessarily reflects the preferences of coffee-drinkers in the community and whatever price-coffee combination Starbucks was offering was more appealing to more people.

This isn’t necessarily so, though. When Starbucks moves in, it could charge exactly the same prices as Friendly Neighborhood Coffee. And perhaps, with prices the same, Starbucks coffee being garbage, and the company surviving solely on branding and convenience, only a fraction of the coffee-drinkers would switch to Starbucks. The majority of them stick with FNC. Starbucks may still put FNC out of business! As we know, it’s far cheaper for Starbucks to produce each individual cup of coffee than it is for FNC, thanks to economies of scale. They order greater quantities of ingredients and paper cups and such, so each one is far, far cheaper. Starbucks will make far more money charging $5 for a latte than FNC will. If FNC’s marginal profits are quite low, even a small amount of defection of its customer base to Starbucks could kill it. Every day, more people in the community choose FNC over Starbucks. The Starbucks is half-empty, the FNC is three-quarters full. It doesn’t matter. FNC’s going down, and then its customers are left with Starbucks from then on.

Here’s the implication: Given two options, A and B, most people in a town may choose B, yet end up getting stuck with A. The story we’re told to justify the effect of chains on small businesses is that they end up satisfying a community more. But they can easily result in the opposite. Thanks to the concentration of corporate power, we get an undemocratic result. Now, in the example I used, the chain didn’t even need to undercut prices in order to massacre the competition. It’s enough just to peel away a few of their customers who have some minor preference for the chain for other reasons. (Although theoretically, zero people could favor the chain over the small business, and the small business still goes broke. If there is a sufficient proportion of the population that basically chooses where they go at random, and half of those people end up going to A and half to B, then the entire population could be comprised of People Who Don’t Care One Way Or The Other and People Who Prefer B, and the town ends up with A.)

It’s easy to see how, carried out over a period of time, this process could destroy local variation and the ability of local preferences to determine what local people actually get. A company grows large in the United States, then decides to take over the entire coffee business in, say, Canada. Canadians might not want this. They might overwhelmingly remain patrons of their favorite Canadian coffee shops. But the question that determines whether those shops remain is not “How many people want them and how much do they want them?” but rather “Is the U.S. company powerful large and powerful enough to destroy its competitors?” Whether New Orleanians and Canadians get to drink their favorite coffee depends on whether other people in other places have made companies large enough to come in and dominate. (It’s easy to see how this can produce an ugly kind of imperialism when it happens in poor places! And I’ve not even gotten into the massive differences in “how much people’s preferences matter in the market” that result from vast inequalities of wealth.)

The idea of “letting the market decide” is that businesses compete for customers, and people choose the products or services they like the most, and those products or services win. It seems very logical at first. But differential amounts of wealth and power will mean it doesn’t happen that way. The Amazon bookstore can come to town and shut down the little community bookshop even if most people still shopped local. In fact, Amazon can ruin pretty much any small business it wants! All it needs to do is lure enough people away. It will win every competition. Once you have concentrated corporate power, it may no longer be true that the triumphant business offers the best “quality of deal.” (And of course, once it has killed every small business, it can always start offering a substantially worse quality of deal than those others offered, but people are stuck with it forever, because nobody can possibly hope to compete. Amazon is on its way to being virtually monopolistic, and once it succeeds, there will be no such thing whatsoever as “free choice” among competing products. This is one of the reasons people are talking about reviving strong anti-trust enforcement!)

Most defenses of the existing concentrations of economic power rest on fables. They treat the market as if it were a world of lemonade stands rather than gigantic behemoths that will eat you alive the moment you compete with them. If you invent a nifty new type of coffee that most people like better, they can threaten you with a carrot/stick approach: Sell the rights to it to us, or we will ruin you. Then, they may not even sell the device, even if everyone wants one! (This forms the plot of the charming 1950s British film The Man In The White Suit, in which a chemist invents a suit that never gets dirty, and both soap manufacturers and labor unions—people had unions back then—stop the thing from reaching the public. The usual reply here is that if there was a market for it, some venture capitalist would obviously invest, but nine-dozen millionaires won’t be able to stop an extremely determined Jeff Bezos.)

For the purposes of this example, I have completely accepted the foundational premises of mainstream economics, which I actually totally reject. (The concept of “rationality,” the lack of distinction between price and value, etc.) But even if we pretend to be strict utilitarians, and care only about “the maximization of well-being units,” Starbucks coming to town can clearly make your community worse off.

Unsurprisingly, here in New Orleans, Starbucks is continuing its steady penetration and destruction. They’ve just announced that they’re opening their first location in the Marigny, a historic neighborhood known for its independent coffee shops and its total lack of corporate chains. New Orleans has held out against corporate domination for a long time. It’s fiercely committed to its local institutions. This is a town that loves its coffee, and most people are not going to go to the Marigny Starbucks. But it won’t necessarily matter.